The Modern Music Video: “I Am Easy To Find” 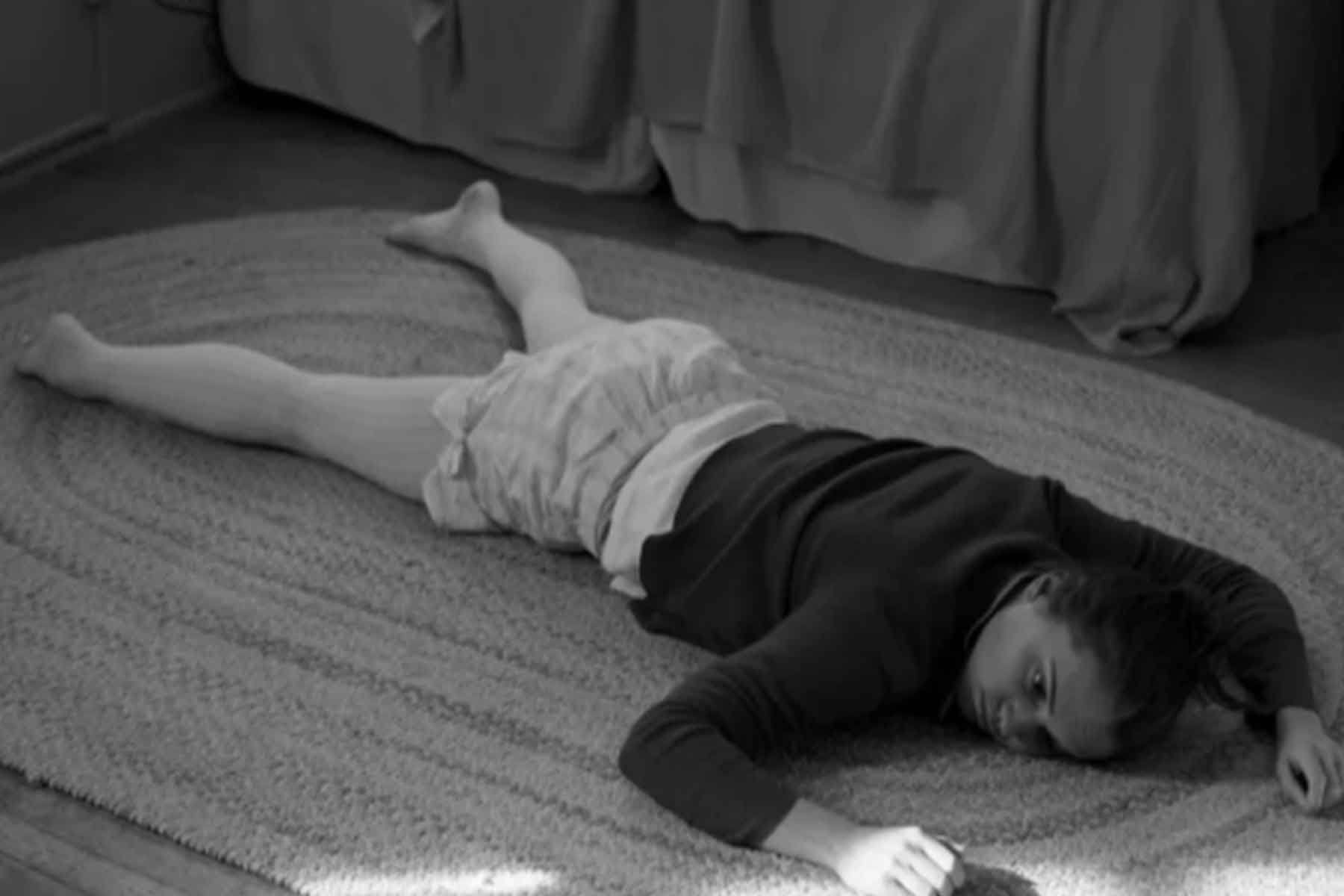 The Modern Music Video: “I Am Easy To Find”

Music videos have been changing for awhile now. The form always had its occasional creative auteurs behind the camera. But the streaming revolution (and the ability to release entire albums without warning) did more than just disrupt the music industry; it started to re-define the way we understood music videos and short films. In this article series, ‘The Modern Music Video’, we highlight music video/short film hybrids that are charting new territory for both mediums.

With I Am Easy To Find, the short film and the music video are hardly distinguishable from one another — and we believe it’s for the best. This is the rare short to inspire an album (rather than the other way around) and shows how cinema can bring out exciting new possibilities in bands and their musical career. Directed by Mike Mills (Beginners, 20th Century Women), the short follows one woman (played with incredible range and heart by Alicia Vikander) as she goes from birth to death. While the cradle-to-grave biopic is well-trod territory, I Am Easy To Find breathes new air into it by avoiding most of the usual trappings.

There’s virtually no (discernible) dialogue throughout. Just subtitles, color cues, and imaginatively-layered excerpts from new songs by the rock band, The National (whose album of the same name came out last week). Though the film’s premise might sound abstract or hard to get around, the execution makes for an accessible, empathetic and emotional experience.

Here are some of our favorite aspects of I Am Easy To Find.

Alicia Vikander embodies someone from when they are first born to when they are on their deathbed, using movement and expression rather than makeup or digital tricks to age along the way. Complementing this complex balletic performance (Vikander was herself trained as a ballet dancer) is the film’s sense of perspective, growing and maturing alongside her.

When Vikander’s character is in her first few years of life, she occupies an observational position on the world. Everything is to be viewed and observed, not entirely being understood yet. To create this feeling in us, the camera isolates objects and people against monochrome backgrounds, as if for a photo shoot. 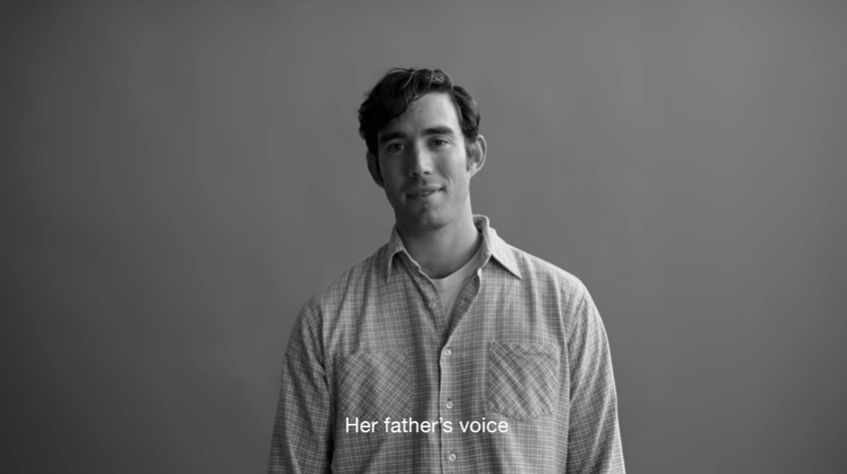 Everything from dust particles in the light to flowery wallpaper take on an ethereal hue under Mills’ direction. The camera slowly moves in on inanimate objects, giving each one a special presence and a quiet strength. When juxtaposed against her parents, in scenes like when she is in the back of a car and hearing them fight, the camera makes Vikander feel like a helpless child even though we clearly see her as a fully-grown woman. 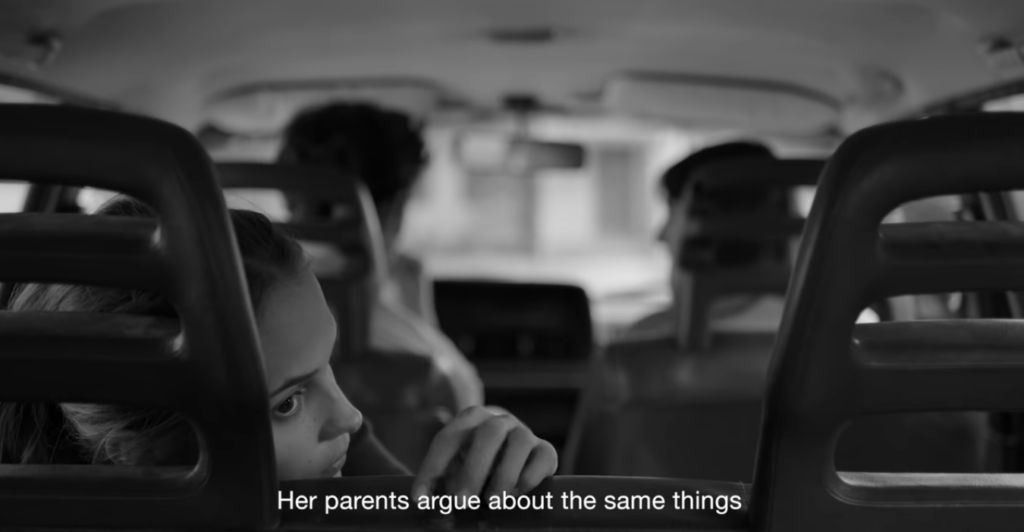 Her childhood and adolescence are defined by space and depth. She runs off to seemingly-unending vistas on more than one occasion. The film asks at one point, “Could she run forever?” 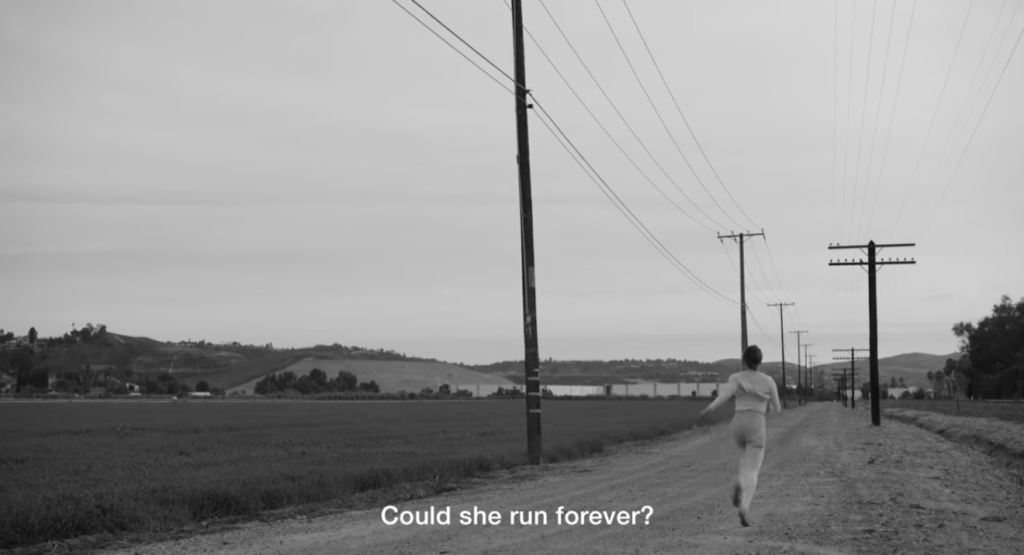 Predictably, with adulthood, life becomes more complex, more arduous, and the places we work in and live start to flatten out — even feel stifling. Instead of roaming free in the real natural world, she paces back and forth across empty rooms, where the closes thing to nature are painted landscapes. 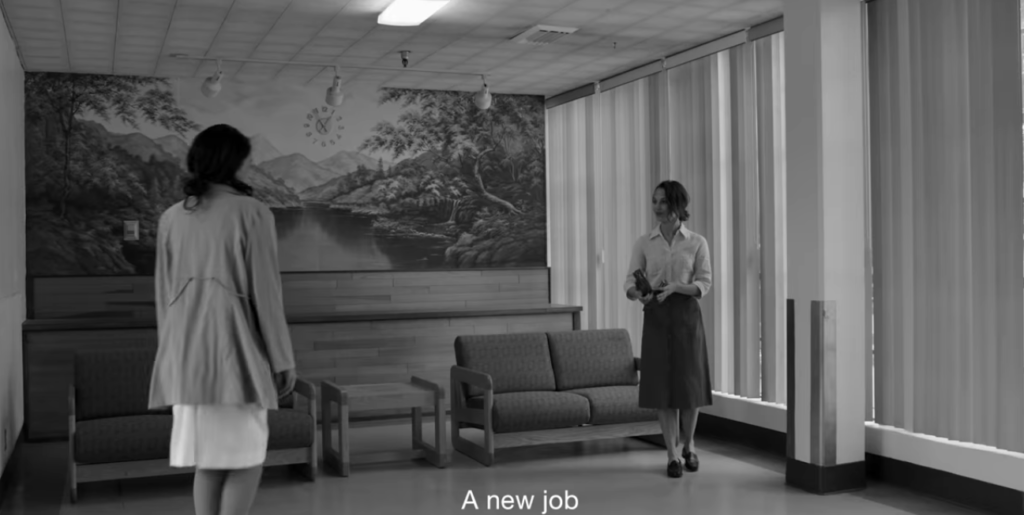 In the way only a short film can, I Am Easy To Find‘s most poignant truths come across, not through dialogue or a plot point, but by merely observing the camera.

Another major motif in I Am Easy To Find is the cyclical nature of our lives. Even when we don’t mean to, we end up becoming like our parents — and eventually, in our old age, become as dependent and fragile as our infant selves. The film returns to certain images or actions that signal this. For example, the caption with Vikander in the car (“Her parents argue about the same things”) comes back again when she argues with her husband. We never know the reason for the fights, or what they say — but does it really matter in the end? 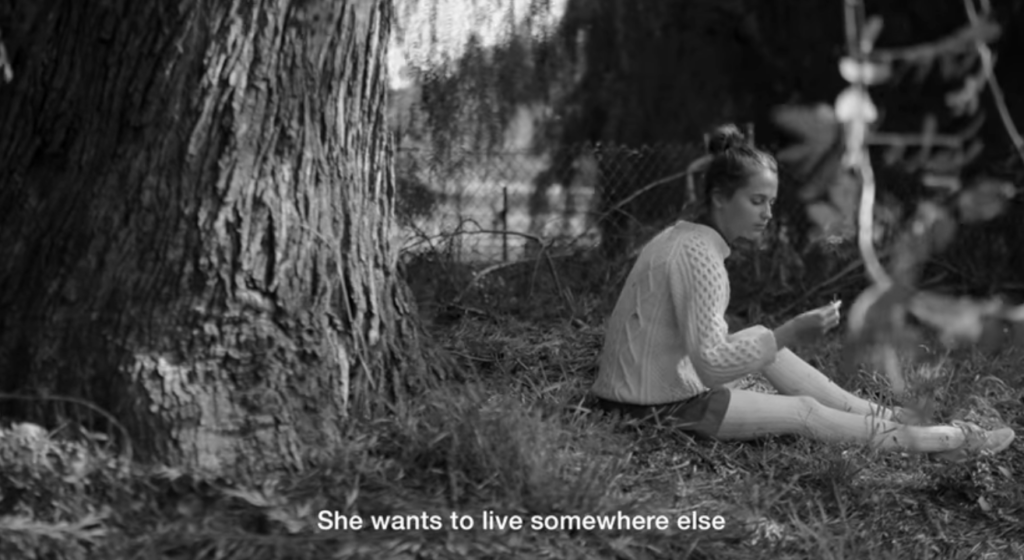 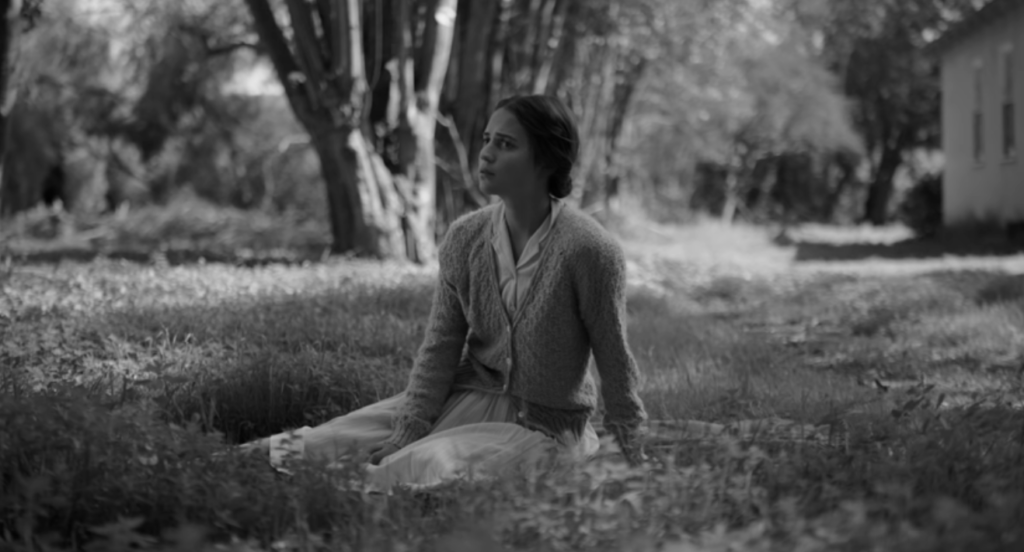 Other recurrences are visually telegraphed, like when an aging Vikander lies on the floor as she did in her youth. She makes new best friends as a child and she also makes new best friends as an elderly widower. Further blurring the distinctions of time is the fact that Vikander is, despite some minor changes in hair style and dress, largely the same-looking woman throughout. In scenes such as this (and of the dancing mother near the end), we are reminded of a youth that never really goes away, no matter what the exterior may show.

And, of course, life ends as it begins with the same beginning and final shots — a view up, into the heavens, from our limited human vantage point. 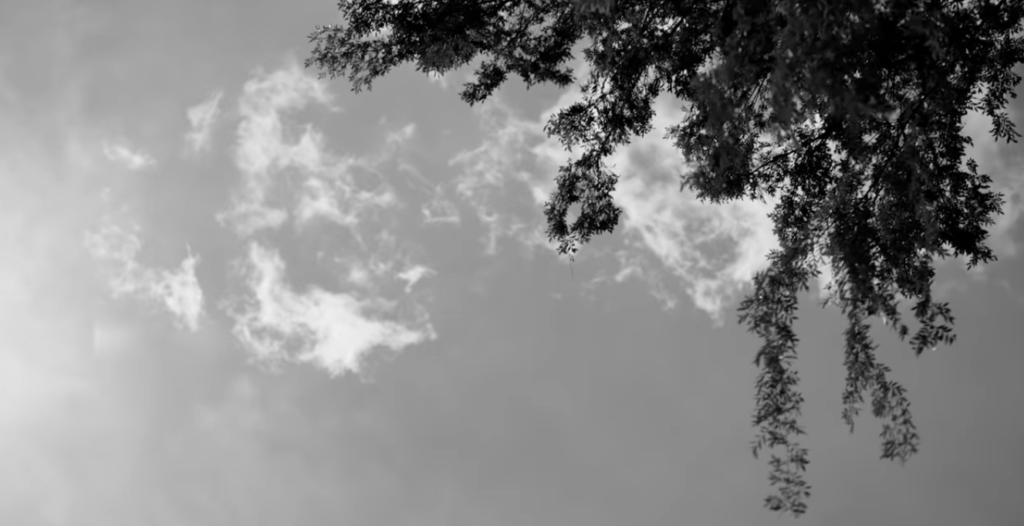 Finding The Colors In The Music

Though this short film certainly functions as a standalone piece of art, and was conceived apart from the album of the name same, the intertwining influences of The National and Mike Mills here make it impossible to truly separate the musical from the visual. That Mike Mills went on to produce the album is no surprise. 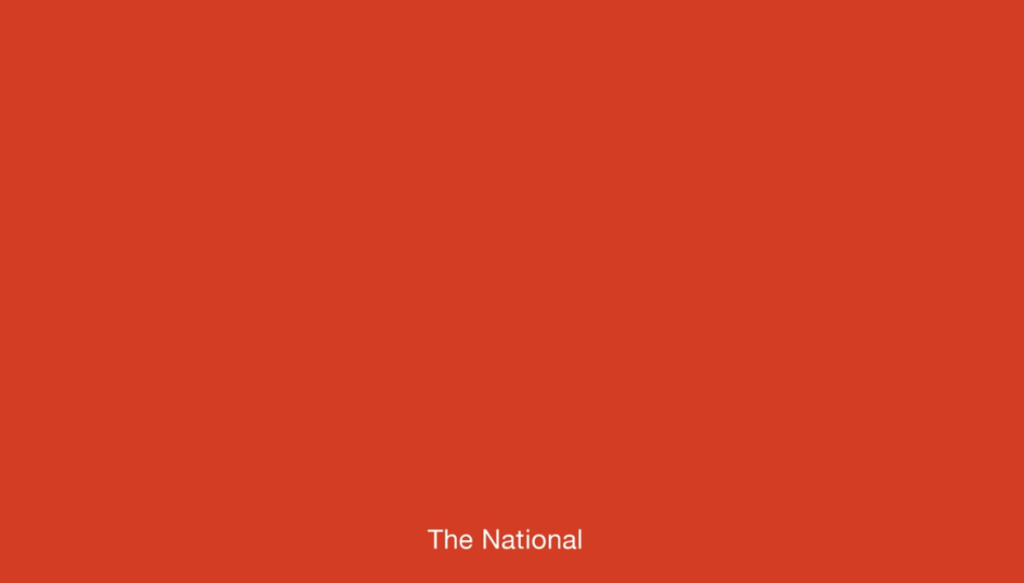 He crafts pieces and fragments from the new songs as if they were ambient mood music, fusing vocals and musical motifs into each other throughout the twenty five minute running time. The film’s black-and-white photography and crisp compositions help make the short film feel of a piece, but it’s the interwoven new tracks by The National that is the glue to this singular experience. If our entire life is like a song, one can only hope it’s as beautiful and transcendent as this soundtrack.

Colors, like music, often represent moods and shifts in feeling. So in several places throughout the short film, Mills cuts to a plain background of a striking color choice, using accompanying subtitles to let us fill in the rest. The technique is used sparingly, but like music, leaves a searing mark on the brain in ways a perfectly-composed shot never could. These backgrounds stand in for tragic events only alluded to, to pop culture references, and to major life events, such as weddings. Not unlike in Richard Linklater’s Boyhood, the tableaux of life is made up of much more than the greatest hits.

Life, instead, becomes a culmination of the mundane moments, the activities we perform again and again either out of habit or pleasure, and the entire range of feelings that accompany it all.