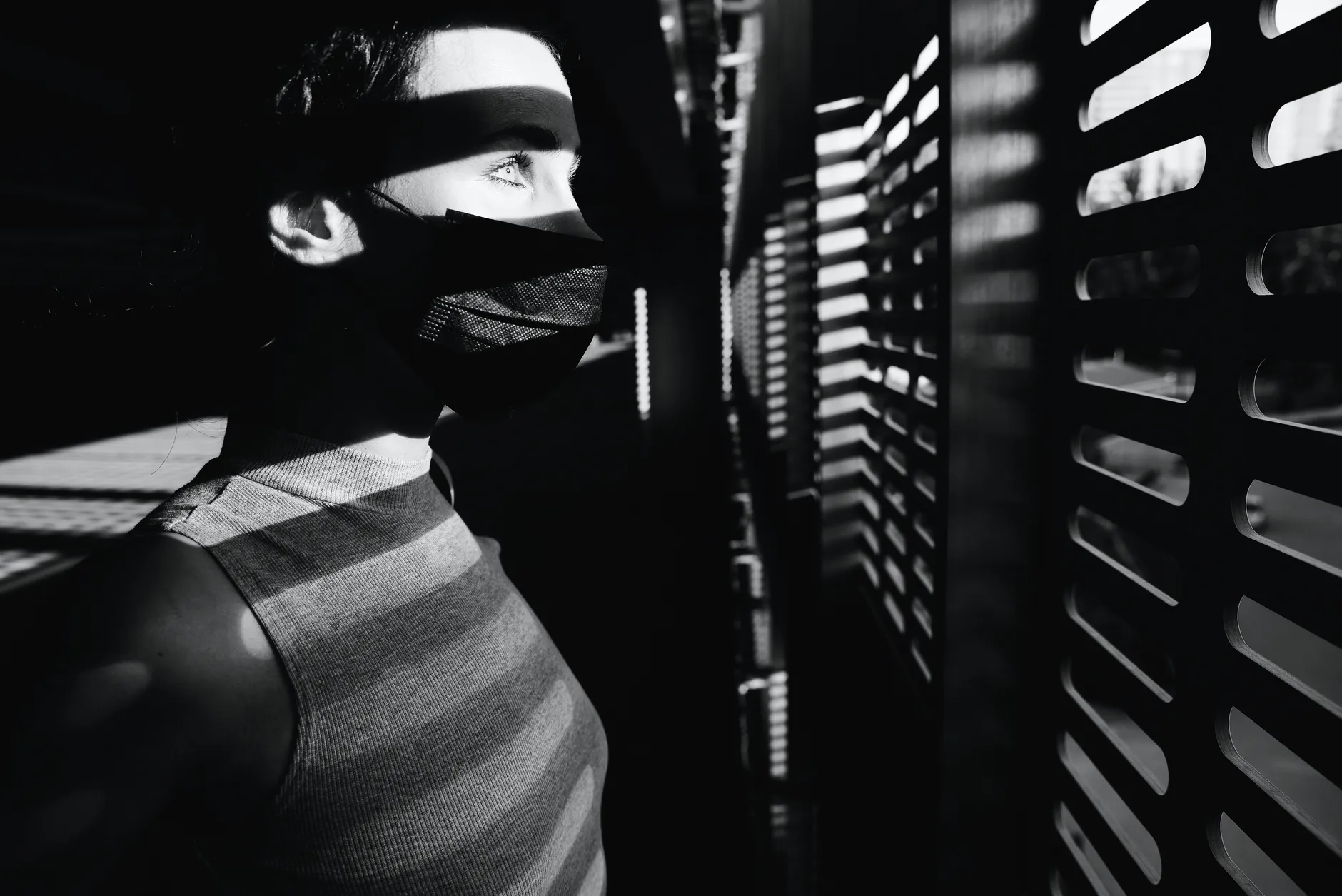 Making Your First Quarantine Film? Here’s What You Need

Making Your First Quarantine Film? Here’s What You Need

Many places around the country and world have reopened, but with new potential increases in cases and deaths, social distancing will continue to be in effect for a while now. In fact, as of writing this (July 2020), movie theaters haven’t figured out how to distribute widely in a safe manner yet and Hollywood hasn’t figured out a standard safety protocol that allows cast and crews to make films normally again.
Yet, as we’ve been seeing since March, independent and low-budget (or in some cases, no-budget) projects continue to be made. While some projects are going guerrilla with their shooting, others are making great films even while following rules to the letter. Ready to make your first quarantine project? Here’s a few tools you’ll want to consider.
Keep in mind that these are general guidelines. What you actually need will entirely depend on your budget, crew size and overall expectations for your project. Happy moviemaking!

Your Camera Setup For Projects In Isolation 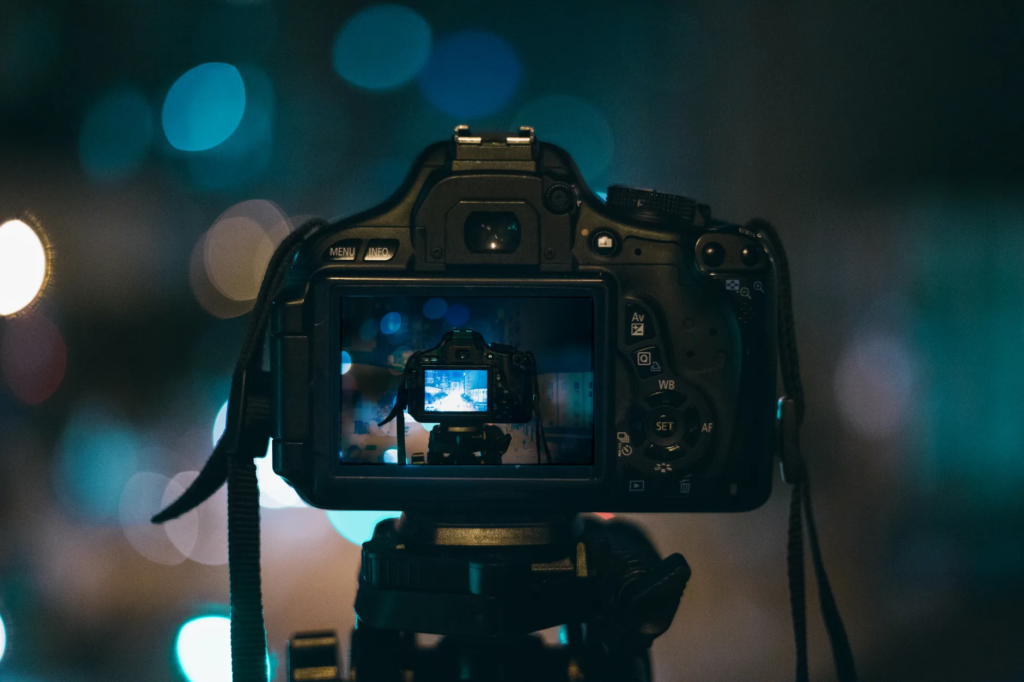 If you’re making any kind of film during quarantine right now, it’s probably confined to a small space and involves just yourself or very few people. This results in you having to answer some fundamental creative questions.

Are you wanting to create a project confined to your desktop or office space? This is one of the newest ways that technology has emerged into new kinds of filmmaking. It’s resulted in some great experimental documentary work (like Kevin B. Lee’s “Transformers: The Premake”) or even in bigger budget, more mainstream projects (like Searching).

If you want it to be a true desktop-confined cinematic experience, then you’re going to need recording software technology. While Windows and Mac both have these abilities native to their programs, you can also try free third-party efforts like OBS (Open Broadcaster Software). If you’re working on a short short film, you can’t go wrong with more business-oriented applications like Loom. Two more powerful (and more expensive) options are Camtasia and Adobe Captivate. The latter is advertised as a tool primarily for software demos, but with an Adobe product, you can surely find ways to get cinematically creative. Meanwhile, Camtasia is often considered one of the best paid options, as it also includes some built-in quick editing tools.

If you want to make a webcam film, we recommend going for the highest quality you can. That means finding a webcam with solid 1080p capabilities. Logitech is often considered the standard in this arena, but new players in the game like Razer Kiyo are getting buzz.

Want to still have mobility in your quarantine film? Just because you’re shooting in your room, your house or another confined space shouldn’t mean that your film can’t look super-sharp or have interesting focal depths. Of course, the options depend partly on your budget and partly on your ambitions for the project. Looking to make a long-term investment that also lets you stay portable, keep making indie-friendly productions? Your options could range from the more budget-conscious (Sony a5100) to the state-of-the-art (Blackmagic Pocket Cinema Camera).

It all depends on what you can afford and what you need it for. Keep in mind that your lens options are just as important (if not more so) than the camera. Lens are their own type of expense and will also depend on your choice in camera.

One last word on lenses – you can probably do without long-focus lenses, particular if you’re shooting in your house or in close quarters. Instead, wide-angle lenses will probably be the priority, as you look to create dynamic shifts in perspective and focus in shallower spaces.

Last but not least is going the Steven Soderbergh route and trying to shoot a short (or feature) entirely from your smartphone. Even with really impressive phone cameras from the likes of Apple and Google, there are many other component parts you’ll want to consider to make sure that your smartphone shoot goes as smoothly as possible. But if you’re really interested in low-budget experimentation at this time, why not try tools you already have at your disposal?

Finding A New Way To Frame 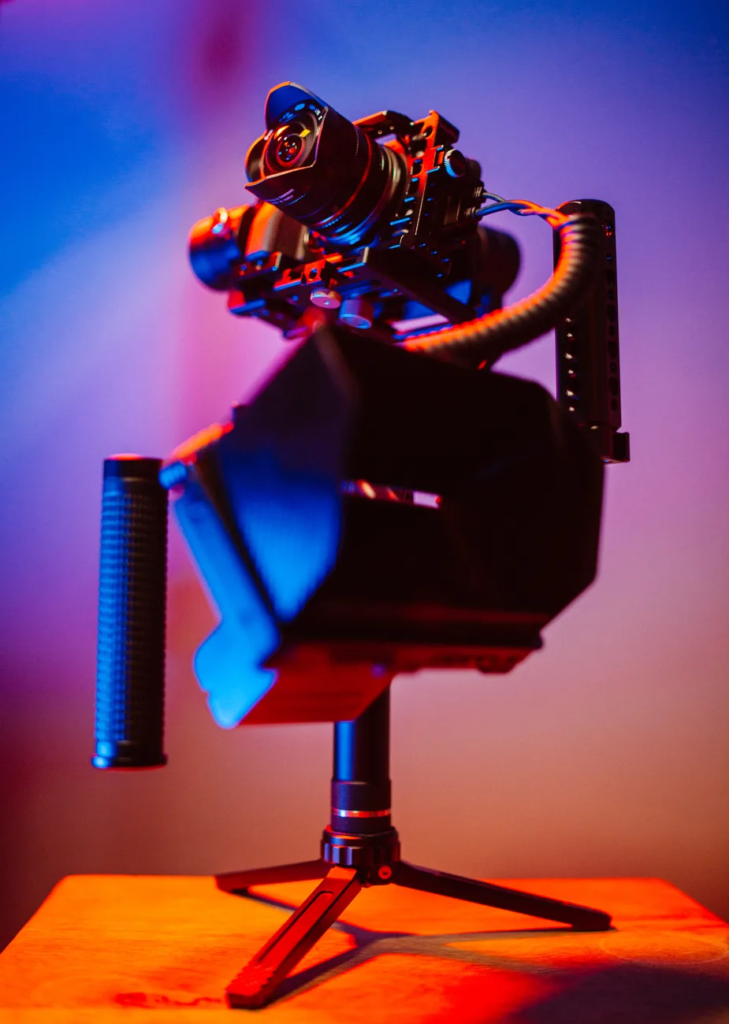 Now it’s time to decide how to rig up your camera choice. If you’re committed to making a quarantine short in tight quarters, you may want a combination of standard flexible tripods and a smaller, tabletop tripod. If you’re making more of an essayistic or diary film, then the latter will probably be where you want to start. You can use existing surfaces to compensate for height adjustments and shoot yourself in different places around the house.

If you’re looking for fluid, mobile movement, you’ll need to find the right camera rig. This too will depend on the type of camera you’re using. You can also try going DYI with it if you’re especially crafty. Keep in mind that getting all the parts together may end up costing you as much as if you’d just bought or rented out a pre-built rig.

Want to create shots of the camera following you through rooms and spaces? Or just want more than static shots of yourself in the final product? Consider a selfie stick for cinema cameras. Yes, they are out there – a few have even been known to go DIY on this too. Just make sure it’s secure or you could have an expensive accident on your hands.

When it comes to lighting setups for a quarantine short, keep it simple. No need to rent out large lighting setups if you’re trying to keep the budget low. Instead, trade that money for time spent manipulating the rooms you’re using, including finding proper source lighting, relying on natural light sources and overall just being really creative.

Now you might be wondering, what about sound? If this is a true quarantine short and you, a family member, or a friend has to be the sound person, then you’re still going to want a separate microphone system that either attaches to your camera, to your rig or can be placed on the subjects (like a lavalier microphone).

While it is true that you could use the existing microphone on your phone or camera (if it has it), keep in mind that poor sound is much harder to fix (many times even impossible) than a fuzzy shot or a darkly-lit room. You want the best possible sound quality from the first take, so you have the least amount to reconstruct later.

No matter how low-budget you’re going with this project, it’s important to try and get a directional, lav or other form of wireless mic. Nail the sound right and a project will never, no matter how amateur, goes to waste! 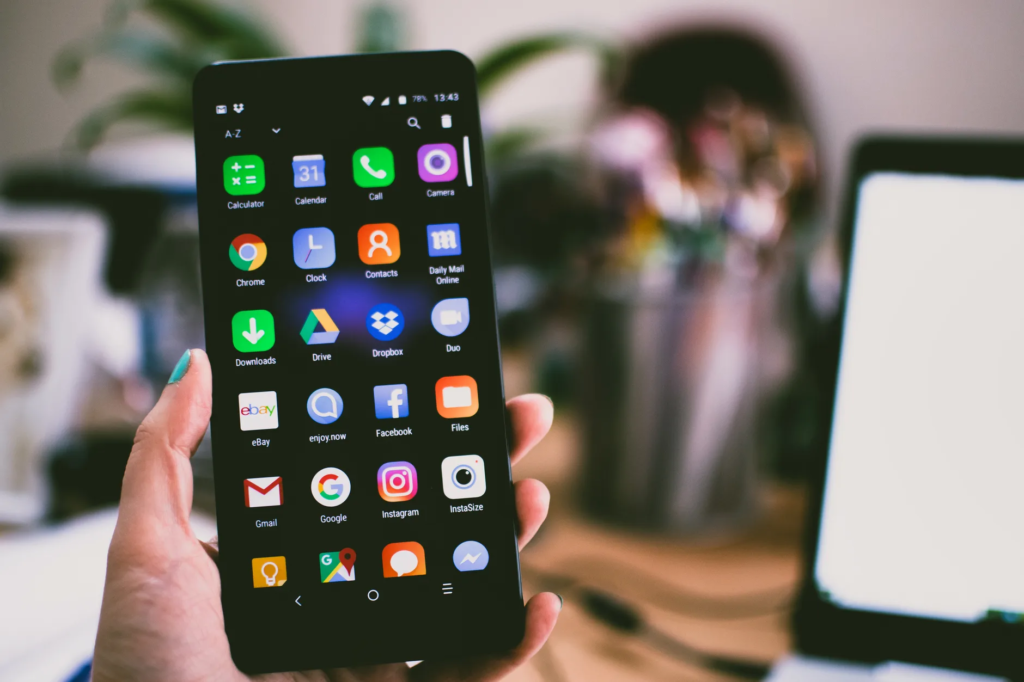 Here comes the part of filmmaking that could only happen in our current digital age. In a time of quarantines, shutdowns and social distancing, smartphone applications can truly become an extension of your production process. Nowadays, you can find an app for just about every part of filmmaking, including:

While there are so many different applications we could lead you towards, we find it’s best to wait until you think ‘wouldn’t it be great if I had [X] right now?’ That’s when it’s time to get on the Google Play Store or the Apple Store and find an app that may be that solution for you.

Getting The Right Cut 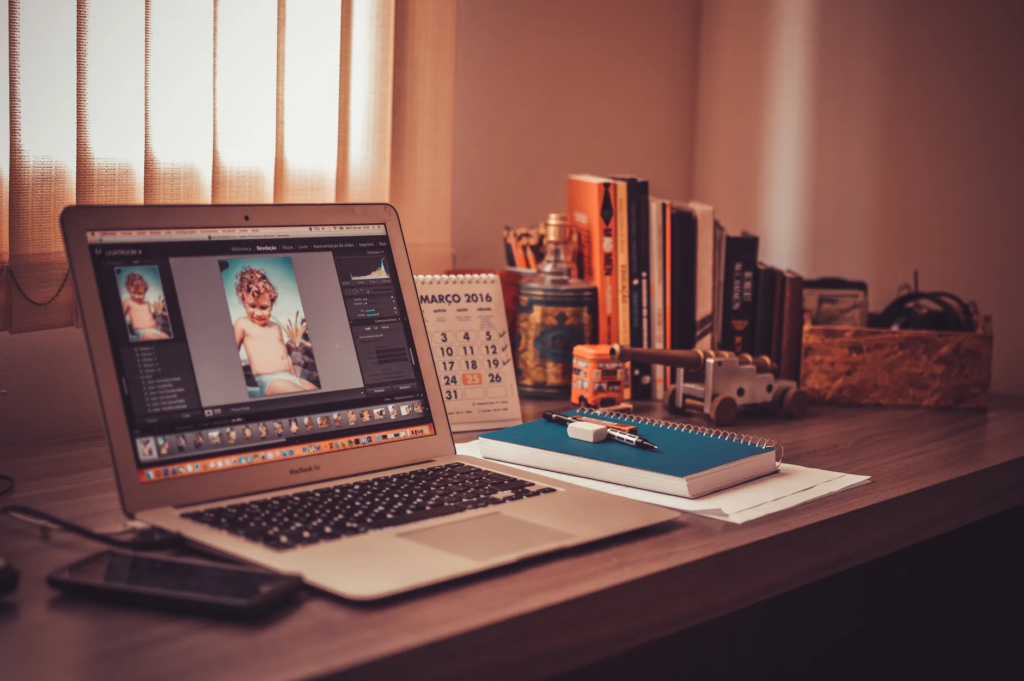 The editing, or post-production, process is one of the few parts of filmmaking left undiminished by COVID-19. This process is still just as solitary as ever, and you can thankfully harness all the editing powers you need from a consumer desktop or laptop. If you’ve got a Mac product, then you can already benefit from iMovie. While not comprehensive or industry standard by any means, it should be able to handle the more modest quarantine projects.

If you’re a PC person, there are many free options you can get downloaded from the internet. Some of the higher profile free editors as of this time of writing include OpenShot and Blender and ShotCut.

If you know that editing is in your future for good, it might be time to go with Final Cut Pro or Adobe Premiere. These two are professional grade, and, to be honest, we bet that any quarantine short will be relying on great editing for its movie magic. If either one is in your long-term budget plans, we recommend getting started with the best. The more time you can spend on top-shelf editing software, the better you’ll get (and the more skills you’ll unlock). 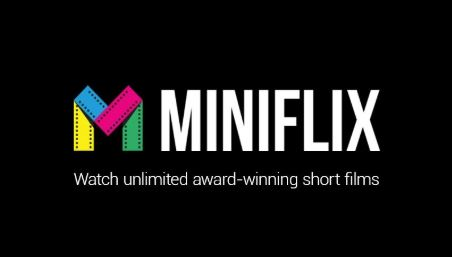 Eventually it will be time to distribute. Maybe you just made this film for fun and you don’t care who sees it. In that case, congrats on finishing your first quarantine film! I hope it was fun and that you learned a lot along the way. But if you want a sizable audience, it’s time to look at your options.

If you want views more than any specific type of compensation for your short, going the YouTube or Vimeo route may be the right call. However, you’ve got to be smart with how you schedule your release. If you can find a way to release under a higher profile account or if you want to start a collaboration with other filmmakers, that’s probably the best way to go! When it comes to going viral, there’s power in numbers (and relying on one another’s social media presence).

If you think your short has what it takes for a long-term festival run, then it’s time to submit. Don’t worry, many festivals are already learning to pivot to all-digital platforms in the wake of the pandemic. Find festivals that accept the kind of genre and budget that you made your film in. Then see what happens! Along the way, hopefully you’ll meet some great programmers, distributors and other filmmakers.

If you want your short to be seen and you also want to make some immediate revenue, try a streaming site. Consider blind submitting to places like Miniflix.tv, where you know that your film will be part of a curated list and that it will be treated with the respect it deserves.

Interested in submitting your quarantine short for review? Just email [email protected] with your film and a quick synopsis.

Remember to have fun and see this time as a chance to learn filmmaking or hone your skills.