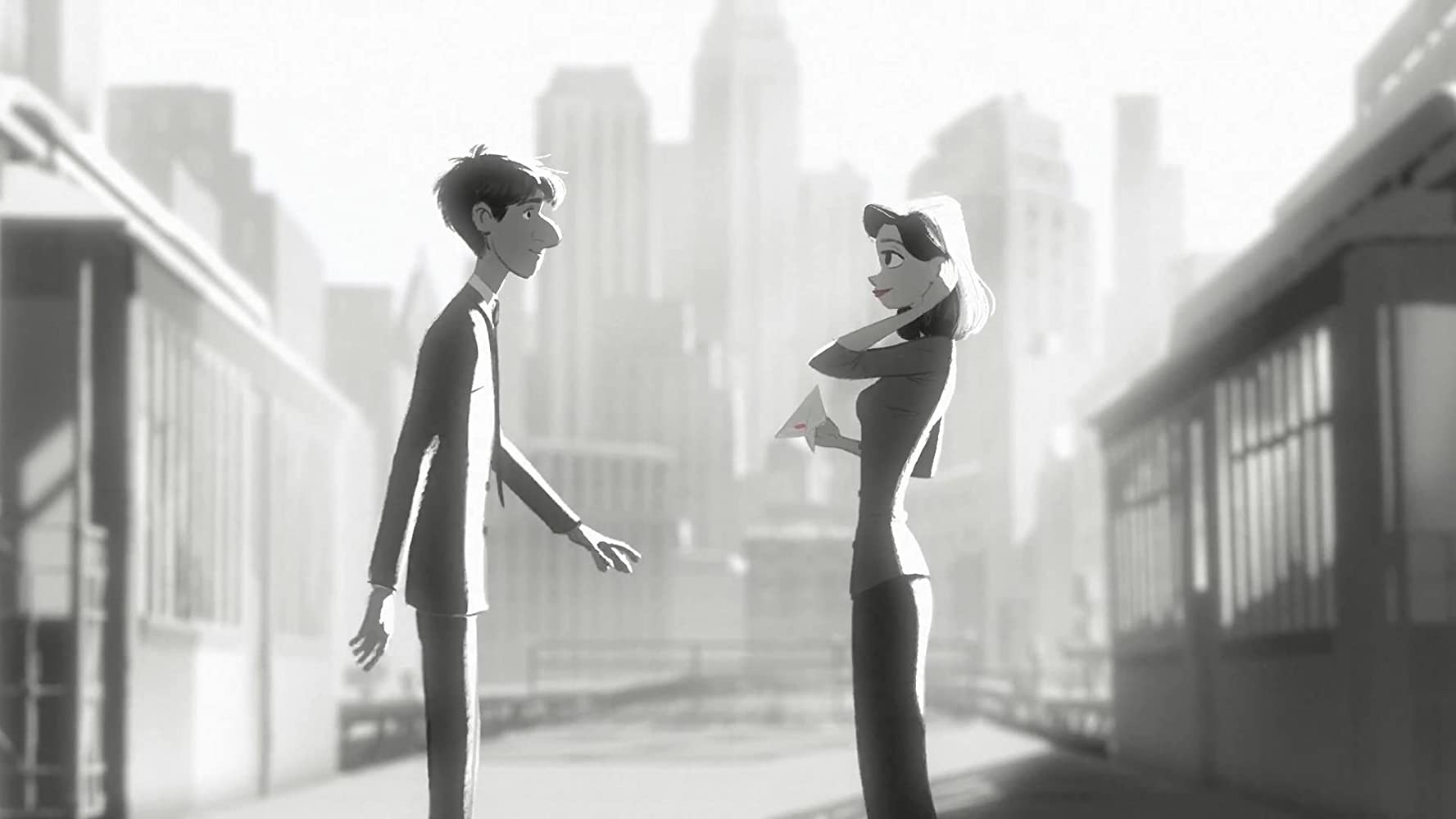 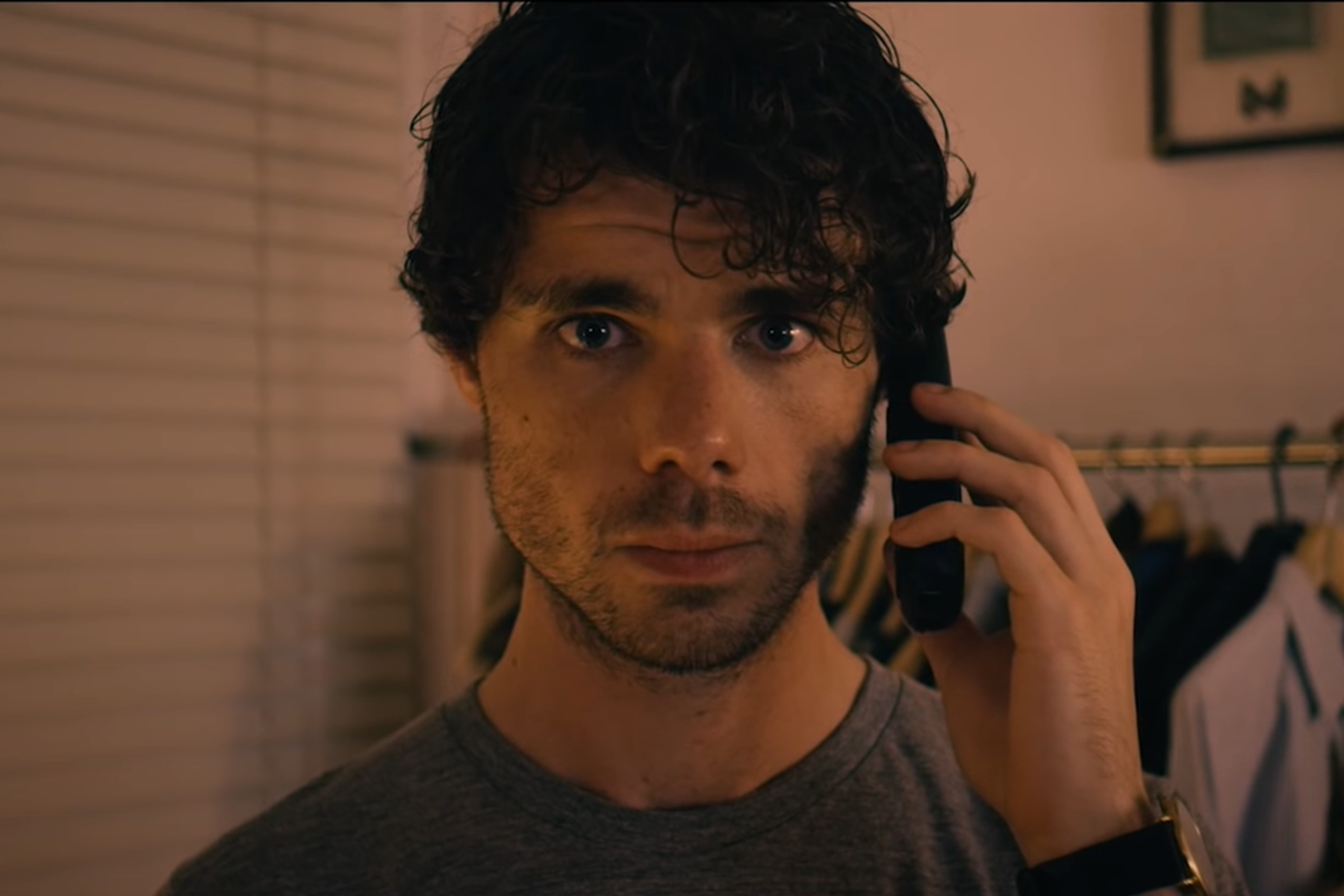 One of the hardest things about a short film is, well, the shortness of it all. You have 10 – 15 minutes to give audiences all the feels as well as make them understand a main character’s world. If the film’s really good, you can even make the audience believe they are that character. This is exactly what Oscar-winning Irish filmmaker Benjamin Cleary managed to do in his 2015 short film character drama, “Stutterer”.

It’s no surprise that Cleary is now on to more ambitious projects (including a new project with AppleTV and Mahershala Ali). But let’s revisit the film that put him on the map and see what we can learn about bringing audiences into a character’s world with a running time of less than 15 minutes.

Set The Stakes From The Opening Frame

In the marvelous “Stutterer”, Cleary sets up the stakes for his filmic world in the very first frames. Our main character, Greenwood, is introduced via sharp closeup. We don’t see Greenwood’s eyes or his face. Instead, we just see his trembling lips as he struggles to form a word.

On the other end of the line we hear a telephone operator who believes she has lost Greenwood. We later learn that Greenwood is just trying to inquire about a bill he’d received.

After several agonizing opening seconds, the line goes dead and we see Greenwood dead-eyed, defeated, looking ahead. With this very simple opener, the director has created a sharp juxtaposition that manages to cinematically open up the reality of this character’s life.

So what’s the juxtaposition exactly? First, Cleary has upended traditional expectations with his character introduction. By starting on his lips and not showing us the rest of his face, the camera makes us see Greenwood as he feels everyone else sees him too. Yet, juxtaposed against this is the very palpable sense of suspense and dread Cleary builds up in those initial moments. In this sense, we also feel that we are Greenwood. We too just want the words to come out. We too just want the person on the other line to understand us.

By juxtaposing the audience’s position as an observer of Greenwood’s condition with a piercing look at the situation as Greenwood sees it, “Stutterer” manages to make us both sympathize and empathize with a character we otherwise barely know.

There’s also another layer of juxtaposition in this scene. The audience is watching a rather mundane, everyday situation play out. In fact, there’s very few things less cinematic than someone calling about a utility bill. In any other movie, this action would seem superfluous and boring – but in this short film it works! Why? Because it’s juxtaposed against the fact that for Greenwood this little incident speaks to a much larger issue – his inability to communicate. By shooting a seemingly low stakes situation like it’s the climax of an action movie shows the inherent tension between our view of the world and Greenwood’s.

It’s a powerful cinematic trick that Cleary continues to use throughout the film, in more surprising and revealing ways. A few scenes later, we see Greenwood intensely study a young man across the street as he smokes. But we don’t just see what Greenwood thinks, we hear it in voiceover.

Greenwood’s voiceover comes off cool, collected and extremely clever with words. This juxtaposes itself against the audience’s pre-conception of Greenwood – that because he struggles to speak that he also struggles to think clearly. Cleary returns to the snap judgements throughout, each time reminding us that what we see about another person, like Greenwood, is hardly ever what really makes them them.
In one of the film’s most sad scenes, Greenwood pretends to be deaf so he does not have to give a stranger directions to a cafe. Yet, when the stranger moves on, we hear his voiceover again.
“Through the crossroads. Second left. You can’t miss it.”
Greenwood’s voice deflates as he thinks this, making us feel his pain right along with him. Cleary continually reminds us of Greenwood’s intellect as we watch him play chess with his father, read difficult books and study typography. The tragedy is not that he can’t carry a conversation. Rather, it’s that he’s very capable but his body won’t let him.


Time To Turn Up The Heat

This juxtaposition between Greenwood’s chatty voiceover and nearly-silent speech comes to a head in the film’s final third, when he prepares to meet a girl who he has feelings for but is nervous to meet in person for the first time. His snap judgements overlap, all of them having to do with his preparation for the date. He questions what he’s wearing, what gifts he bought, what his first words will be. Soon it becomes a cacophony of voices – now it’s as Greenwood can’t shut himself up in his head.

In the end, Greenwood discovers that his admirer is deaf and the film wraps up by resolving all the juxtapositions and letting Greenwood (and the audience) finally meet someone who sees him for who he is. In just two simple closeups of the two characters, we understand that they are connecting in a way that’s beyond words.

So the big takeaway here? Make sure that from the first frame to the last, your short film shows its audience your main character through thematic and character based juxtapositions. Play with audience expectations whenever you can, heightening this tension as you go. Then, in the end, bring the drama to a satisfying conclusion.

Want to see “Stutterer” for yourself? Watch this award-winner and many other world-renowned short films on Miniflix.TV! Start your free trial today.