Fresh Out Of Film School— New Directors To Watch From USC Cinematic Arts, 2019 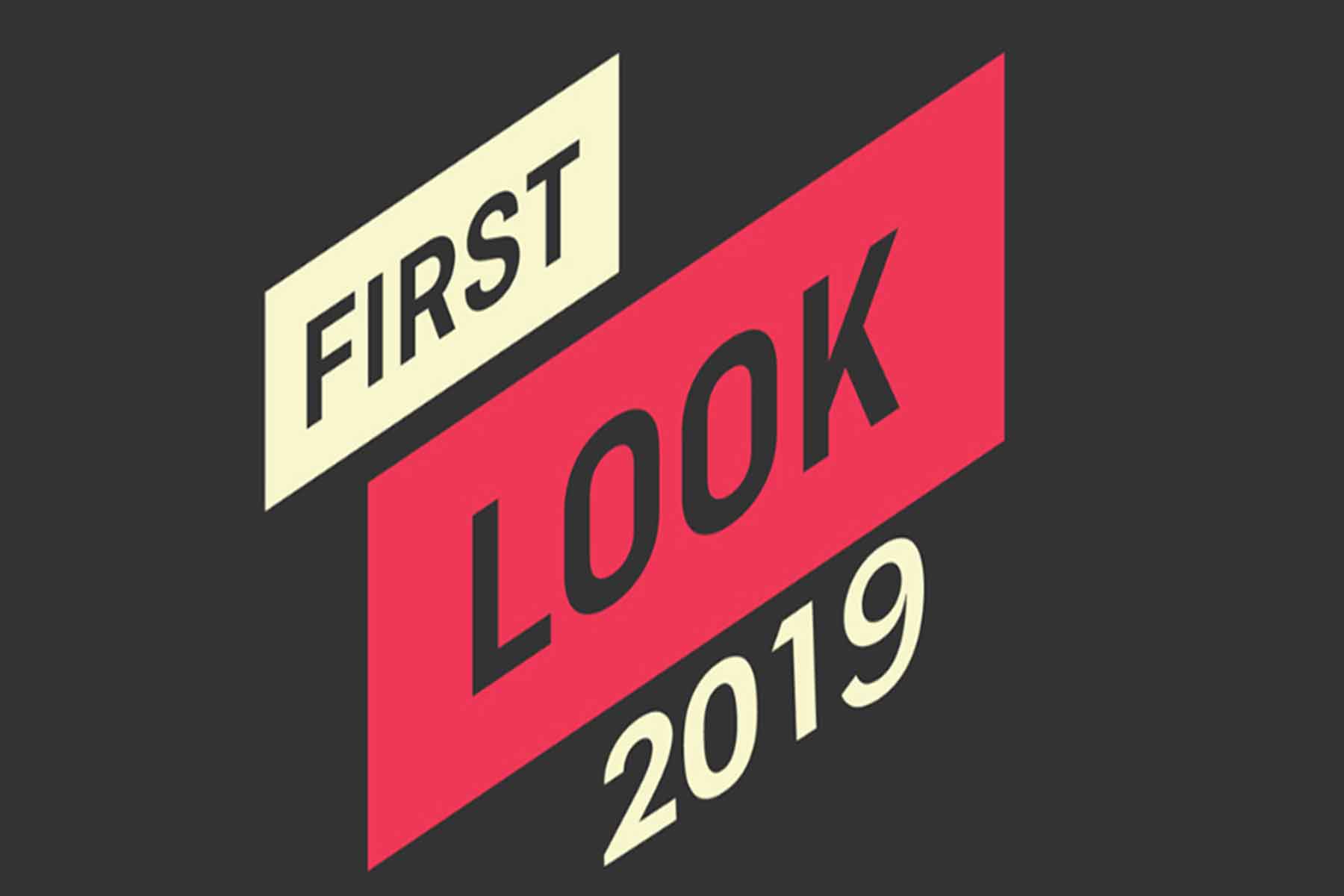 Fresh Out Of Film School— New Directors To Watch From USC Cinematic Arts, 2019

This week, we cover the biggest name in film schools: USC. Each year this top-ranked program holds a First Look film festival, which honors advanced student projects in every major genre category. While most film school simply settle for a faculty-wide jury, USC goes above and beyond by having real industry professionals on the panel.

The winners in each category get a very special surprise — an exclusive screening of their film in front of top Hollywood agencies, such at UTA, followed by a reception to perhaps meet their future agent and manager. But the industry exposure doesn’t stop there. Each winner’s film is also available via private login for other agents, managers, producers, studio executives and film festival programmers to look at, and potentially, to make contact with the filmmaker.

Here are the winners of each category for the 2019 First Look festival at USC Cinematic Arts program.

Logline: Inspired by a true story. A recent spinal cord injury patient struggles to reconcile his sense of self-worth with his new reality as a paraplegic.

“ASIA A” hasn’t just resonated with the USC panels, but with festivals around the country. Since releasing in 2018, Andrew Reid has won 8 awards for the visceral short film, including a semi-finalist mention for last year’s Student Academy Awards. This story is a special one in that it’s based on Reid’s own experiences. He experienced paralysis from the chest down when he was only 21. Despite getting dark prognoses from doctors, he worked his way back to being able to walk and function. Now his triumph is being translated to the big screen with a feature version in the works with the support of 2019 Tribeca Film Institute Sloan Filmmaker Fund.

Before starting the MFA program at USC, Andrew Reid was on a different career track, doing advertising in Florida. However, the artistic side finally won out over the commercial. His most recent project, “Road To Zion”, premiered in April. Also a semi-autobiographical film, it traces a Jamaican immigrant living in Los Angeles.

Logline: In a future where telepaths are used by the government to monitor the public and root out insurgents, a mute, sixteen-year-old girl seeks to avenge her father by hunting down and killing the man responsible for his death.

Sarah Gross is a very ambitious filmmaker, creating high-concept stories (that look as amazing as a Hollywood feature) while still in film school. Films set in the future can be some of the hardest to pull off with a short film budget, but from the stills and trailer, this seems to be the exception to the rule. It’s no surprise that Gross and cinematographer Brian M. Tang could create something that looks this good after hearing her background. Gross started her industry experience in the camera department, before seguing to assistant directorships on several hit TV shows like Gotham and The Blacklist.

Her time at USC has allowed her to work further on her craft and we hope she gets to make more ambitious shorts (and features) such as these soon. “Boléro” just played at Palm Springs ShortsFest, which is a good sign that its film festival lifespan will be long and prosperous.

Logline: An Afrocentric podcast host goes looking for his idol, Harambe Cornell and has to take care of his 9-year-old son who is dressed like a blueberry.

Starring Evan Alex from Jordan Peele’s Us, this quirky comedy not only helped director Martina lee get noticed among the USC students, but it also drew the attention of Film Independent. Lee was selected for their Project Involve program, where filmmakers of diverse voices receive expert mentorship. “Blueberry” has done well for itself on the festival circuit too, receiving official selections in LA Shorts and Blackstar Film. While this is the first short she has directed, Lee is no stranger to filmmaking. She has been a producer on several short film projects. She also was second AD on “ASIA A”, disproving the old myth that film school directors aren’t willing to collaborate.

We hope a new project is in the works soon!

Logline: In the wake of an NFL superstar’s suicide, coaches and families tackle the dangers and reward of playing youth football. 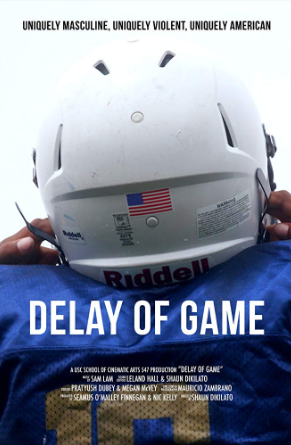 The best documentaries aren’t afraid to fully confront complex and controversial issues — “Delay of Game” is no exception here. Weighing the ethical implication of youth football in the wake of a tragedy, Shaun Dikilato isn’t afraid to see a sport that he admittedly loves from all sides and angles. Dikilato originally hails from Hawaii, where he earned a BA in Theatre. Though his interests in screen directing moved him USC’s MFA program, Dikilato’s creative heart still seems very much in Hawaii. All three of his short films made at USC deal in some way with Hawaiian culture and coming of age. Due to the success of Delay of Game, his first documentary, we are curious whether he will return to fiction narrative or explore more real-life subjects.

Logline: Frankenstein’s monster has a chance encounter with his estranged father and is convinced by his wife to try to reconnect.

What if Frankenstein was just an average joe working his 9–5 and hating his existence? That’s the humorous set-up for this winning animated short. Cameron Gavinski is one of the few winners at First Look to come from the undergraduate program. That says volumes for his talent, but this Renaissance man has other abilities up his sleeve too. He’s been a Final Draft Big Break quarter-finalist, he’s worked on the animated film “The Book of Life” and he even does stand up! We think the First Look award will just be the tip of the iceberg for Gavinski’s career.

Logline: On Valentine’s Day, Ponyboi, an intersex sex worker, looks for love and a way out of his seedy life in New Jersey. Through a magical encounter with the man of his dreams, Ponyboi discovers his worth.

These two co-directors have created a heart-wrenching and dreamy short with Ponyboi. River also starred and wrote this exploration of an intersex person’s struggle to find love. Meanwhile, Sadé is one of the most prolific student film directors on this list. Other films include the student award-winning short “Hats” about race relations and baseball, as well as the Afro-centric medieval short “Knight”, starring jazz pianist extraordinaire Robert Glasper.

This was such a potent collaboration, that we hope they come together again for another project (maybe a feature??).

Logline: A little girl finds an unexpected way to connect to the memory of her late grandmother, with the help of a mysterious friend.

Powered by touching performances and some incredibly-realized CGI animation, this short follows such modern classics as Monsters Inc. and Pan’s Labyrinth by putting a young girl in grief in the path of a “monster” who comes to be a great ally and friend. Originally a visual artist (including films like The Grandmaster), Jiayuan’s time at USC allowed her to learn the ways of directing, resulting in this award-winner and the 2017 Dear Mamá. When she is not doing more incredible work as a CG and previz artist, we hope Lin finds a way to direct more heart-warming films such as these.