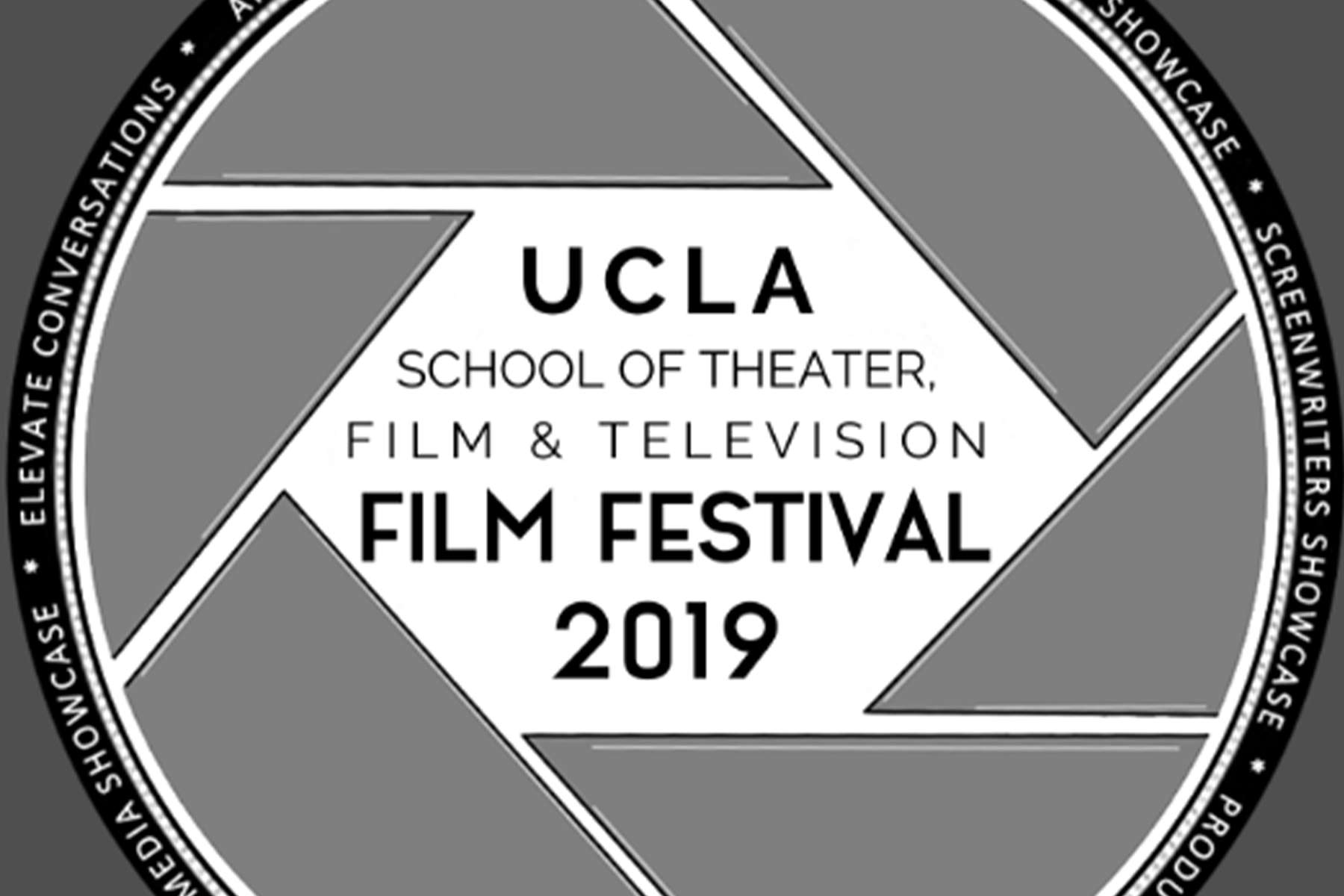 With a storied history and plenty of alumni who went on to achieve great things (Francis Ford Coppola, Justin Lin, Ana Lily Amirpour), UCLA is still one of the premiere places to get your film school education. While the technology and facilities are certainly state-of-the-art too, where the School of Theatre, Film, and Television (TFT) really shines is in their faculty. Many of them are award-winning filmmakers and industry veterans in their own right. They bring a practical and relevant perspective to the education.

While most film schools (especially the top ones) hold yearly competitions by genre or program, UCLA endorses a communal spirit by making their yearly showcase an extended, multi-day film festival. This festival includes showcases for undergraduates, MFA students, animators and screenwriters. However, UCLA doesn’t stop there. They also bring in key members of the industry (including fest sponsors Hollywood Foreign Press Association and SAG Indie) to view the films and meet with the students after. They also hold separate industry talks on important topics in filmmaking.

Far from a one-off event, UCLA treats the release of student work with the seriousness and dedication that it deserves. Here are six of the films from this past year’s UCLA TFT Film Festival that we wanted to highlight.

Logline: Post-suicide of Valentina’s bipolar boyfriend, her best friend, Saidi, takes her on a road trip. The two friends allow themselves the space to understand the realities of mental illness, suicide, and the stigmas attached. 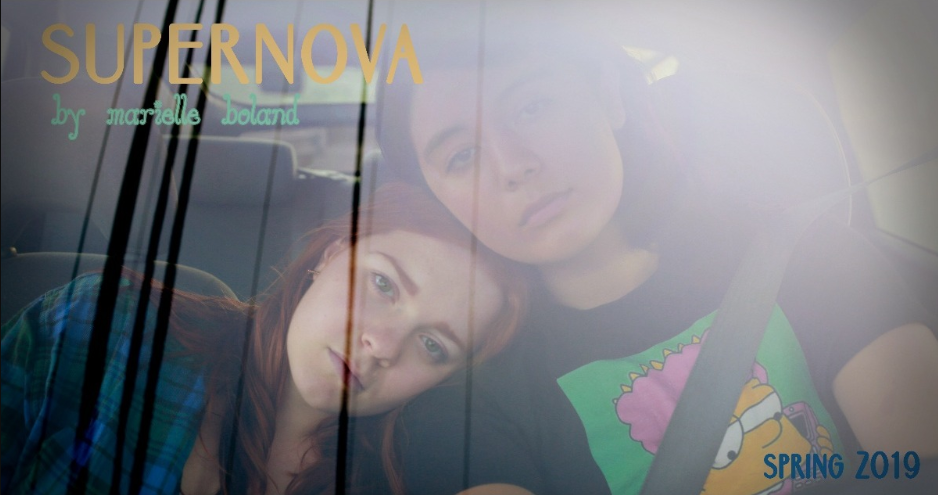 Though Boland has just recently graduated from UCLA’s undergraduate program, she has a large number of shorts and music videos already under her belt. “Supernova” may prove to be her most narrative-driven short yet, but this road-trip movie looks to still carry the same preoccupations with time and memory that she started exploring in past work. From the little footage currently available to the public, it seems that “Supernova” combines the raw emotional power of her documentary work with the visual inventiveness and eye for craft found in her more abstract projects.

Logline: Experts across various fields guide us through the neurological, behavioral, and societal implications of our current digital trajectory; ultimately revealing that what really makes us human could be at stake.

Documentary-experimental hybrids are perhaps the new frontier of indie filmmaking, and Peter Berger looks to be leading the pack in this regard. Originally hailing from Maryland, Berger came to UCLA with some big ambitions and a wide artistic palette. Just a quick look through his filmography shows his range — animated shorts, documentaries with curious subjects and more line his past works. But Binary Thinking may be his most intellectually rigorous and formally daring work yet. From the teaser trailer alone, you can sense Berger’s ability to make the subjects of technology and man versus machine into a jarring and affective aesthetic experience. Keep an eye on this exciting cross-medium filmmaker.

Logline: A boxer over comes his fear and fights his way back to reality. 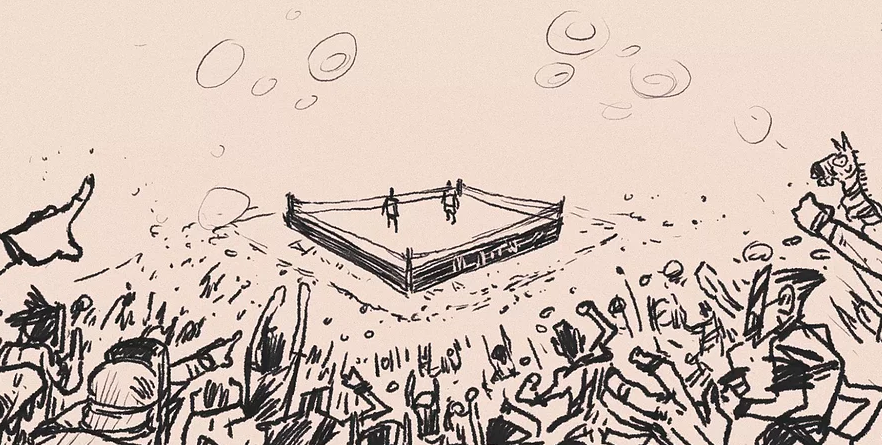 Z Kuozheng Hao first went to Savannah College of Art and Design for a BFA before attending UCLA. Along the way, Hao has made some incredibly playful and dynamic animated shorts, often using 2D and hand-sketched animation. Hao’s range in animation ability goes from the hyper-realistic to the heavily-stylized to the fantastic. However, it’s not just in form that this MFA student gets creative. The concepts behind the films (such as the credit-sequence-as-short-film, “Out of Order”) often end up being just as unconventional. We can expect no different from “Rewind”, a richly imagined recreation of a boxing match.

Logline: An ex-bounty hunter makes breakfast with his young daughter, who becomes increasingly curious about his past profession.

Shirley Zhou had already picked up several official selections from film festivals before “Bounty”, but we think her latest will only get her invited to more. Continuing stylistically and thematically where her previous two shorts left off, “Bounty” uses a saturated, colorful — almost Disney-like — design pattern against itself, subverting the form with dark adult themes. What excites us most about the release of “Bounty” is seeing Zhou’s use of light and shadow — using her singular approach to animation in order to heighten the tense mood and atmosphere already teased in the trailer.

Logline: Disguised as a girl growing up during the time of one-child policy in China, Yan confuses his gender identity and struggles with the conservative world around him now. Drifting his dad’s old taxi becomes his way of expressing feelings.

From the single evocative shot of “Drifting”, you start to get the sense that Hanxiong Bo is ready to pick up the mantle of the slow cinema greats before him. Bo clearly has an interest in the way time imacts human relationships (humorously explored in his previous film, “Haircut”). This time Bo takes a more introspective look at gender identity in the face of systemic oppression and existential confusion. Big, ambitious themes. But this director has a very sure hand in exploring them. Having lived and received arts education in Beijing, Chicago and Los Angeles, he brings a diverse set of experiences to the table,.

Logline: While her marital life decays, Mariam worries she might be pregnant.

Farah Shaer knows how important — and precious — true creative expression is. Her debut short was picking up major festival nominations (including Clermont Ferrand), but her home country of Lebanon banned it for reasons of censorship. Since attending UCLA, Shaer has been able to continue exploring the themes personal to her while honing her craft. And what a craft she has! Like other contemporary short film greats (Qui Yang, Garrett Bradley), Shaer has a clear eye for composition and for getting the viewer to see the world through its characters’ eyes just through visuals alone. Outside of the UCLA showcase, “Soukoon” just played at Telluride — and we don’t think this will be the last of its festival run.

~To see what other student films were showcased at this past year’s UCLA TFT Film Festival go to http://www.tft.ucla.edu/festival/.~