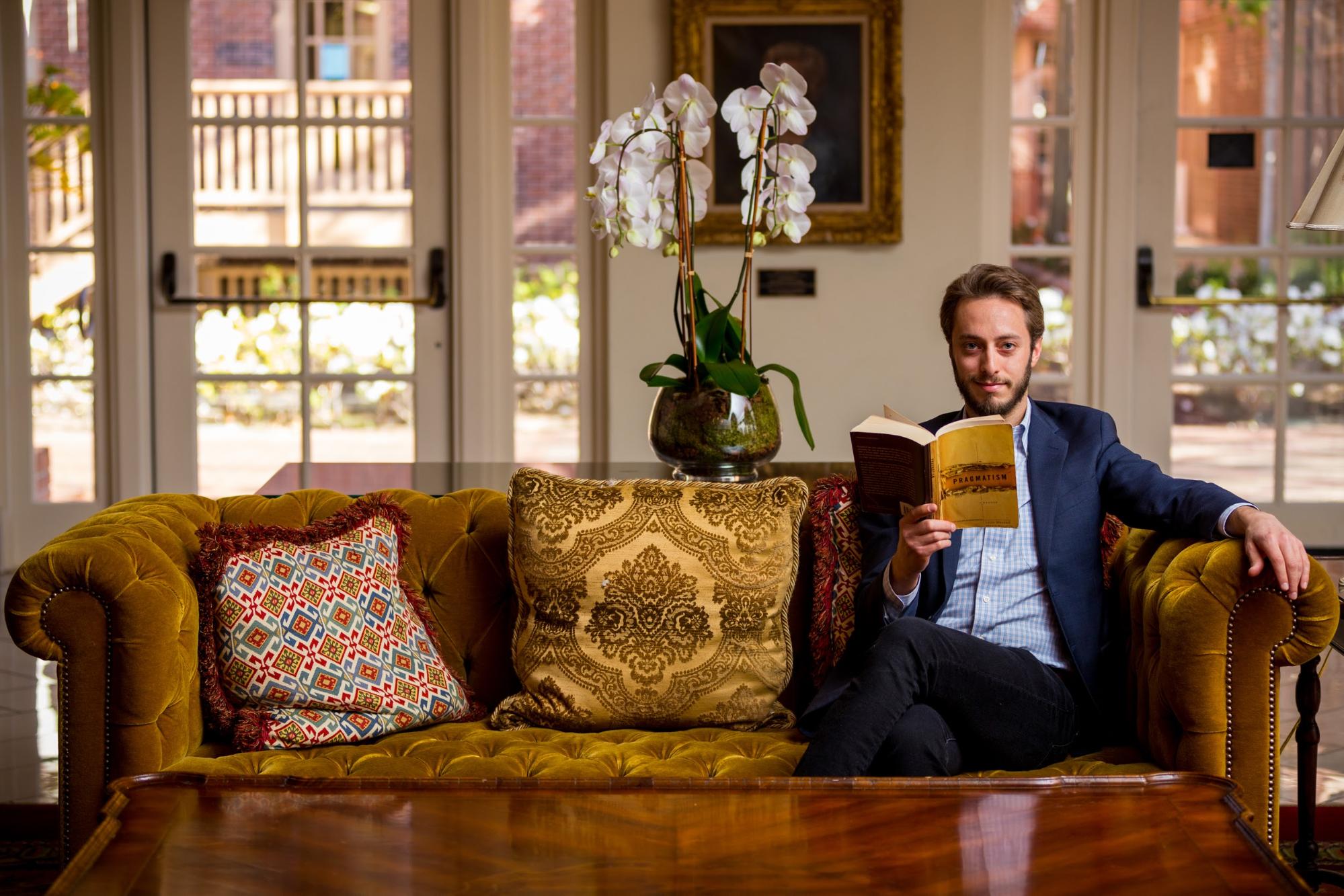 Finding The Time – A USC Miniflix Interview With Jordan Litt

Finding The Time – A USC Miniflix Interview With Jordan Litt

Jordan Litt had already lived quite a full and varied life before arriving at the USC Cinematic Arts graduate program. He’d studied filmmaking in undergrad (Vanderbilt), traveled the world with a longtime friend, lost both of his parents, worked for production companies in Los Angeles and New York, spent 8 months in Israel as a crew member for a feature documentary and worked in various positions for countless shorts and features in the industry.

Despite all of these accomplishments and life experiences, he knew that he needed the time and space to craft and hone his filmmaking. His final film project was “The Academy”, a probing and satirical look at the #MeToo movement, as seen from the perspective of philosophers and academic types.

Jordan talks with Miniflix about going to USC, making “The Academy” and the lessons he learned most.

Miniflix: What was one of your favorite USC courses?

Jordan:I had several great courses there. My favorite though was the adaptation class run by John Watson. It was also once affiliated with James Franco, but not any longer due to #MeToo allegations. In this class, you take a work that’s in the public domain and adapt it into a feature over the course of a year.

They also bring in a professional crew. It was a cool experience. Since I was in the writing class for this process, it really felt like being in a TV writing room. The experience was both collaborative and fulfilling creatively… I now feel comfortable with the adaptation process. So even though I haven’t done it by myself yet, I plan on doing so in the near future.

Miniflix: What’s one way that USC Cinematic Arts graduate school helped you grow as a filmmaker?

Jordan: I definitely made some lifetime connections and collaborators…but what I got more than anything was the time and the space to work on my craft. It’s very hard to make projects outside of school when you are working a full-time job like everyone else. It’s hard to get the resources and the time. That was why I went to grad school in the first place. I do think that I got that. For instance, I just updated my website and will continue to update my older stuff. I actually have the time to market my projects rather than just going from one project to the next.

I knew I wanted to be a filmmaker even before Vanderbilt (even though I started there as a biomedical engineer) but Vanderbilt wasn’t the kind of production powerhouse that USC is, so I set out to learn about the medium from a more academic perspective (film theory, analysis, etc.) at that time. 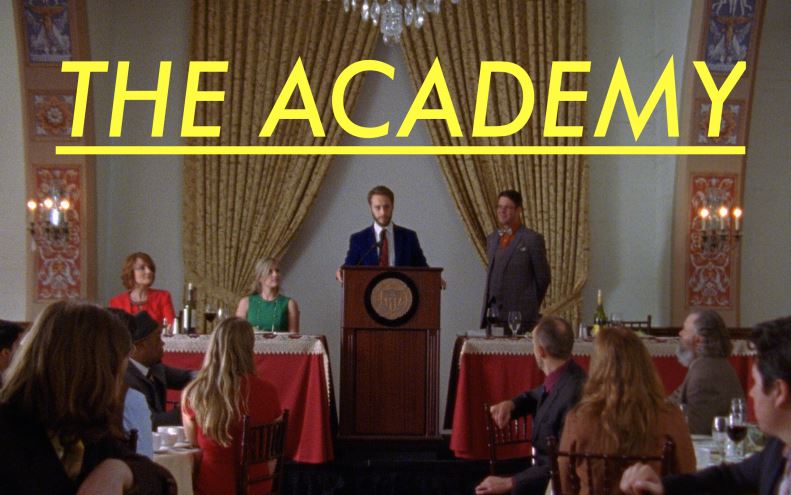 Miniflix: Where did you get the idea for “The Academy”?

It’s an odd thing. I think like 4% of rape are heterosexual, woman on male rape. It’s a very small subset, and I’m aware of that. I think the subject was really ripe for satire in some ways because it’s such an absurd thing….

It’s a sensitive subject and clearly one that’s still in the public sphere, for better or worse. Clearly these things are still happening, though mostly on the male to female side.

Miniflix: Did you always plan on approaching this subject as more satirical? Did you ever consider a straight drama or different approach?

Jordan: I came from a comedy upbringing. I made these comedies and had these tragic things happen and my work turned dark, but still with a comedic undertone. I think in some ways I did play it straight, but the concept itself is so absurd that it comes off as satire.

I ended up being the main actor in the film, but I wasn’t always sure if I was going to do it myself. I hosted a casting process and brought in guys and girls and participated in that process myself. The consensus was that I was the one who could do it best, partially because I wrote it for myself and loosely based on an alter-ego of mine, but it’s also a complex series of emotions. The philosophy in the film is complex…it’s hard to really sell it. It’s also hard to mix the tonality between the seriousness of the character and the outsider view of it as a comedy.

Miniflix: What inspired you to shoot “The Academy” on film?

Jordan: In some ways, it was a throwback idea. There is a nostalgia in it and several older films in it. You can find Rosemary’s Baby in it. There’s a little bit of The Graduate in there. Wes Anderson was a big influence as well. You can find a lot of films in there. I thought shooting on film better served the film both aesthetically and thematically.

I also figured it was the last chance I’d really be able to do it, because no one’s going to pay out for film in the real world if I’d never done it before. Shooting on film was partly educational in nature. It gave me another tool in the belt. 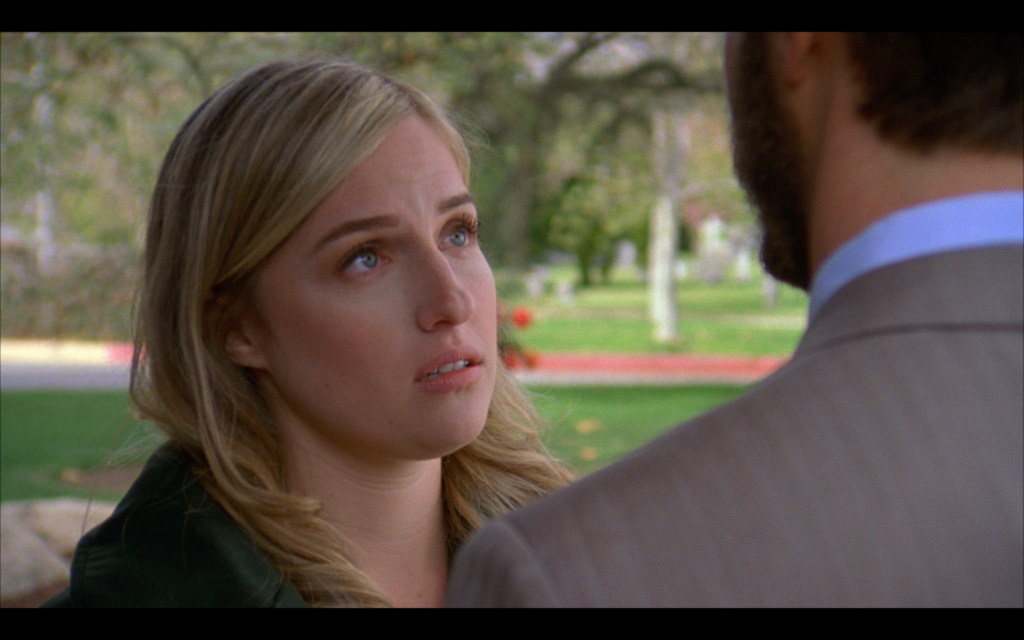 Miniflix: What are your hopes for the film going forward?

Jordan: I really want to take it out to the festival circuit. Since it was shot on film, I don’t really think it’s best served online. It’d be great to have it be in a theater if I can get it out there. Now I’m getting my website together and all that stuff so hopefully I can make the festival circuit work in 2021.
I just got contacted from somebody at First Look about distribution, but I think that I will probably hold off on distributing “The Academy” for now.
You can watch the trailer for “The Academy” here.
This is an interview series covering filmmakers with thesis projects at USC in the Spring of 2020. Due to the coronavirus pandemic, we are highlighting film school filmmakers with projects that were supposed to premiere at USC’s First Look festival. First Look is the yearly USC School of Cinematic Arts showcase for advanced projects run by the Industry Relations Office. This year the selected films will be presented to the industry in a virtual format and will announce their awards on May 11th.
Love1191
0
Love1191 Share Tweet Share