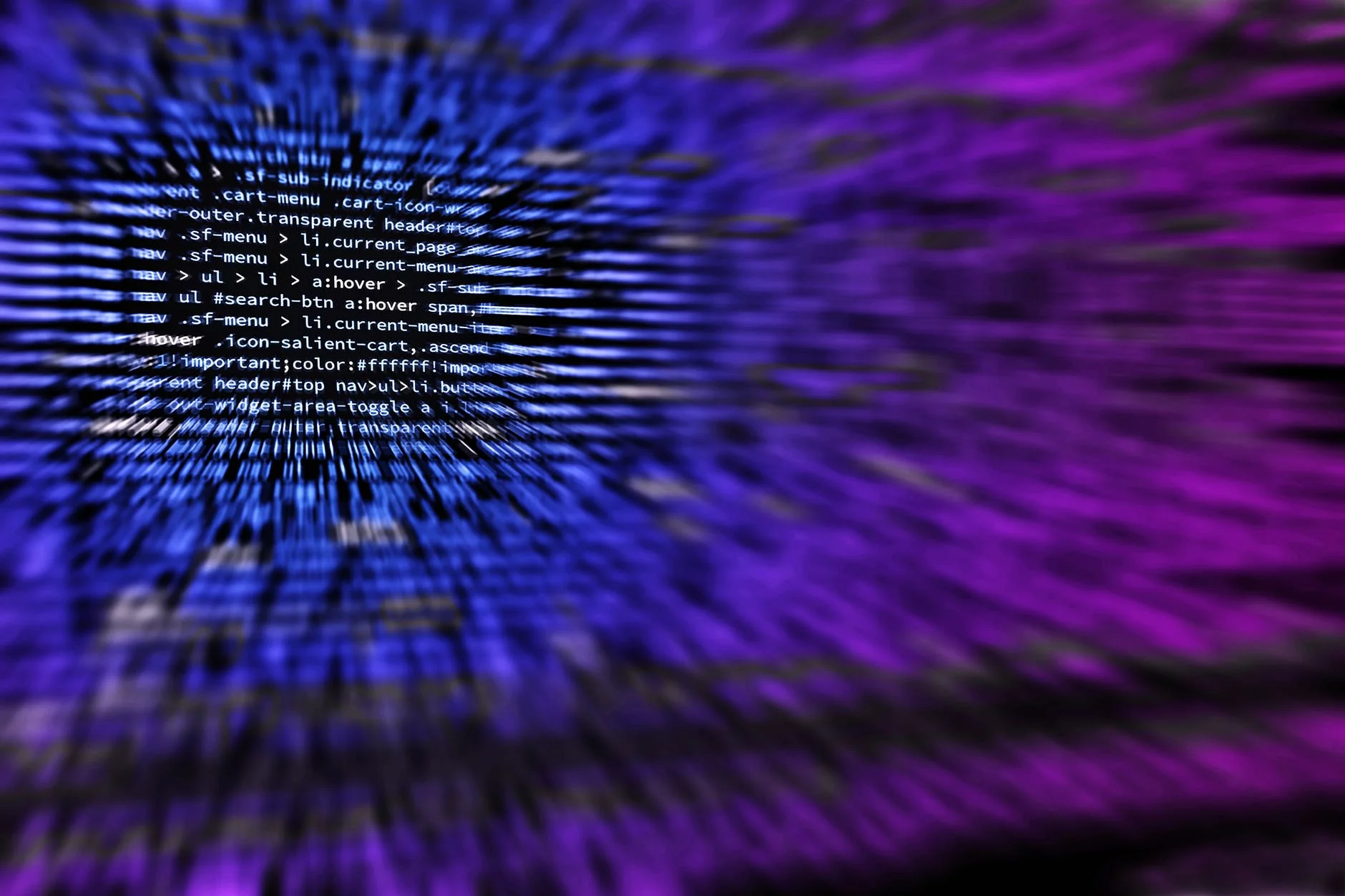 Where To Watch Free Short Films While Under Quarantine

Where To Watch Free Short Films While Under Quarantine

It’s the new reality. Most of us are hunkered down in our homes and doing our best to practice social distancing. While we are doing all this sitting in our homes, there’s a whole lot of streaming films going on. In fact, the traffic from streaming in Europe has gotten so congested that local officials and streaming services agreed to lower the quality for 30 days in order to lessen the strain on Internet Service Providers.

It’s certain more and more people will choose to stay home in the coming days and weeks, so expect streaming to continue to surge. Because of this, and because of the very uncertain times we’re in, streaming services from all the arts have been extending a hand by offering free content. So we thought we’d start a running list of free short films you can start streaming in your newfound free time!

We will be keeping this list updated for as long as quarantines remain in effect:

What: Just announced on March 23rd, the much-anticipated Aspen ShortsFest made a very innovative decision by making their upcoming festival entirely virtual! Between March 31st and April 5th, viewers will be able to snag virtual access codes for limited time screenings of world-renowned shorts. Check out the specs, prices and more in the link.

TRIBECA “A Short Film A Day Keeps The Anxiety Away”

What: Since Tribeca has been postponed, they decided to still release some movie magic with a short film a day from Tribeca alum. This will include several online premieres! A new film will be posted every day at 11 a.m., so be sure to keep up!

What: All coming in at under 3 minutes, the National Film Board of Canada has decided to open their prestigious vault (including the Academy Award nominated short “Animal Behaviour”) and let you watch their ultra-short shorts for free. There’s a great variety, ranging from more traditional animation to extremely experimental work.

Lockdown Cinema Club “Short Films For A Cause”

What: In order to support the Southeast Asian film production workers currently out of a job during a month-long quarantine, a film collective has put together a curated collection of shorts they really like (all currently available on Vimeo or YouTube). This three-volume series also hopes to raise awareness for the COVID-19 effort by asking for PPE donations.

What: We were all so sad to find out that SXSW had decided to cancel their annual festival for the first time ever. However, it’s been equally as gratifying to see the love and support coming from other filmmakers and film outlets during this time of crisis. Short of the Week did their best to promote SXSW premieres by giving us a list of the shorts that decided to go ahead with online premieres! Don’t wait – these are the must-see shorts of 2020 so far!

What: Co-founded by Nikki Born, director of the short film “Haunt”, this Instagram/Facebook group challenge is specifically for our quarantined times. Make a short film in 4 days, using only what you have in your home. You must also practice proper social distancing to make the film. They say that limitations create the greatest art, so here’s your chance! The first film (made by Nikki) is COVERT 19, which you can watch now!

What: The site that puts up one new film a week (for free!) isn’t a new resource. But during these uncertain times, it may be more important than ever. You never quite know what you’re going to get from this very eclectic library. One week may be a new short film release, while the next might be an experimental feature. You just have to tune back in each Friday to find out.

What: 40 Days!? Is that how long we’re all going to be stuck here!? While we don’t know just how long quarantines will be in effect, we can take our film knowledge one day at a time with a free course in filmic visual language. Taught by esteemed documentarian Mark Cousins, you only have to spend between 3-7 minutes learning about a new technique or topic about film.

What: Writer-Director Chell Stephen (director of “Crystal”) is back with a brand new short – just in time for our homebound movie marathons. Here’s the synopsis: Babygirl is gonna find out where Mom’s been sneaking off to in the night and have her eyes opened wide to the perils and powers of womanhood along the way. Get ready to expect the unexpected! Want to learn more about Chell? Check out our interview with her.

What: Thanks to a special partnership between Mailchimp and Oscilloscope, all of the SXSW 2020 short films that were supposed to premiere are now available online and in one place. There’s a lot to choose from here, but what unites them all is their independent spirit and quirky personality – both staples of SXSW films!

What: This one’s for San Francisco area residents only, but an exciting opportunity nonetheless! Win an annual pass to the New Parkway Theater by making a short under 3 minutes, between March 16th and April 7th and that follows all “shelter in place” orders. Enjoy!

What: This is perhaps the first, and the biggest, international film festival designed entirely around the nearly worldwide quarantine going on. Anyone can submit, but only 10 short films will be chosen and promoted. In true Oscar fashion, the talented crew behind this impromptu project will be giving out awards in several categories, including technical ones. You have until April 8th, so get to making a short!

What: The quarantine shorts will be televised! Memory, a highly curated film site, has decided to run an online TV channel of sorts and is providing a rotation of features, web series and shorts from their back catalog from morning to night. Follow the link to the website and pop in whenever to see what’s playing.

What: The Academy Award-winning producers behind last year’s short doc “In The Absence” is trying to pay it forward during these tough times by offering virtual consultations with documentary filmmakers. This is your chance to talk through an existing project, discuss distribution or find out what you can do for your film while in isolation. All slots are currently full, but you can still get on a waiting list.

What: Every week, the great short film collective of Talking Shorts puts together a curated program of shorts with a Quarantine theme. You can then vote on your favorite of the bunch. The festivities include donation requests for important health and cultural organizations that are on the front lines during the COVID-19 crisis.

What: Created by the Latino Film Institute, live readings by professional film and television actors in the Los Angeles area will be given of screenplays written by Youth Cinema Project members. Even though the readings can no longer be held in a public gathering setting, they will instead happen via livestreams. Tune in on Wednesdays and Fridays through the end of April.

Spaces, Short Films Made From Home By Acclaimed Directors

What: Thessaloniki International Film Festival has started a short film commission project called “Spaces”. Top directors from around the world (including Albert Serra, Jia Zhangke and John Carroll Lynch) are making original short films from their shelter-in-place orders. The first part has already premiered (“Spaces 1”) with many more to come.

What: As reported by Filmmaker Magazine, the site THIS LONG CENTURY is offering a month-long online screening series from their experimental shorts selections. Thirty renowned shorts from filmmakers all over the world are available to watch right now for free (though they do ask to donate to one of the relief organizations listed on the site). The films are divided into two series, OUTSIDE and INSIDE. The latter obviously takes on new resonance with COVID-19.

What: This Facebook group is a brand-new hub for sharing independent films, including your own shorts. At a time when online communities of filmmakers are more important than ever, Prodigy Films. stands as a new bright light in indie cinema. Watch, react and post your own work right now!

What: From May 5 – May 31, LALIFF 2020 will be hosting a new online initiative. It’s called LALIFF Connect and will be a portal that includes the entire 2020 festival lineup. Like so many other festivals this year, a virtual collection of the selected films are the best possible backup option. If you’d like to check out some shorts from last year’s festival, LALIFF has also released their entire 2019 catalog for free viewing between now and the time their 2020 festival starts. Get watching!

What: The B-Movie legend himself, Roger Corman, is taking submissions for the first (and hopefully last) short film quarantine film festival. The rules are simple but specific, so check out the link to make sure you’re following along.

What: Switzerland’s renowned documentary film festival usually starts in April of each year. But, circumstances as they are, they’ve moved their entire library of selections online. Not only that, but you can watch many of them – including medium and short length films – for free right now. You have until May 2nd!

What: A Skype documentary that asks world-renowned directors all the same question – “Is cinema becoming a dead language—an art form which is already in decline?” Sponsored by the Museum of The Moving Image, this series of live discussions are available to watch on Vimeo. Some of the filmmakers listed include Maya Daisy Hawke, Steve James and Bo McGuire.

What: Got an Oculus VR headset and equipment? Then it’s time to watch some of the latest in groundbreaking virtual reality short films! Usually just reserved for film festival spaces, Tribeca has taken their 360-degree programming straight to the internet, for free viewing. You can see immersive animated films, dramas, documentaries and more.

We Are One Film Festival

What: Even though the Coronavirus pandemic has left many programmers scrambling for an alternative or simply having to cancel their festival outright, no one’s giving up without a fight. All of the biggest film festivals around the world – from Cannes to Sundance to Venice and beyond – are planning 10 days of curated programming from the best in global cinema. While many details are to be determined, we know that it will start May 29th and that we should expect some amazing titles. All funds raised will go towards COVID-19 relief funds.

What: We already mentioned Mailchimp’s free viewing of the SXSW short films, but Amazon Prime is offering another way to see more from this year’s catalogue. Available for a limited time, you can watch Narrative and Documentary features and shorts alike. This is just another way to see films that were sadly denied their rightful premiere.

Don’t forget that you can always start watching award-winning and festival-qualifying shorts right now with a 7-day free trial of Miniflix.TV!