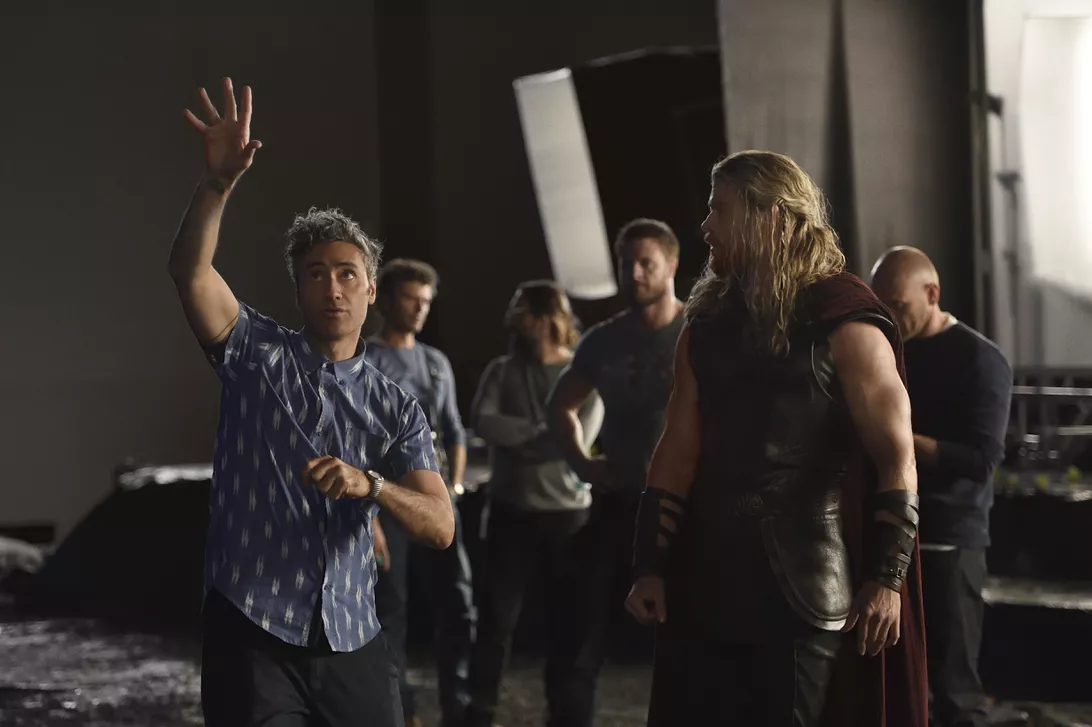 Tips From Famous Directors Who Started With Short Films

Tips From Famous Directors Who Started With Short Films

When you’re starting out as a filmmaker, whether in film school or making films on your own with friends, the idea of making movies like Martin Scorcese and Steven Spielberg can feel a million miles away. That’s why it’s great to remember that everyone – even the legendary directors – had to start somewhere. In many cases, the greatest movie directors of our time started out with short films. They too dreamed of making it big and directing blockbusters – but they knew that they had to start small and prove their talent and vision to audiences that way first.

On this list, you’ll find filmmakers who have gone on to win Academy Awards, direct Marvel films and much more. All of these directors have two things in common: they are incredibly successful as filmmakers and they started out by making short films.

The man, the myth, the legend. You know him as the visionary director behind The Dark Knight, Inception and Dunkirk. Perhaps the most popular mainstream director making original projects today, it’s almost hard to believe he was ever not “Christopher Nolan”. Yet, he too started in short films as he was in London attending film school. His breakout short, “Doodlebug”, showed the incredible promise of a director to come. But, of course, nobody, not even Chris himself, could have seen how big his films would become. In a wonderful interview with BAFTA, Nolan explains how he truly learned all the foundational elements of cinema in his short film practice. What he has to say about writing short film screenplays may surprise you…

“But really every job I did – corporate videos and industrial training videos and things where I’d have to go to a company and throw up some lights and shoot interviews with executives…you’re always learning about your craft. You’re always learning how to balance the pragmatic requirements, the race against time, using the equipment you’ve got in a short space of time…it’s all useful experience.” – Christopher Nolan

Are you going from commercial gig to commercial gig, still trying to get a short script made or feature script financed? That’s great, but don’t forget how much there is to learn from what you’re doing right now. I’m sure that Nolan would owe much of his current success to the fact that, whatever he was working on – commercial or short film – he treated it as the most important creative learning project possible.

Ava DuVernay – It’s All About People

We now know Ava DuVernay as one of the most important African-American female directors of her generation, but before she got to make Selma and A Wrinkle In Time, she started with extremely low-budget short films and feature films. For example, her first short – “Saturday Night Life” – was made for $6,000.

In an Academy interview in 2014, DuVernay explains the importance of sticking with what you’ve lived and experience when just starting out and have little to no budget.

“When you’re making a low budget film, something for $50,000 or $200,000, there’s nowhere to hide. It’s people. Usually people talking…or not talking. But you’re on these faces. You’re on behavior. So you really have to be able to understand that.That comes from living…” – Ava DuVernay

What holds true for $200,000 or $50,000 also holds true for $6,000 (or even $600). Start with films that are intimately about the human experience. It’s tempting to want to showcase your ability as a filmmaker right away, blowing everyone away with what you can do with special effects and epic camera movements. And don’t worry, that chance will come. But when you’re just starting out and making short films, we recommend following Ava’s advice and keeping things intimate and strictly related to what you’ve known and experience about the world. Your originality and voice will always shine through.

In 2006, this Irish playwright took his hand at a new medium, film, with the short film “Six Shooter”. Despite starring acting legend Brendan Gleeson, there was no guarantee that the film would get an Oscar nomination, let alone the win itself! McDonagh has gone on to be Oscar-nominated for two more of his feature films and is now considered one of the greatest screenwriters alive.

But let’s go back to 2006, when no one in Hollywood knew who he was. What was his objective with that first short film? Was he doing it for awards or to get noticed by big producers? See his short but insightful interview with Film4 to find out.

“You only make a short film, usually, to see if

you can do it well or to get something else done.

You don’t ever think about the Oscars.”- Martin McDonagh

McDonagh made this short film for himself before he made it for anyone else. This was his proving ground, the chance to see if what he envisioned in his head when he was writing a screenplay could actually translate to the screen under his direction. Too many times, we think we have to go big or go home with our projects. It’s Sundance or nothing. I have to get a Student Academy Award or the film was useless. But in fact making the short film you want to make should always be first and foremost about trying to accomplish what you wanted to with the story and execution. Anything beyond that is icing on top of an already-delicious cake.

Sofia Coppola – Not Waiting For Permission

Even though Sofia Coppola is the daughter of one of the most famous film directors of all time, it did not guarantee any kind of a career in filmmaking for herself. But she beat the odds and became a trailblazer for female directing, becoming one of the few women directors to ever get an Oscar nomination in directing. Of course, all of her films, including Lost In Translation and Marie Antionette are now considered modern classics, with some of the most iconic scenes in the 21st century.

But she started small first, making the short film “Lick The Star” on 16mm. She had no budget – just an idea and a camera. Even now, in an interview with W Magazine, Coppola explains how, even when she still struggles to find financing for a new project, her father’s advice gets her through:

“Lately I’ve been trying to start a film project and I’m waiting for the company to give me the go-ahead. He [Francis Ford Coppola] is just like ‘start it!” It’s just that idea that you don’t wait for permission. You just do things and hope people will follow.” – Sofia Coppola

Whether it’s a big project like Sofia is used to working on, or it’s your first ever short, the only person who needs the permission to forge ahead is you. Don’t have the financing yet? Still work on the storyboards and finetune the script. Haven’t found the right actor yet? Cast yourself or someone else you know instead and see if it works! When it comes to filmmaking, there will ALWAYS be things and people that try to get in the way – but in the end it’s up to you to still create no matter what. You’ll become a better director for it.

Taika Waititi is now known for making one of the best superhero movies of the last decade in Thor:Ragnarok. He also most recently made the multiple Oscar-nominated Jojo Rabbit. But long before any of the success or acclaim or big budgets, he was just a young New Zealander with big dreams. In a 2010 TED talk, he tells the story behind what gave him the push to make his 2004 short film “Two Cars, One Night” – which itself became Oscar nominated.

“So I think failure is a brilliant thing. It teaches you a lot of stuff, and you end up coming up with better ideas often, when you fail at things. And I think what’s really great also is learn to embrace bad experiences, bad creative experiences, and watch bad movies, and read bad books because all of that stuff sometimes teaches you what not to do. One of the bad experiences I had was I played a stripper on a TV show once. And I remember sitting around in a green room in my g-string thinking, why am I doing this? I’m just helping someone else to realize their dream, and so what I ended up doing was I started writing my own scripts and stuff in my g-string. And then a few months later, I made a short film, and then, that went on to go to the Oscars about a year later…” – Taika Waititi

Most people will tell you just to read the best books or just to watch the best movies. But as Waititi shows, sometimes the best way to get you going creatively is to face failure head-on and see examples of movies that didn’t work. You can learn something important from anything you see, no matter how good or bad (and the bad stuff will help you avoid doing the same thing in your own projects).

Want to learn about more breakout directors from this year who started out in the short film world? We’ve got you covered!