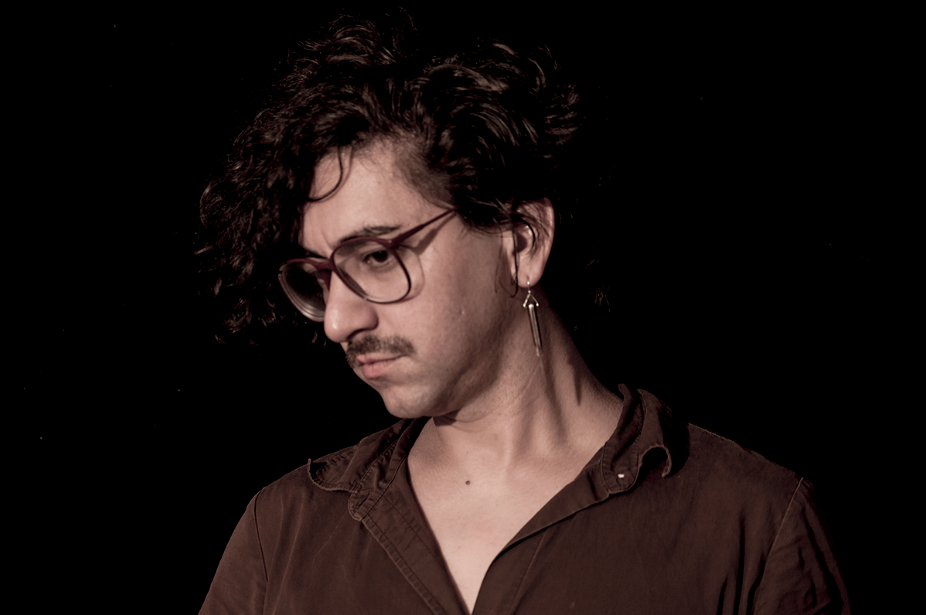 The Anarchy Of Short Filmmaking: A Miniflix Interview With Michael Arcos

The Anarchy Of Short Filmmaking: A Miniflix Interview With Michael Arcos

Raised in a Miami suburb, Michael was in a world completely cut off from anything resembling the experimental cinema he’d later be making and exhibiting throughout the country. But something he did always have access to growing up was home video cameras. His father loved documenting everything in their family life, perhaps indirectly inspiring Michael to find poignance in the banal, to find something unexpected behind every otherwise ordinary encounter.

His filmmaking journey has led him to making several outstanding, subversive short film works. His latest is “Valerio’s Day Out” — a recently-announced Sundance 2020 selection! This film re-imagines the real-life jaguar escape form a New Orleans zoo from the perspective of the jaguar, Valerio. Combining true crime sensationalism, commentary on mainstream media, humor and bursts of surprising violence, “Valerio’s Day Out” is a good time jam-packed with deep feeling.

Michael talks with Miniflix about film festivals, the line between accessible and personal and the wild west that is short filmmaking.

Miniflix Interviewer: A few years ago you did an interview with a local film group, Shotgun Cinema. In that you had mentioned wanting to move more towards a narrative-driven and accessible cinema than what you had made so far. I’m curious — since that interview, do you feel your recent output of films have stayed true to this wish?

Michael Arcos: I think it ended up being the complete opposite. My work started becoming more documentary and hybrid. But I wrote a script that, at the time, I really felt was attainable, called Biting Susan that I will make someday for sure. It’s a narrative — and it was just huge. In my mind I thought I could make it for like $12,000. Then I’d take it to producers who’d say that the script was great but that I was looking at a million-dollar movie. For me at that time, that kind of budget just didn’t make sense.

Miniflix: Can you quickly recount the real story behind “Valerio’s Day Out”? I’m interested to learn how you went from hearing about it to knowing you wanted to make a short about it.

Michael: Yeah, it was a total obsession. My former roommate was telling me at the time… “did you hear? A jaguar escaped from the zoo!” This zoo is less than a mile from my house. It had went on a killing rampage, killing several other zoo animals. That’s all we knew. This was in the morning, so in my groggy state — still drinking coffee — I looked it up. There were some news articles about it already I was obsessed more so with how small town media was covering it and holding onto the story for four weeks.

So I got excited about the story and in a stream of consciousness just wrote this diary entry from the perspective of the jaguar, post-escape, after it’d been sedated and relocated.

Miniflix: One of the things I liked most was how you used the existing news coverage. Particularly the way that it felt like every new development had slightly different, sometimes contradictory, facts on what happened. Things like the number of animals harmed and killed by the jaguar kept changing. It was a fascinating microcosm of the news cycle at large today. Was the news element something that came to you after you’d already fleshed out what you wanted the project to be?

Michael Arcos: Yes, it was a very intuitive find. I got lost in the whole process. I’ve seen way too much footage of large cats attacking animals. There was probably a good 120 clips I found all over the world on that story … It was just about finding the language and the manipulation of the event that was being used. 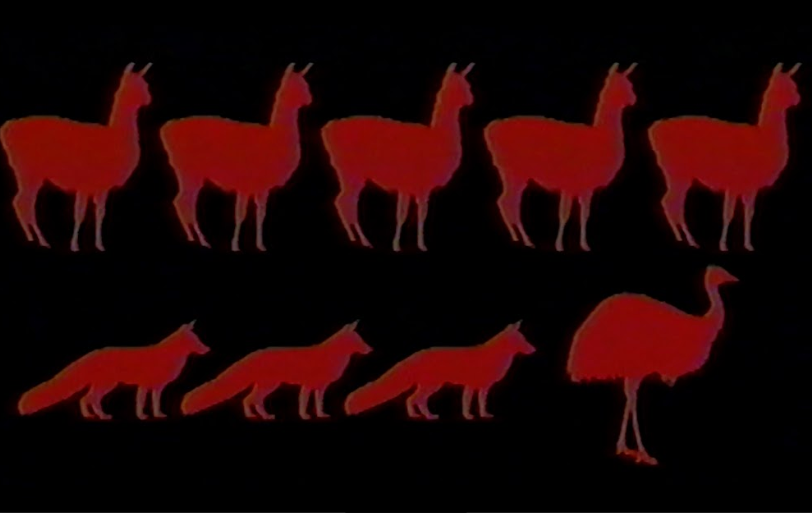 Miniflix: How has the festival run been for this film?

Michael: As of this interview, it’s going on its thirteenth festival.

Miniflix: What have the reactions been to it so far?

Michael: I was worried to be honest, especially making it so close to home. I mean, one of the statements that the zoo made was them being very adamant about saying that it was their fault and that the jaguar was doing exactly what it was supposed to be doing. Then there was a lot of mourning for the animals that were killed. They had memorials and all this stuff. To me, I’m making a love story — it’s not a middle finger to the animals killed at all. It’s a little bit of a middle finger to the structure of a zoo…

Miniflix: Well, you have this ending shot in “Medio De Monos (Fear of Monkeys)” that also reiterates that sort of voyeuristic, oppressive gaze behind going to zoos. A throughline that I had also seen through a lot of your films was how the human voice was used. In most cases it was through narration, like in “Valerio’s Day Out”, “Garfield Estate Sale” and “No Parents”. You’ve found a way to continually capture the way people actually speak, and not the way they usually speak in film narration. A lot of tics, digressions and eccentricities come out. Is this something you’re intentionally foregrounding in your work, or even something you’re conscious of when making a project?

Michael: I have to admit that it’s subtle exploitation with my subjects, friends, whoever is willing to do these things. But also I feel like it’s very human and that these works that I make are labors of love. They are janky productions, and I’m not afraid of revealing that.

Miniflix: It works to each film’s credit, because you feel like you’re being taken along in the journey by someone real each time.

Michael: I’m glad that it’s noticeable and that one could pick up on that. For example, with “No Parents” — that’s something based on a true story from my childhood. When a friend (AHOLSNIFFSGLUE) was visiting me out here, I literally told him the story twice, gave him a microphone and asked him to tell the same story as if he was just telling an urban legend. For “This, My Favorite Mural”, I had my German friend (Yvonne Jenning) literally just watch a cut that I had made without showing her any of the dialogue that I wrote. Then I asked her to narrate it as if she were a news broadcaster while watching the rough cut. We got a couple of nice things from that experiment. Miniflix: I take it that you’re not very precious with your scripts. Michael: I don’t think one should be. I mean, there’s times when I write something that needs to be a certain way for sure, but I’m very open to suggestions and open to being wrong. My collaborators are also all ghost writers. I couldn’t do it without them. 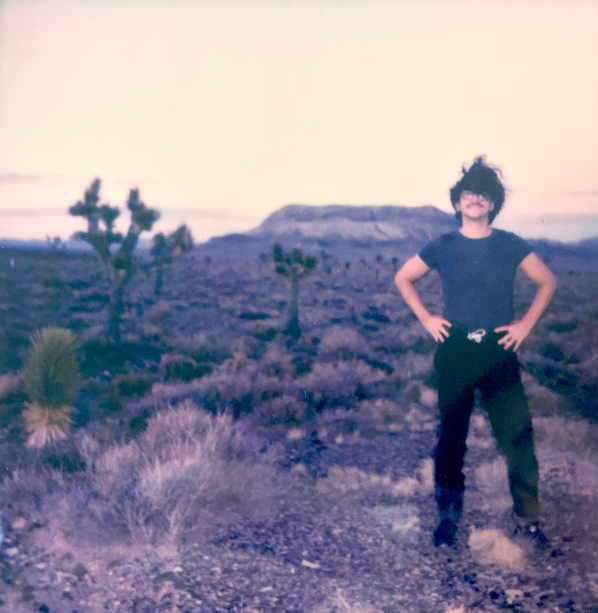 Miniflix: What energizes you about film festivals? What do you perhaps find wanting about them?

Michael: I’ve heard a lot of filmmakers complain about submission fees and stuff like this, but I feel like festivals are giving a platform for our work…for me, it’s always a positive outlet and has never been negative. I consider it more a donation if I’m giving a submission fee than them robbing me or something. I think they are still special…I give festivals a lot of credit for giving a platform for our work and voices.

Miniflix: How does a project go from an idea that you’re mulling over to something you actually know you want to make?

Michael: It’s purely compulsive and obsessive for me…if I didn’t have that, I think I’d be playing drums or something. I have to keep my hands busy. Filmmaking seems to be a good outlet and it incorporates many things that interest me.

Miniflix: For you, is there a difference in your approach with a short film than a feature? Should the two forms be treated or understood differently?

Michael: I do know that the short film realm is under the umbrella of anarchy. There are no rules. Nobody’s buying it, nobody’s selling it, nobody’s checking if you’re using a Beyoncé song… well, maybe a Beyoncé song. In my opinion, it’s a place for stepping stones, for trial and error, to fall on your face, etc. to then make your feature. But, having said that, I love short form. Sometimes, the shorter the better.

Miniflix: Is there a short film out there that you’d like to recommend?

Michael: Laura Moss is my hero. She did a short called “Allen Anders: Live At The Comedy Castle”. She’s doing incredible work. Recently at the Overlook Festival, I saw “Under Covers”. It’s an animation that I really liked. There’s also a short film called “Caravan”. It’s about two little kids and a seemingly dead father figure inside a caravan trailer with a horse outside. The two children are alone and it’s only alluded to what has happened before and what will happen after. It’s a tiny vignette. That was a beautiful piece.

Watch the trailer for “Valerio’s Day Out”