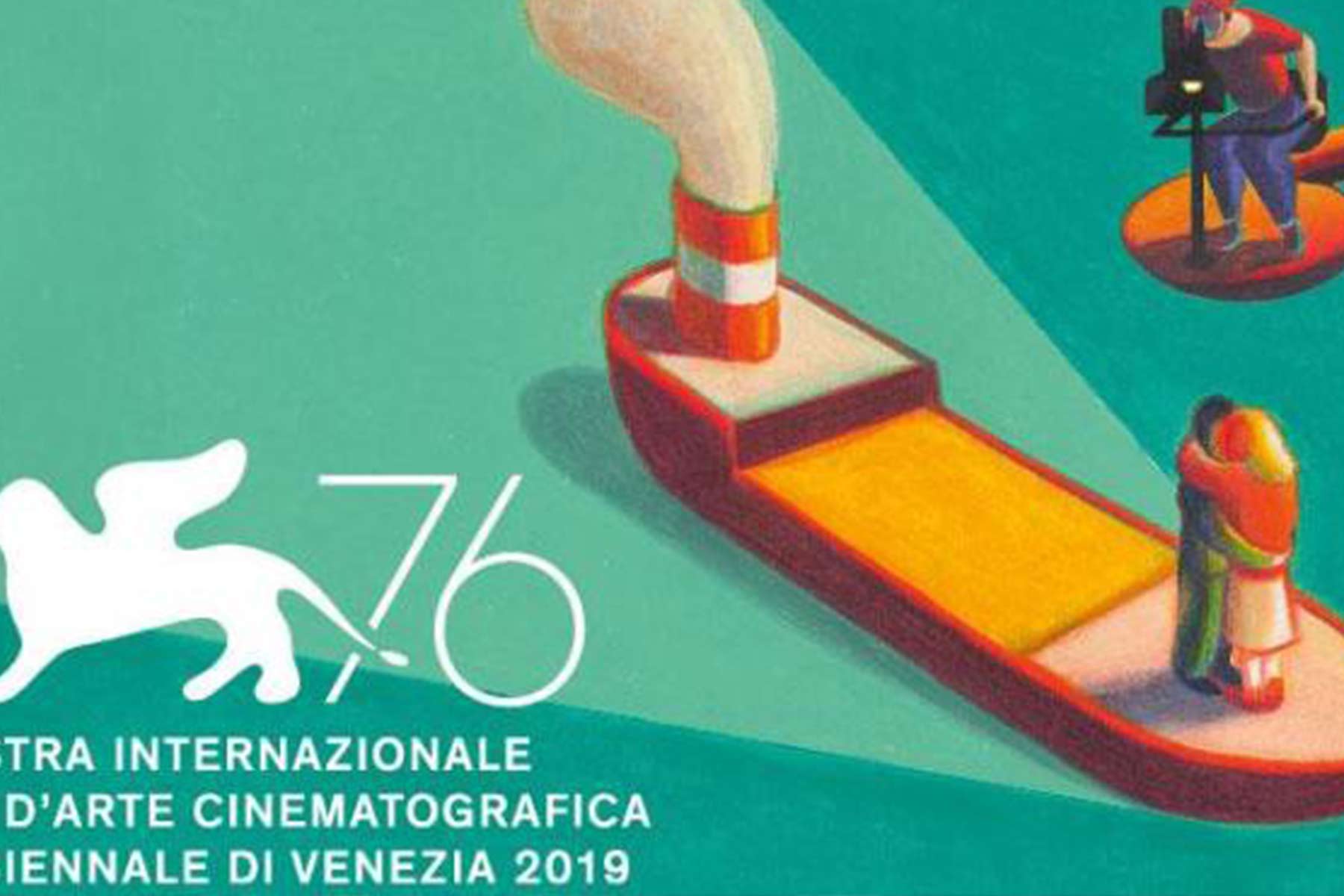 The Venice Film Festival begins in less than a week, with Telluride and the Toronto Intl. Film Festival not too far behind. This means we are officially in the fall film festival season. Oscar hopefuls pit off against indie darlings for the top prizes and, perhaps more importantly, for the biggest buzz.

Just like with feature films, there are certain shorts that come along each year and take the festival world by storm. In today’s article, we point you to 8 of the shorts that we see becoming a fest staple throughout 2019.

Plot: Living in war-torn Eastern Ukraine, Anna is an aging single mother who is desperate for a change. Lured by a radio advertisement, she goes to party with a group of American men who are touring the country, searching for love.

Director’s Statement (excerpted): Observing what went on at the nightclubs inspired me to look deeper into this cultural phenomenon and to discover the existence of the “love tours” that are depicted in ‘Anna.’ I found the subject compelling enough to return to Ukraine six years after my original visit, and capture it on film. In ‘Anna’ the backdrop is wintry and cold, but regardless of a country’s regions everyone ultimately harbors dreams and aspirations. These international dating events, which have been organized since the fall of the Iron Curtain, continue to take place, with groups arriving in Ukraine many times a year. The mass parties in which men are usually outnumbered 1 to 10, now take place almost exclusively in East Ukraine, the industrial and more impoverished part of the country… This is an important story of hope and despair, one which I have attempted to capture as authentically as I could.

Why The Anticipation: “Anna” is Dekel Berenson’s second of three shorts (with the third also having premiered this summer). With each work Berenson is becoming more and more widely received. Typically centered around social and humanitarian issues, Berenson has more than 12 festival wins and nearly 50 nominations under his belt. Biggest among them have been his Academy Award qualifying run with “Ashima” and most recently with the Cannes and TIFF selected “Anna.” Believe it or not, he has a second film touring the world at the same time (“The Girls Were Doing Nothing”).

Plot: Amanda, a complacent and lonely woman in her mid-forties, lives with Daniel, her sixteen-year-old son, in the mountains of southern Chile. Octavio, a friend of Daniel, is accidentally injured while hunting in the forest. Amanda takes over the healing sessions, developing an intimate bond between them. They discover that the contact with the wound produces an addictive pleasure.

Director’s Statement: “Fiebre Austral” is an atmospheric pursuit with which I try to understand what happens in that magical gap that exists between pleasure and pain. It is a film that wonders about the body, about the personal perception of its sensitivity limits. It was inspired by my aunt Carmen’s pictorial work, which is violent, seductive, static, sexual, outrageous. For me, “Fiebre Austral” gathers all of that.

Why The Anticipation: Just from the trailer alone, you can see Thomas Woodroffe’s long-standing respect for cinema and the tradition. Referencing classics like Citizen Kane in its depth of field techniques and contemporary slow cinema masters in its contemplative camera, “Austral Fever” has a lot on its mind — and a lot to express. This twenty minute fever dream of a film is also playing TIFF, and we imagine many more festivals. This is Woodroffe’s third short film.

Plot: Young men from all over the world have been meeting at the Blue Boy Bar in Berlin for forty years. According to their website, this is where the city’s lonely hearts, business people and tourists go.

Director’s Statement: I wanted to make a series of portraits of sex workers applying the same rules of the sex trade. To place emphasis on the performativity of such dynamics and to create an experiment in which the roles of everyone involved (protagonists, audience, myself) were interchangeable. What would it be like for these young men to take distance from the character they play? How would they react to their own stories?

Why The Anticipation: This masterclass in observational documentary cinema has been on the festival circuit since the very beginning of the year, but it looks to continue rolling with an official selection at the upcoming San Sebastian Film Festival. What’s most revelatory about the film lies in its method. Abramovich has his subjects listen to recordings of their experiences, adding a meta-layer to the film’s nuances and complicated subject matter. It won’t be an easy sit for many, but we think it will prove rewarding for enough festival audiences to be championed further into the year.

Plot: A professional cellist has an encounter with a stranger on the subway which has unexpected and far-reaching ramifications on his life.

Why The Anticipation: This is perhaps the most anticipated short film at any festival it plays in soley based on the star power behind and in front of the screen. Coming off of his Oscar-nominated period piece The Favourite, Yorgos Lanthimos curiously chose to go with an under-the-radar short film piece as his follow-up. But who better to pair him with than the also Oscar-nominated Matt Dillon as star. From what we heard at Locarno, it’s a film that’s sure to “mess you up”, and its continued run at TIFF and NYFF ensure that many more audiences can witness the mind trip on a big screen.

Plot: Six-year-old Lin lives in an isolated fishing village with her brother and their widowed mother. When the family is given an opportunity to start a new life, Lin has a startling revelation. A melancholy tale inspired by real events.

Director’s Statement: I received a call from my mother one Sunday afternoon while I sat around doing nothing in my shabby Jersey City apartment. It was 3 am in China, where my mom was calling from. She told me that she had just had a nightmare about her mother, a nightmare she had been having since she was six. “I think I am probably never going to be able to forgive her,” she told me.

I was shocked. My mother was forty-five, which meant that she’d been having this nightmare for forty years. As the conversation unfolded, a piece of buried memory was unveiled.

Pearl is inspired and loosely based on this memory from my mother’s tragic past. I don’t intend to recreate her nightmare but I want to put myself in this little girl’s shoes and see what she saw, through the art of cinematic storytelling. By examining the event from different perspectives, I hope to better understand this traumatic moment. I believe that the process of writing and reexamining what went on in each character’s mind will help me shed some light on the complex fabric of the human condition.

Why The Anticipation: After playing at NYU’s First Run Festival (where Feng was getting his MFA), this visually-arresting tale — based in part on real events — has been surely building up momentum in the festival world. After Tribeca and Short Shorts Asia, its next stop is Raindance, where it will be in great company. Feng has always created some personal and singularly creative work, and garnered attention for it, but we expect this narrative short to make him a known name in short film circles.

Why The Anticipation: A new Qiu Yang film — what’s not to anticipate? This contemporary auteur has been surpassing audience expectations in film after film. Yang’s entire filmography has led him to major short film fests around the world. His crowning festival achievement came in 2017, when he won the short film Palme d’Or. Perhaps the most interesting part of his career? He’s only made short films so far! We’re sure a debut feature can’t be far off. 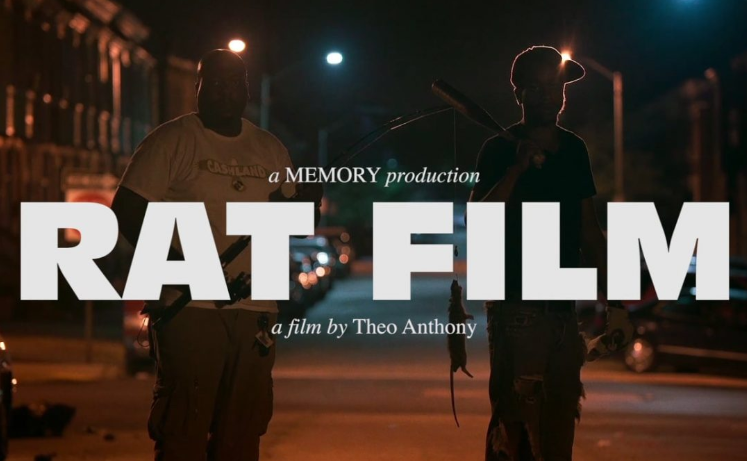 Plot: It charts the rise and development of the instant replay system Hawk-Eye in professional tennis, cleverly relating innovative technology and the imperfections of the human experience to the history of cinema, sports entertainment, and humanity’s desire to objectively interpret the world.

Why The Anticipation: This is Theo Anthony’s follow-up to the incredibly successful debut documentary feature, Rat Film. Its exploration of Baltimore haunted and compelled festival juries from SXSW to Cinema Eye Honors. Like Yorgos Lanthimos, he’s curiously chosen to go with a short form film on a completely different subject (sports). Since it hasn’t come out, we can’t be sure to how it will be received — but we have a feeling this documentary essay will have a long fest shelf life.

Plot: During an abortion, instead of aborting the fetus, a girl gives birth to a live jellyfish.

Why The Anticipation: Like Yuchao Feng, Layla Jian Luo completed her MFA at NYU and has effectively used this hypnotic short film as a career launch pad. So far, so good, as the film premiered at Clermont-Ferrand and has since played at many major festivals, and continues to have more (like New Orleans Film Festival) coming up. Layla stays busy — when she isn’t directing, she guest lectures at the School of Visual Arts. We are so excited for a career that’s just beginning!