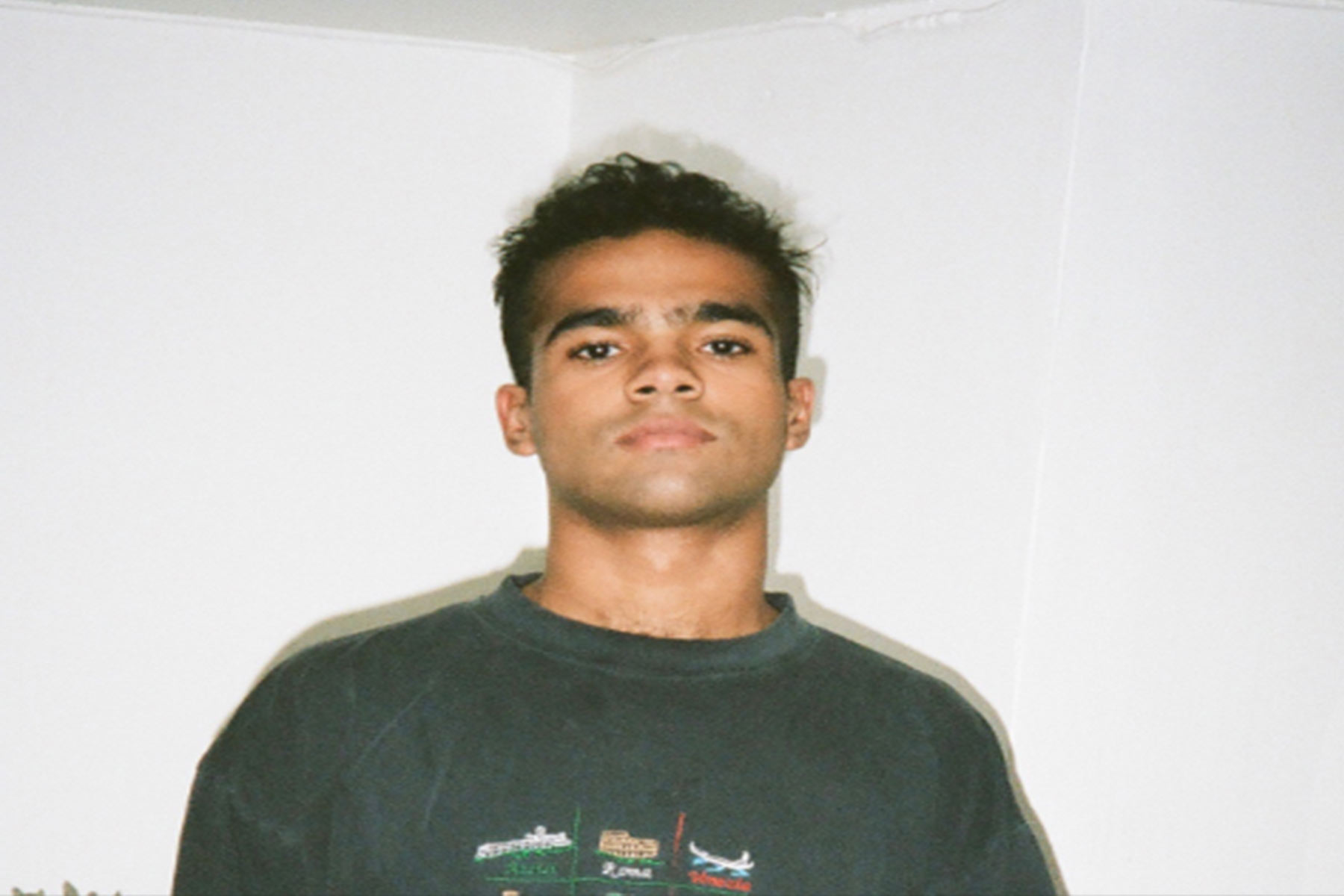 Taking The Road To Mastery: A Miniflix Interview With Phillip Youmans and Isaac Webb

Taking The Road To Mastery: A Miniflix Interview With Phillip Youmans and Isaac Webb

It’s been a great year for the 19-year-old Phillip Youmans. It started this spring, when his debut feature, Burning Cane, won the top prize at the Tribeca Film Festival. From there, it found new audiences at more festivals, got picked up for distribution by Ava DuVernay and even earned him a Gotham award nomination. 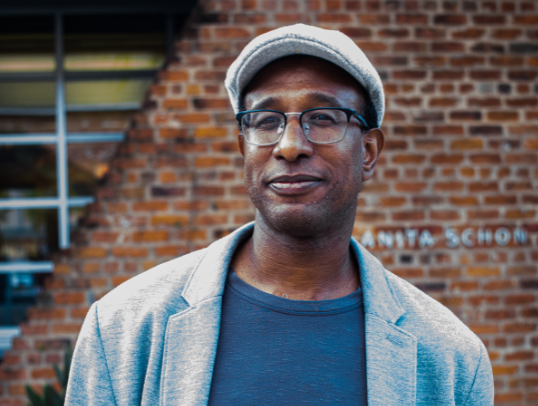 But the story doesn’t really start there for this incredibly talented filmmaker. Before Burning Cane became one of the biggest film success stories of the year, Phillip was hard at work on his craft at the New Orleans Center for Creative Arts (NOCCA). With the guidance of Isaac Webb, a filmmaker and teacher at NOCCA, Phillip gained the confidence and put action to his belief that his short script could become a breakout feature.

Both Phillip and Isaac talked with Miniflix about the full origin story behind Burning Cane, what it means to be great and why the ability to make great art is possible at any age.

Miniflix Interviewer: Phillip, when did you know you wanted to be a filmmaker?

Phillip Youmans: For me, I started out wanting to be an actor. I eventually realized that I wanted to transition over to the other side of the camera. I thought what the people behind the camera were talking about was more interesting. The conversation between the director and DP in particular. I also don’t do well with rejection, and being an actor takes a lot of that. I felt like being a filmmaker allowed me to have a bigger play in my own destiny.

You know how so many actors voice frustration about not being able to audition for good roles, so they just turn around and write it for themselves? I think that that was the same headspace I was in. Ultimately, so much of the creative freedom that I was interested in was behind the camera.

Miniflix: Isaac, what led you to your current position at the New Orleans Center for Creative Arts?

Isaac Webb: I’m a filmmaker and artist first. I’ve been making films since the 1990s. I went to Hollywood and wrote scripts and made a feature film with Elizabeth Shue called First Born. I produced a lot of work. Somewhere around the writer’s strike though, I started working at the Idyllwild Arts Academy, which was an international arts boarding school outside of Los Angeles. I went there to really focus on mastering my craft.

I just believe that teaching is the road to mastery. One thing I learned there is that you don’t necessarily have to wait to make a great movie or to try to make important, relevant art. So I adopted that mantra. About four years ago, I came to NOCCA because I knew the chair that had started the department. I knew it was a unique opportunity to come back to New Orleans.

NOCCA is an important cultural institution in Louisiana. Its alumni, its history, everything about it is relevant. Its platform and ability to reach young people is unprecedented. So I came, and then I met Phillip. He was actually just coming into NOCCA. He was in my first year. We were both new to NOCCA, and the journey began.

Miniflix: Can you speak a little more to what NOCCA is and what its guiding philosophy is?

Isaac: NOCCA is a creative arts high school. Its guiding philosophy is really to find and support young artists all over Louisiana. We have students who come from as far as Baton Rouge. We have a summer program to try and reach out to kids all over the state. We support the arts by mentoring the next generation of artists.

Miniflix: Phillip, when did you first bring up the idea of Burning Cane to Isaac? What was the journey like of developing this film together?

Phillip: Webb was the first person to give me notes or feedback on that script. He was the first one who prodded me into the idea that this could be a feature. He was the first person who even told me that this could be a possibility. The fact that he spoke about it so confidently at that moment made me think that this could really happen. Burning Cane started as a short script. We did a reading in class. I felt good about the material then … but eventually Isaac convinced me that this could be a feature. So I went back, expanded it, then we met up again. Once it seemed possible that Wendell [Pierce] could get involved, I knew we really had something here. Isaac: You can always tell when a script is alive. It just had that energy about it. The thing that was really remarkable about the script was how textured and in-depth the world was. It wasn’t a movie about other movies. It really was a movie about life and how people live it and how you succeed and fail at that attempt to live a certain kind of life under definitive morals. So I sent the script to a friend of mine, Kaia [Karen Kaia Livers], who would eventually be the lead of Burning Cane. I had asked her if she would help me cast it. Then she read it and told me she wanted to do it. That’s when I knew it wasn’t just me who responded to what was happening in this script. Then Wendell coming on … it’s like someone coming up to you with a Bentley, then asking if you should drive it. His coming in didn’t just inspire the feature but required it to be a feature — in honor of the opportunity. 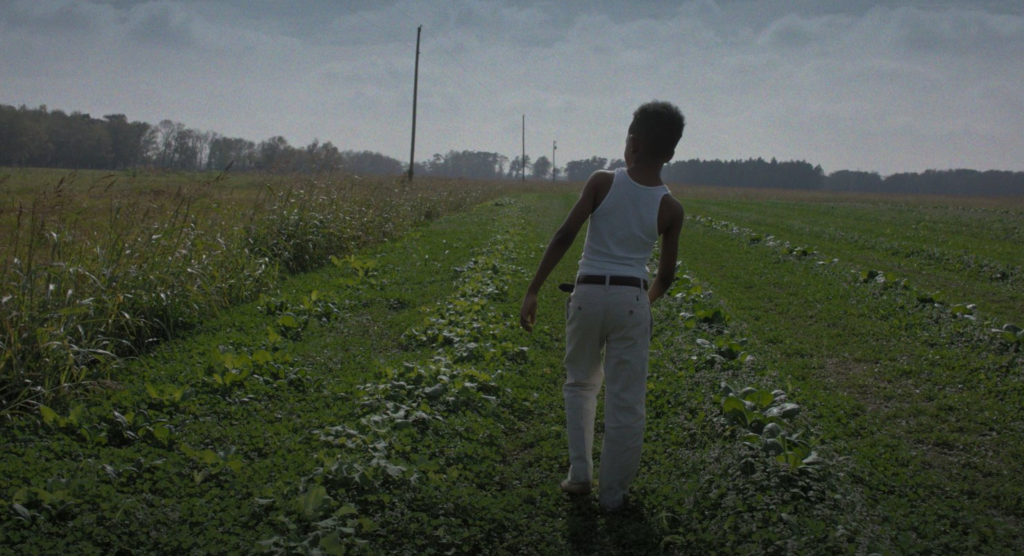 M: So Isaac, what was it about the original short script that made you think that this could, and should, be expanded into a feature script?

I: Generally, I try to talk students away from the feature. The feature is usually a trap. But this was a special situation. Phillip knew so much more about the world of the film. He really did understand so much more about each character and their individual narratives. I thought that him writing the feature would help him better understand the short. Even if it didn’t work out, I thought he needed to write the feature just to know what it would be. What was interesting was that the short was more like a thriller.

P: Yes, the feature ended up having a much slower pace, more brooding.

I: It was very Hitchcock-ian in a lot of ways. In terms of giving that narrative the greatest possibility, the feature is a certain kind of tactic to get your movie seen. Phillip proved that in a real way.

M: Phillip, what would you say the training at NOCCA did for you that helped you be able to direct this debut feature with a major actor attached?

P: When I came in that first year, Webb had us do split crews. Everybody wrote a horror film. There was a democratic process in selecting them. Then we broke out into applicable production crew situations. I was selected to direct this one called “Veins”. The writer and I did have certain differences but it was about finding a balance and respecting where the intention behind the writer’s material was coming from. Just having those questions, early on while at NOCCA in high school, was sick. It was so dope in how it really simulated what set is like.

I think also it’s about the gear at NOCCA. No one is going to make you do the work. You have all the resources at NOCCA, as a high school student. There was more than any of us could have ever afforded. You have all the tools there. Outside of the instruction, you have the rest of your days and weekends to put that to use. It’s up to you whether you want to go out and make something.

M: So much of the conversation surrounding this film is the fact that you are so young. Isaac, does the fact that Phillip is being noted for his abilities at such a young age make you hopeful that this could open doors for other young filmmakers? Do you think it’s possible to have stories like Phillip’s become more common and accepted in the film world?

I: This time we live in is the technological revolution we all knew was going to come and with it the ability for young people to go about dealing with this art form at an earlier age. More prodigies are possible. You know, every year I have students state their goals. I have them put it in an envelope and turn it in. In Phillip’s, he literally said “I want to be a great filmmaker. I want to be great.” As a teacher I realized that that is the other element that you have to have. There’s the access bit, but there’s also the desire to be great. Then my job is to figure out what greatness means to that student.

When you watch Burning Cane, you’re seeing his voice. He had to find it, work for it, be brave enough to speak it and film it and cut it and share it. That level of bravery — you have to be young to have it. And then the work ethic, energy, all of those kinds of things are rare to find, but they are not age specific.

Mastering the craft around this age, around 19, and really understanding how your instrument works, really having an understanding of the tools, really taking your voice seriously, trying to be great — it’s possible. You don’t have to wait for that. There’s not an age limit for that.

Burning Cane is available to watch on Netflix.