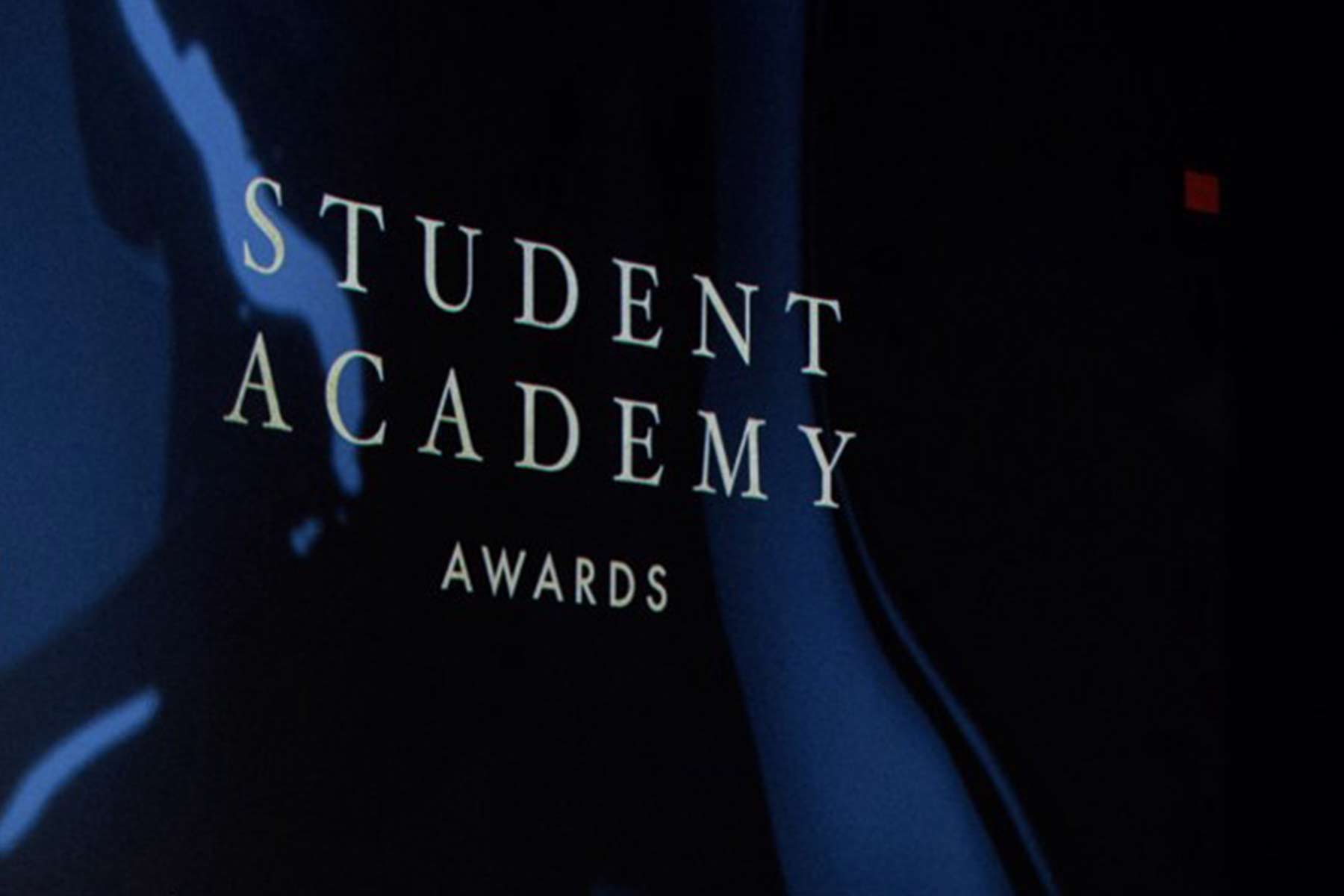 You already know about the Academy Awards. The glitz and glamour. The stars. The spectacle. But did you know that there’s a similar event and awards show for filmmakers who are still in film school? The very same Academy of Motion Picture Arts and Sciences that gives out those iconic statues every year also bestow honors to film students around the world. This year’s 16 winners (out of 1,616 entries) will be added to quite a prestigious list of past recipients (Spike Lee, Cary Fukunaga, Pete Docter and more). Their films will also be eligible for the upcoming Oscars short film categories.

Some quick takeaways from this year’s selections?

We feature all of the winners here and tell you more about these incredible talents.

Georden comes from the world of media and installation art but is proving the crossover potential that their work has into alternative/experimental territory. “Patron Saint” features involving shapes, patterns and colors and has an incredibly high production value — but this isn’t Georden’s first stellar short. “Patron Saint” comes from a long line of impressive work from their entire team, including signature heightened color palettes, intricate costuming and evocative references to mythological storytelling. After just getting their Masters from Emerson College, the college has brought Georden on as faculty. This clearly shows the confidence that program has in this exciting filmmaker’s future. We hope that this award gives “Patron Saint” more screenings in major film festivals.

This wordless 3D animated short took Vimeo by storm (over 50K views) before getting to this most recent nomination. This may be one of the most technically impressive animated shorts to ever be featured in the Student Academy Award lineup. Aviv and his team put together an incredibly well-realized short that could stand up to just about anything from Pixar. Even the story, with an arcade toy that learns not to judge someone based on gender stereotypes, feels like it came from the leaders in animation. Of course, this comparison makes sense when you realize that Aviv spent the summer of 2017 interning for Pixar. Between that and his education at Ringling, he is sure to find a nice, long career in animation — short or feature. 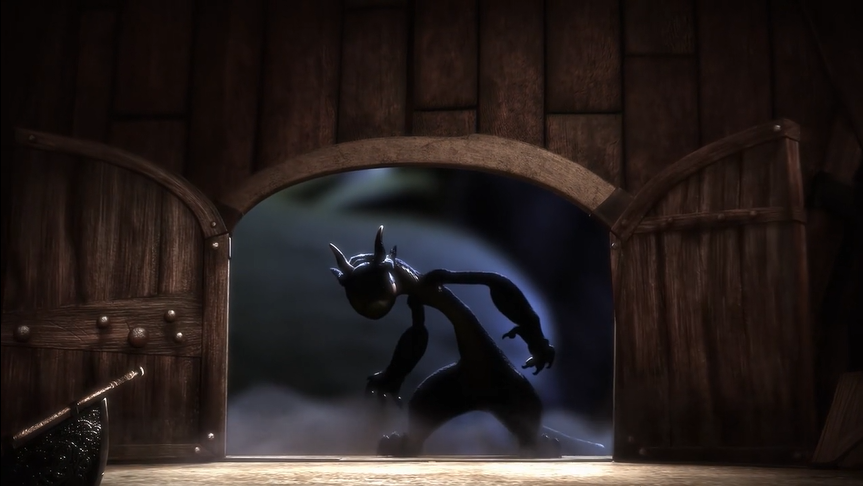 Brigham Young University has been called the “pipeline to Pixar” and there’s good reason for it. Between their talented animators, their dedicated faculty and their industry-leading mentorship programs, really just about every graduate deserves to be on this list. But Kale McCollaum’s audacious re-telling of the Beowulf myth proved most captivating and visually arresting. It’s clear that so much love and hard work has been put into this 8-minute animated short. This isn’t just an astounding visual feat. McCollaum’s sense of camera movement, composition, comic timing and even sound effects brings this world to life in a way usually only seen in Hollywood productions. You can watch the short in its entirety now. 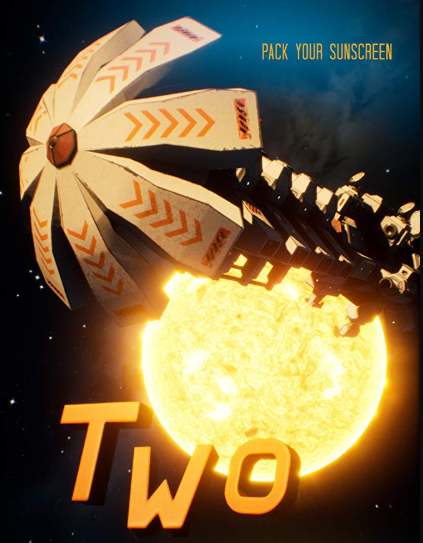 Interplanetary exploration, whether rooted in scientific reality or not, is hard to recreate. That’s especially the case when it’s an animated short. However, Emre, with fellow USC film student Nick Lane, have realized a story about an unmanned research ship that was enough to wow the selection committee. This is an interesting project indeed, as the director is a working cinematographer. One of his greatest passions, as noted in this interview, is virtual cinematography and the blending of virtual and real captured worlds and environments. Emre looks to be a trailblazer in the area of performance capture, going beyond even what films like the recent Lion King are accomplishing.

We’ve already previewed this film before in our coverage of Annecy Intl. winners. In particular, we noted the unique use of cinematography to heighten the tension and anxiety of this stop-animation short. Daria is truly innovating this particular medium with the stylistic change, bringing a new level of realism and subjectivity to the camera’s eye. Technically exact but highly personalized storytelling seems to keep coming out of Prague’s Film and TV school — and we can’t wait to see where “Daughter” is celebrated next.

Eva Rendle — “All That Remains” (University of California, Berkeley)

Eva is actually a Student Academy Award recipient who is a film-journalism hybrid major — a perfect combination for documentary film. She graduated from UC Berkeley’s Journalism school, and she brought these skills to a documentary about second responders and vineyard workers who are still dealing with the aftermath of the 2017 North Bay Fires. Eva herself has become quite an authority on such issues as agriculture, immigration and environmental issues in the West, lending further credibility to “All That Remains.” But, of course, it has to come down to the filmmaking — and she delivers there too. Having received a National Geographic grant in 2015, she received plenty of documentary filmmaking experience throughout the Mediterranean (and working under the PBS banner).

Weaving together contemporary reflections on black male identity with historical icons who empowered the same (James Baldwin, Martin Luther King Jr.), this short documentary is taking on ambitious territory. While much of her work takes place in the Philadelphia area from which she was born and raised, this documentary took her to Ghana, allowing her a larger expanse in concept as well as location. It’s already played in several cities, including DC and San Francisco.

Abby Lieberman and Joshua Lucas — “Something to Say” (Columbia University) 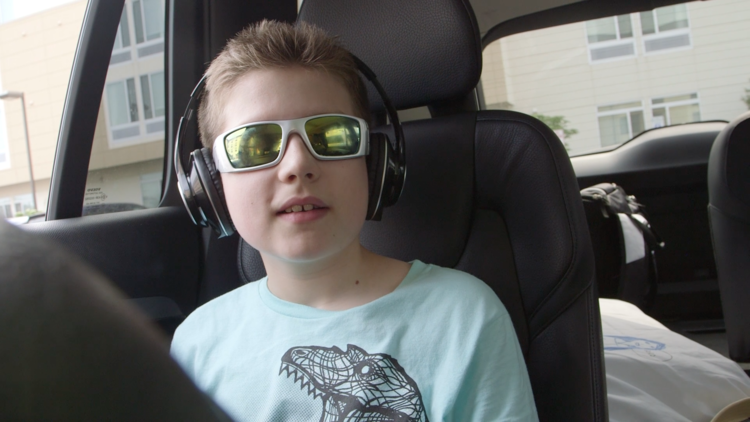 Bryan Charles Kimes has a lot to say, but the power of language escapes him. Lost in a public-school system that does not suit his needs, his parents fight to help him find his voice.

That’s the tagline for this poignant and personal documentary. By getting the perspective of the child-subject and his immediate family, the audience is placed right in the middle of it all, facing all the same emotional ups and downs. Columbia documentary students are always excellent, and these two filmmakers are no exception. They also prove the rule that more experience can make for better filmmaking. Before going to Columbia, Abby was at Fox Sports, while Josh was a US Marine who also produced independent projects. 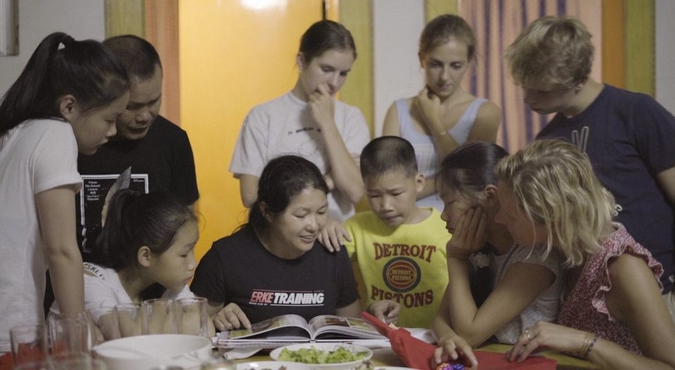 This affecting short just picked up a 2019 BAFTA Student Film Award before receiving the Student Academy Awward. Yifan Sun is part of the cutting-edge program at The Polish National Film, Television and Theatre School in Lodz. Yifan also has quite an extensive filmography too, so hopefully the exposure for “Family” can bring more of these films to wider release in the United States. 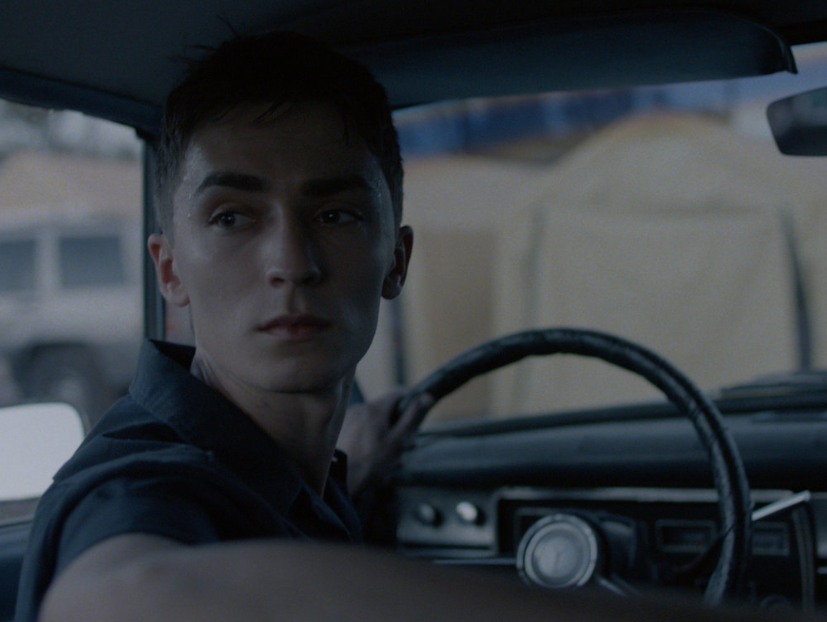 This high-profile director is really striking festival gold with “Miller & Son.” The story of a transwoman mechanic has placed at Cannes Lion and Clermont-Ferrand (along with over a dozen other festivals) before getting the Student Academy Award. “Miller & Son” combines a premise fraught with tension and pathos with truly confident direction and a real eye for human drama. Between this and “Satellite” (Asher’s previous short), this filmmaker is sure to go from the AFI program to some new, exciting and ever-personal projects.

You can learn more about Hao Zheng and his ability to jump from genre to genre in our AFI Student Showcase Preview. For “The Chef” itself, we love the high-concept premise blended in with the sensibilities of an art film. The film not only satisfies its audience on an aesthetic level but creates intriguing questions about artificial intelligence and human relations along the way.

Born and raised in Tel Aviv, Omer came to the AFI Conservatory only after serving as a film director in the military. He brings this, plus his childhood memories of spending time between Israel and Texas, to his rather expansive filmography. With this latest tale of a little boy in a school play, he seems to have captured audiences throughout many festivals, including HollyShorts and Palm Springs.

This zippy, stylistic trailer shows just what got the selection committee to fall head over heels for this film. It’s already received several selections at other film festivals. Like other great indie filmmakers before him, Zoel does well here by capturing a variety of perspectives and playing them against each other for a short film that feels ambitious but not over-reaching.

This probing encounter of a relationship in crisis (and a particular member in an existential crisis) comes from a director who is quickly making a name for herself. Starting in theater and literature during her Bachelor’s, she translates a rich and layered scenario into film form. For this graduation film, she was nominated for the Next Generation Award at the Norweigen Film Festival. This is a new generational talent to watch.

Our friends at Director’s Notes said it perfectly when they called “November 1st” “a winter American road movie during a sweltering UK summer.” Mantno continues exploring tense family encounters and making the characters (and us) face uncomfortable truths. With eight short films already in the books, Charlie is one of the more prolific short filmmakers on this list. Yet he demands great quality from each one. With cinematography, music video and commercial work beside, we expect him to be one of the busiest filmmakers coming out of school — and we wouldn’t be surprised to see “November 1st” in the short film Oscar race this year.