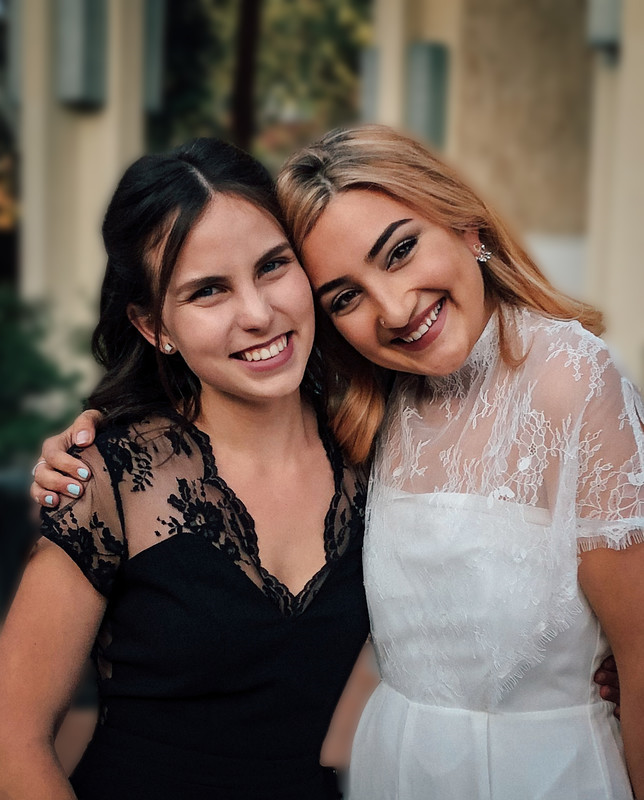 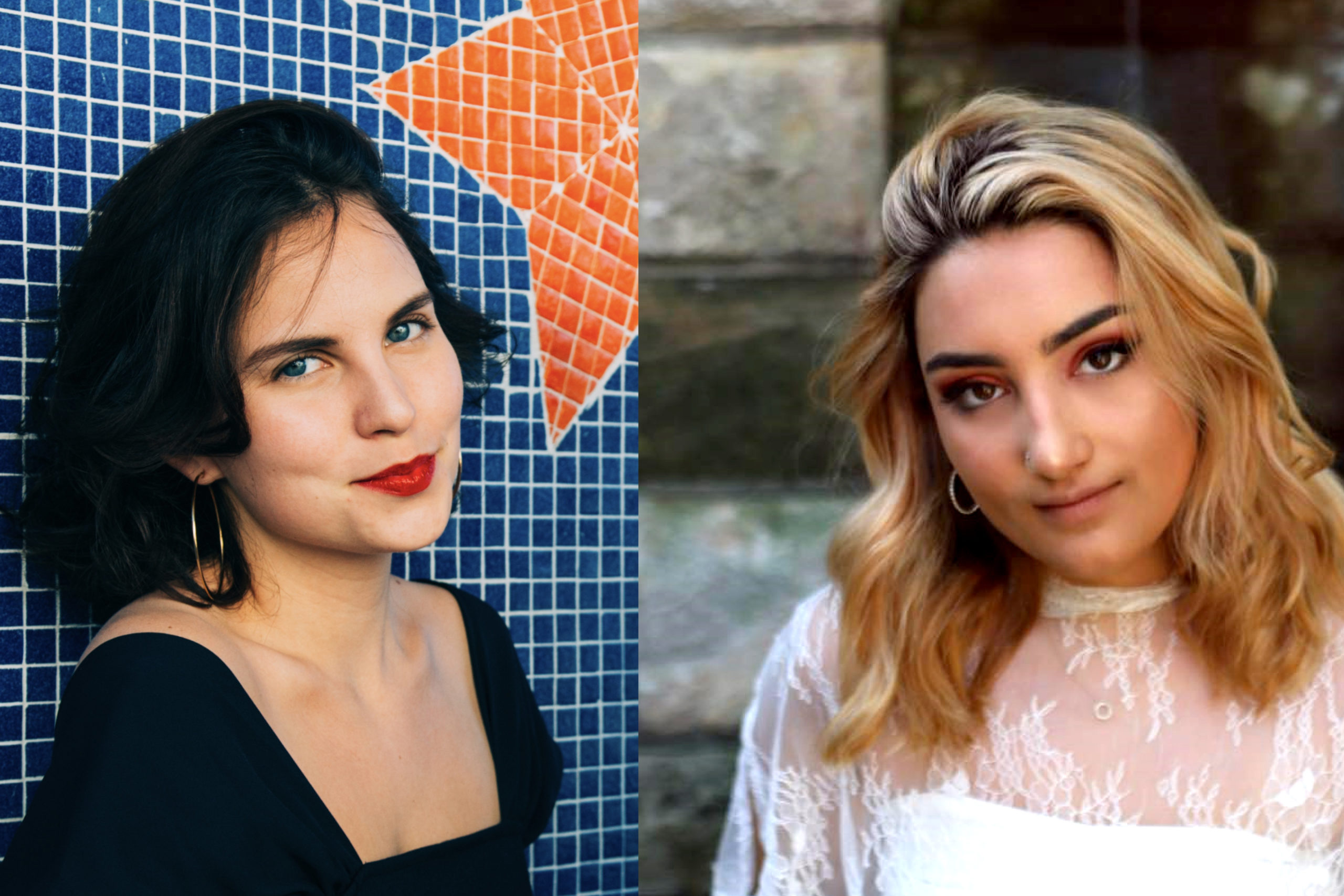 Annalise and Zoe each bring a unique perspective to their time at USC’s film school. Zoe grew up in Washington D.C., where she started making documentaries out of a love for the artistic communities that existed there (including places like the Smithsonian). While at USC, Zoe studied multimedia literacy in the film school’s Media Arts and Practice program, ultimately focusing on documentary filmmaking.

Annalise started in nature and wildlife photography, but quickly became interested in using video to capture the world around her. Originally intending to pursue science, Annalise applied to USC’s School of Cinematic Arts anyway – and got in! Even though she’s all in on filmmaking, she didn’t leave her range of interests behind her (she double majored in anthropology).

Together, these two made up the only undergraduate co-directing duo to helm one of the three projects selected by their Advanced Documentary Production course. They had pitched the story of Roslyn Spence – a Le Cordon Bleu chef whose own mother was a self-taught cook for Hollywood celebrities. – as the film’s subject. From there, the kernel of a story for “God Bless The Cook” was created.

Annalise and Zoe talk to Miniflix about finding the story within the story, working together and their hopes for this film going forward.

Miniflix Interviewer: How did you both learn about Roslyn and her story, as well as her mother’s story?

Zoe Malhotra: I had originally started developing a documentary about women in the culinary world, and started out interviewing local LA female chefs. I went to the culinary school that Roslyn teaches at [Los Angeles Trade Technical College], and every student praised her as a teacher, pushing me to interview her. Once I did, I noticed Roslyn kept talking about her mother throughout the whole interview, highlighting her influence on Roslyn’s culinary passion, and just how fascinating of a character her mother was too. So I asked if I could interview her, which made sense because she was a fellow Los Angeles female chef.

As soon as I interviewed Edith, I realized that this large project about female chefs in LA should actually be about these two and their relationship. It only took one interview with each of them to realize just how compelling of characters they were. They definitely deserved their own film.

Annalise Pasztor: When I first saw Zoe screen some of the test footage she had done with Edith and Roslyn, particularly of them together, I felt like I could spend days with them just listening to their stories.

Miniflix: Did you always know the story would come more from Roslyn’s perspective? Did you ever consider going back and focusing even more screen time on Edith’s past as a cook for Hollywood celebrities?

Zoe: We knew that we wanted to tell a story that really involved both Edith and Roslyn, but definitely considered exploring whether it should be more about Edith and her story. We ultimately realized that, while we still wanted to pay tribute to Edith’s incredible past, this needed to be a contemporary story. Whenever we talked to Roslyn, she would speak so much about this relationship and about how her mother influenced her cooking.

So I think that some of the larger themes I was originally exploring about women in the restaurant industry were actually embodied a lot by Roslyn’s story, where we see how much of her cooking is influenced by her mother. We wanted to bring that dynamic back into the story and focus on their relationship.

Annalise: I think that the core of the movie is their shared passion and how that trickles down into so many challenges but also really beautiful moments in their relationship. We really wanted to chart that course with this project. 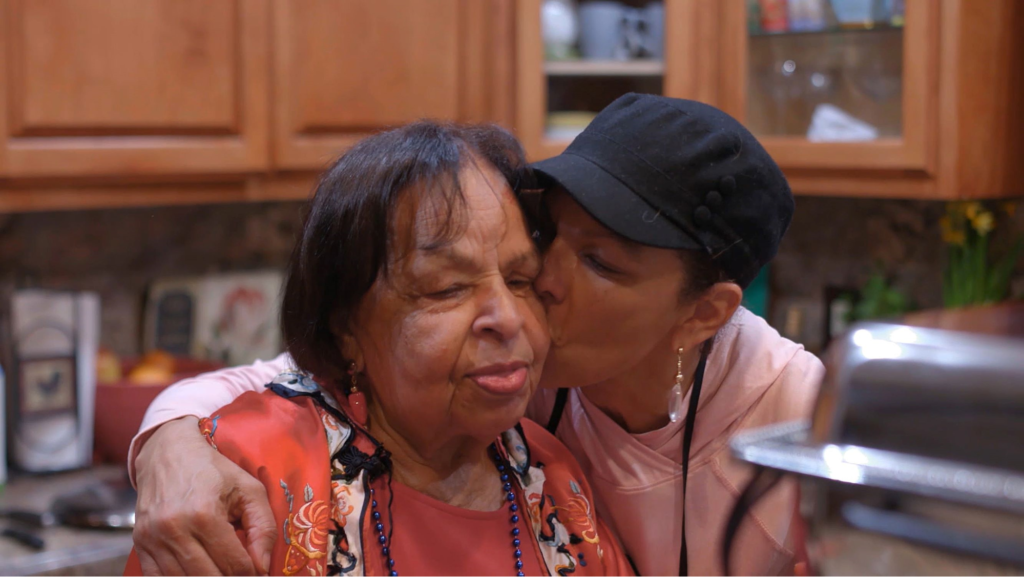 Miniflix: What is your working dynamic as co-directors? Especially for a documentary – do you each take on specific roles? What is editing like?

Annalise: It was actually really surprising to me how much we were on the same page. We had done so much work developing together and went into it with so much respect for Edith and Roslyn and their stories. Even if we maybe disagreed about small things that should be in the cut, we were really sort of melded into one for a while. We spent so much time together, which helped put us on the same wavelength.

Zoe: But I think the main thing was that Annalise and I always took the time to make sure that we saw everything through first… Annalise and I spent a whole semester together just talking about everything. Whenever we came up with an outline for how we thought the film should ultimately play out, it would turn into a weekend-long discussion between the two of us. We’d stay up all night storyboarding and having good conversations. So if we ever did have some kind of disagreement about a directing choice, there was usually a lot of discussion that then helped us reach a solution.

This isn’t just for a school project, but when you collaborate, that’s always the best way to do things. You have to understand each other and understand everyone else and the place they’re coming from. And you have to take the time to get to that point  of understanding in order to move forward.

Miniflix: What was it like filming Roslyn’s cooking classes? Was it easy to tell early on whether a particular moment would make it in the film, or was that not a concern during the shooting days?

Annalise: The cooking class with Roslyn was actually one of our last shoots, so we had a really good sense of what we wanted and what themes would emerge to really round out the rest of the film. It’s interesting that you bring this one up because that’s a scene where we only sent our DP [Kat Boyd-Batstone] in. Zoe and I actually stayed entirely out of the room. We realized that we were getting in the way and we wanted to let things play out more naturally. Our DP is incredible and had a really intuitive sense and knew what we were looking for and what she needed to be following.

That was truly one of those moments where everything came together and just felt very special. We knew, in immediately reviewing the footage, what was going to be strong and what the emotional crux was – specifically when Roslyn brings up Edith and talks about how important her mom’s approval is to her. It really clinched the themes of everything we’d been talking through, even though the moment was totally impromptu. Roslyn really just does talk about her mom a lot. 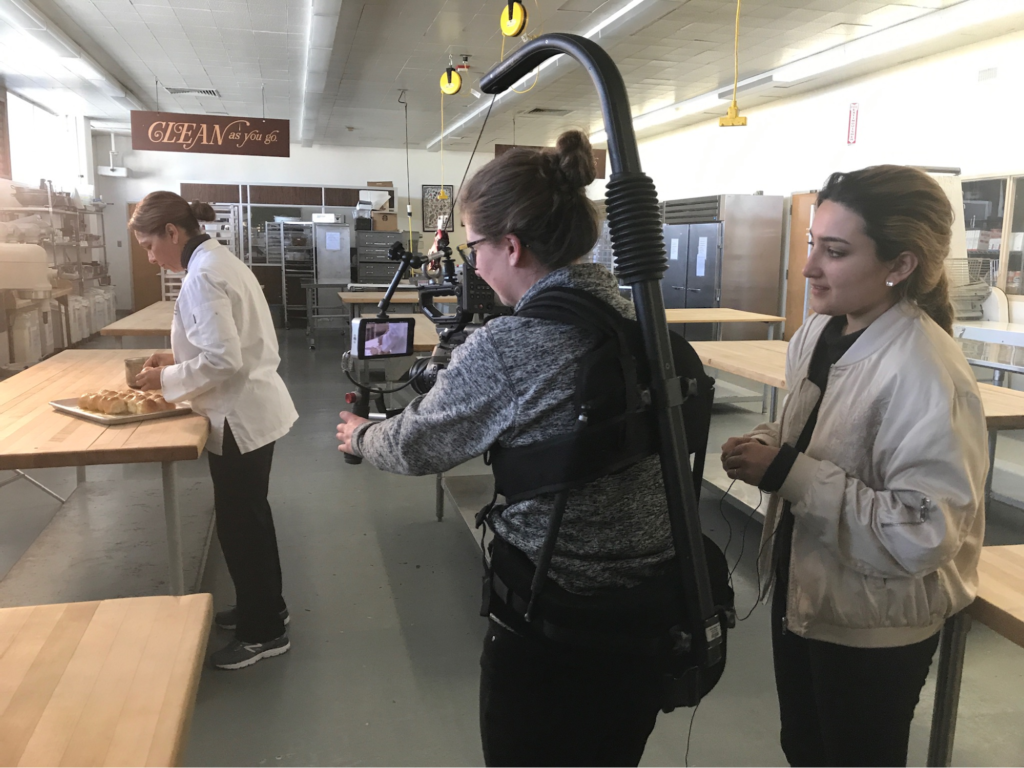 Miniflix: What is one way that this film stretched you or taught you something new about filmmaking?

Zoe: style=”font-weight: 400;”>For me, one of the most important things I learned was how much you should prioritize and value your relationship with the subject. That’s because they are driving the story. I consider Roslyn to be my friend, same for Annalise. So it was great for both of us to be able to call her up if we ever had questions about something or to check in and just talk.

None of it had to feel like we were just some crew of students – instead, we were really able to become part of this family. If we hadn’t gone through that development process, I think it would have been much more difficult to capture those beautiful and vulnerable moments that Edith and Rosyln were sharing with us.

In any documentary I make moving forward, no matter how long or short, I will always know it’s so important to have some kind of relationship with the people you’re filming.


Annalise: For me, it’s also the importance of surrounding yourself with a crew that you trust and is really on it. It makes such a difference being able to step out of that room. It’s rewarding to have so many talented minds all striving towards the same goal but also challenging you to perhaps take different ways to get there. I really miss that when I’m working on things by myself now.


Miniflix: What are your hopes for this film post-First Look and post-USC?

Annalise: We were lucky to play at a couple of festivals pre-global pandemic, which was really wonderful and rewarding, especially to dress up and get Roslyn and Edith out to celebrate the film in that way. Right now, we’re ultimately looking for a final resting place for the film. We’re hoping for something online where we can put it up and have it much more publicly available.

Zoe: I think right now people are looking for stories to escape to and that have a somewhat positive and lighthearted feeling about them. So I do have hopes that this film, once we’re able to make it widely available, will touch people where they are in their current state.