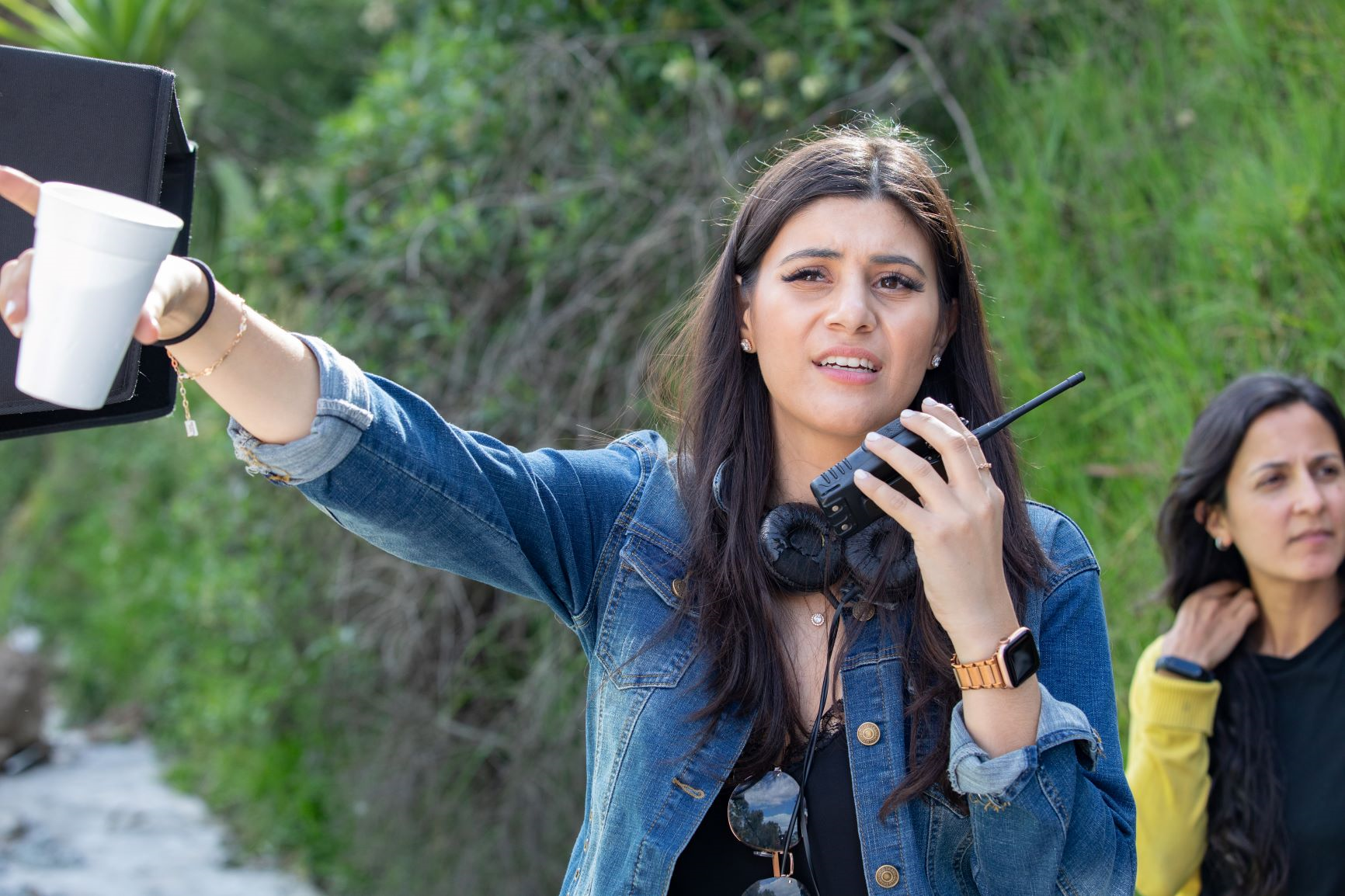 Tiffany’s journey to filmmaking, and to USC film school, started as a child. She knew from a young age that she wanted to tell stories with a message. It started with anti-bullying stories, directly addressing the middle school bullying that so often got brushed under the rug by school administrators. Her writing led to monologues and eventually becoming a published playwright. From the minute she sold her first play, she knew that writing and directing film was her next goal.

This took her from Columbia University to USC, where she has just premiered her thesis film, “Welcome Back.” This ambitious short (shot on location in Ecuador) follows a mother and daughter as they are deported from the United States and sent back to Venezuela, one of the most dangerous countries in the world.

Tiffany talks with Miniflix about getting “Welcome Back” made, addressing current events in Venezuela to an American audience and bringing your personal life into your creative work.

Miniflix: What’s one thing about film school that’s taught you the most?

Tiffany: Collaboration. I don’t know if my experience would have been the same if I wasn’t surrounded by such incredible people….and it made me a better filmmaker, because I was surrounded by incredible storytellers and writers and producers. USC really does a great job at choosing incredible artists. They also do a very good job at diversifying their programs. I think most classes were almost 50/50 men and women. I could look around the classroom and everyone came from different backgrounds, countries and ethnicities. I am half Latina and half Greek and grew up mainly speaking Spanish, so I always felt like I didn’t fit in 100% wherever I went. Since USC was really such a melting pot, I really did feel that everyone both stood out and blended in at the same time.

Miniflix: What about the story of “Welcome Back” and the experience behind the story made you know that you wanted this to be your thesis project?

Tiffany: I have always wanted to tell a story about Venezuela and what is going on there. My whole family is there and I felt this utter helplessness and frustration with the fact that I couldn’t do anything to help them.

So with that in mind, I wanted to make a story that not only showed people what was going on there, but gave them the ability to understand and be at least a little more sympathetic to the immigrant experience and what sending people back really means. Originally, I was not intending to tell this as my thesis project, as I was – not going to lie – very scared of how I was going to do it. It was such a massive project to film this abroad.

It was only because of USC, my mentors, and the students I met there, that I really felt comfortable going forward with this leap of faith project.

Miniflix: Can you talk a little bit about that process of getting the film funded and being able to film on location? Like you said, it is a pretty ambitious thesis project.

Tiffany: I would be lying if I said I would have been able to do it without my producer Roy Arwas. From the second I said let’s do it abroad, he was like, “okay, here is the plan”.

Not only did he find us the producers and all the people we had over there to make it happen, but within a month we were already location scouting in Ecuador, where we shot it. My second producer, Karly Perez-Arevalo, was also incredibly instrumental in every aspect of the process, and we honestly wouldn’t have been able to manage, organize or realize this project without her.

The fundraising process was pretty interesting because there was a lot of money that needed to be raised. A majority of it we did the traditional route – created a website, and made a video. We were able to raise a lot of funds from that, but also family members helped raise money.

In terms of making it happen there, we had an Ecuadorian crew and an American crew, which, ironically, was not all American in the sense that we were all so internationally diverse. I think there were 10 of us that flew to Ecuador and then those 10 people were also here when we shot in the United States.

We had to fly our lead actress, the little girl in my movie, and her mom to the U.S. to film for 2 days after we finished in Ecuador. We had so many obstacles that arise from filming in a foreign country naturally, and had to adapt to work culture differences. 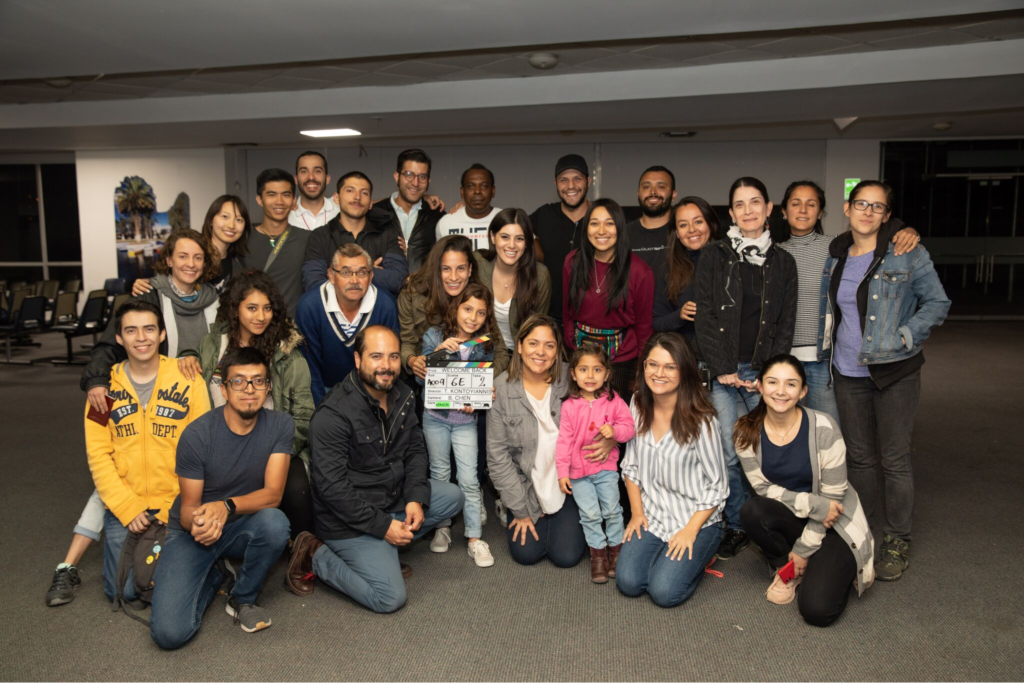 The cast and crew of “Welcome Back”

Miniflix: You do a great job of establishing the stakes from the very opening seconds. I could see a longer version where you set up even more of the background. Was it hard to make cuts for this script or did you always know what you didn’t want to be in there?

Tiffany: There are very few things that got cut from the script, luckily. When I write, I try to edit it in my mind, because I get attached to things. I am more critical in my writing than when I am in the editing room. Of course, I will cut things when I am in the editing room, but I tend to like to write things that I know for a fact actually have to be there. I think there was only one scene I had written that was in debate of whether it should stay or not. We tested it out on audiences and it ended up staying in because it worked. Other than that, I would say that 97% of the film that I wrote is on screen. That was a lucky thing because it doesn’t always work out that way.

Miniflix: I feel like a lot of times with film school or thesis projects you have all these ideas that you think you will be able to tell in a 20 minute story, but then later realize that much of it has to be cut down. So it is always interesting to see what filmmakers do to economize their story.

Tiffany: That was definitely hard, because I feel like not a lot of people know what is going on in Venezuela. I had to explain a lot, but I also couldn’t show everything. I had to pick and choose what was really important for people to know. That was the hardest part in the writing process, because of course to me every little thing that is going on there bothers me. Ironically things change so quickly, like with the supermarket scene where you see the empty shelves. We did a private screening recently and people were laughing because now that is how U.S. supermarkets look. 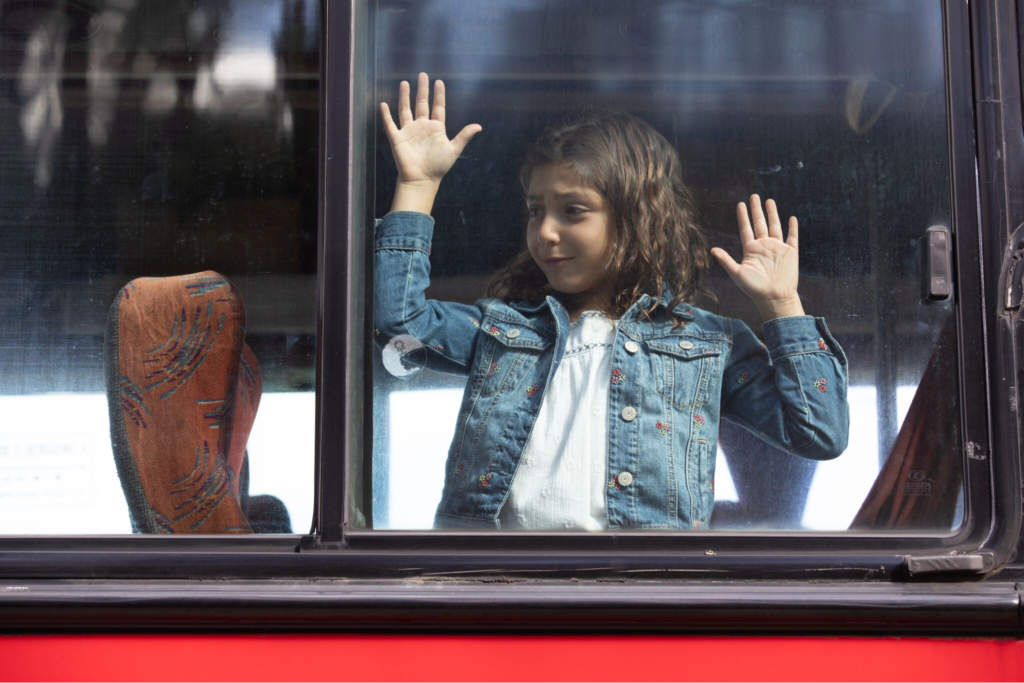 Miniflix: I really liked the scene in the supermarket. Was that based off of a real life situation? I think it really captures the simple things that are lost in leaving a place like the United States that usually gets lost on people living in privileged countries.

Tiffany: Yeah a lot of it is very personal.  I luckily was born in the States and I never had to deal with anything like that. However, I grew up in a time where my parents lost everything because my mom had breast cancer when she was pregnant with me. During those difficult times, the most beautiful thing they did for me was give me the ability to still see life in a beautiful way.

They really tried to make scary or hard situations not seem so scary. They would make light of it or try to make games of it when things weren’t the best. So that scene was really pulled from my mother and father, both being immigrants and from what they did, which I think was also their coping mechanism until they ultimately became successful.

Miniflix: What are your hopes for this film post-First Look Festival or post-USC? How are you hoping to use this distribution-wise but also for your own filmmaking career?

Tiffany: We have played at 6 or 7 festivals. We were nominated for a student Emmy as well. I am hoping to keep going with the festival circuit. My biggest goal for this film is to utilize it as a discussion topic for a really important issue and as a way to network with other filmmakers. I’d like this film to be a stepping stone in the careers of everyone who worked on it with me. So we both want to make a change while also having the opportunity to showcase our artistic capabilities as filmmakers.