Pushing The Boundaries Of Animation: A Miniflix Interview WIth Daria Kashcheeva 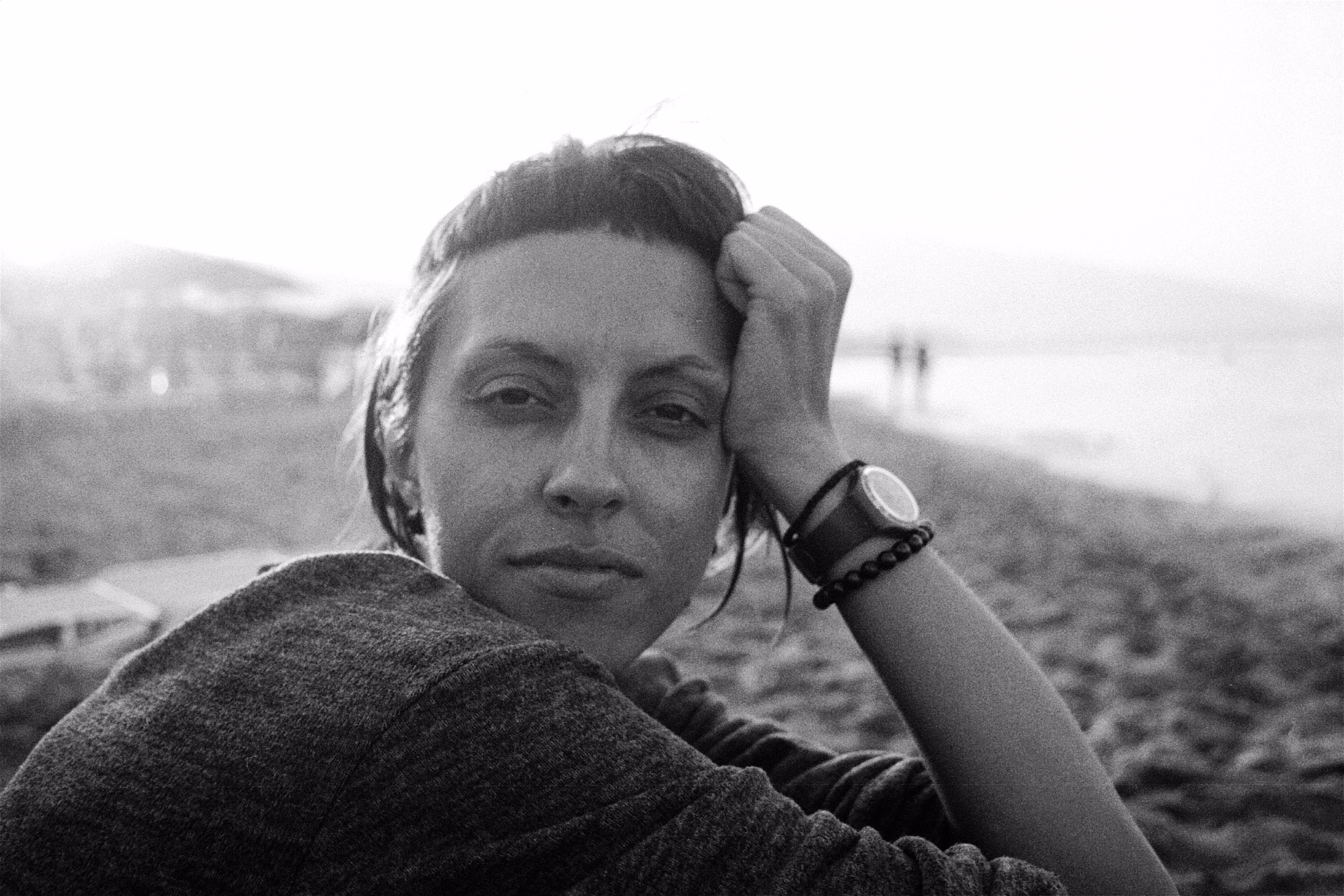 Pushing The Boundaries Of Animation: A Miniflix Interview WIth Daria Kashcheeva

You wouldn’t know it from the masterfully-created stop motion short “Daughter”, but Daria Kashcheeva hasn’t always been an animator. In fact, she only started five years ago, after realizing that sound design (her original profession) wasn’t creative enough work for her. After applying to the Film and Television School of the Academy of Performing Arts in Prague (FAMU) for the second time (and finally getting in), she hit the ground running, experimenting with different forms of animation while always grounding her projects in the personal.

Then came time for her thesis project. Inspired by the Dogme 95 movement, Daria found a way to blend a handheld closeup aesthetic with a fully animated artform,. The result is the Oscar-nominated “Daughter”. Daria talks to Miniflix about how she made this short come to life and what it was like to see a college thesis film end up at the biggest awards night in the United States.

Miniflix Interviewer: Do you tend to start your projects with a theme, story or idea – or do you start with the type of animation and visual look you’d like to use?

Daria Kashcheeva: The first few projects were all school exercises… But when it comes to style, I knew that in my next project I wanted to develop something new. I needed a challenge for myself, so that it would not feel boring. So I think that’s the most important thing for me. Just trying to look for something new in the work.

Miniflix: What was the inspiration behind the handheld camera aesthetic to a stop motion animated form?

Daria: I’d never seen any handheld camerawork in stop-motion films before. The idea came when I was actually watching a rather boring live-action film. But the camerawork was really nice, really great. It was hand-held, with very beautiful closeups. That was in my head when I started to work on the script [for “Daughter”], so I thought that I might be able to create that kind of camerawork in my next film.

I became very inspired by this idea and wrote down everything I was thinking about. When I was thinking of influences, I was thinking of the Dardenne brothers or Dogme 95 filmmakers like Lars von Trier. I started watching films like these again and again. Initially, when I tried to find out how the hand-held camera would work, I studied Breaking The Waves. I actually studied it frame by frame, trying to understand how it works.

In my tests for this film, I copied movements from that film. I’d make notes in the script about how it worked. I wasn’t sure if it would work, but I made tests and a teaser and presented the teaser in the Czech Republic at the CEE Animation Forum. Professionals gave me great advice and they told me that it worked really well for the story. That inspired me to make more. 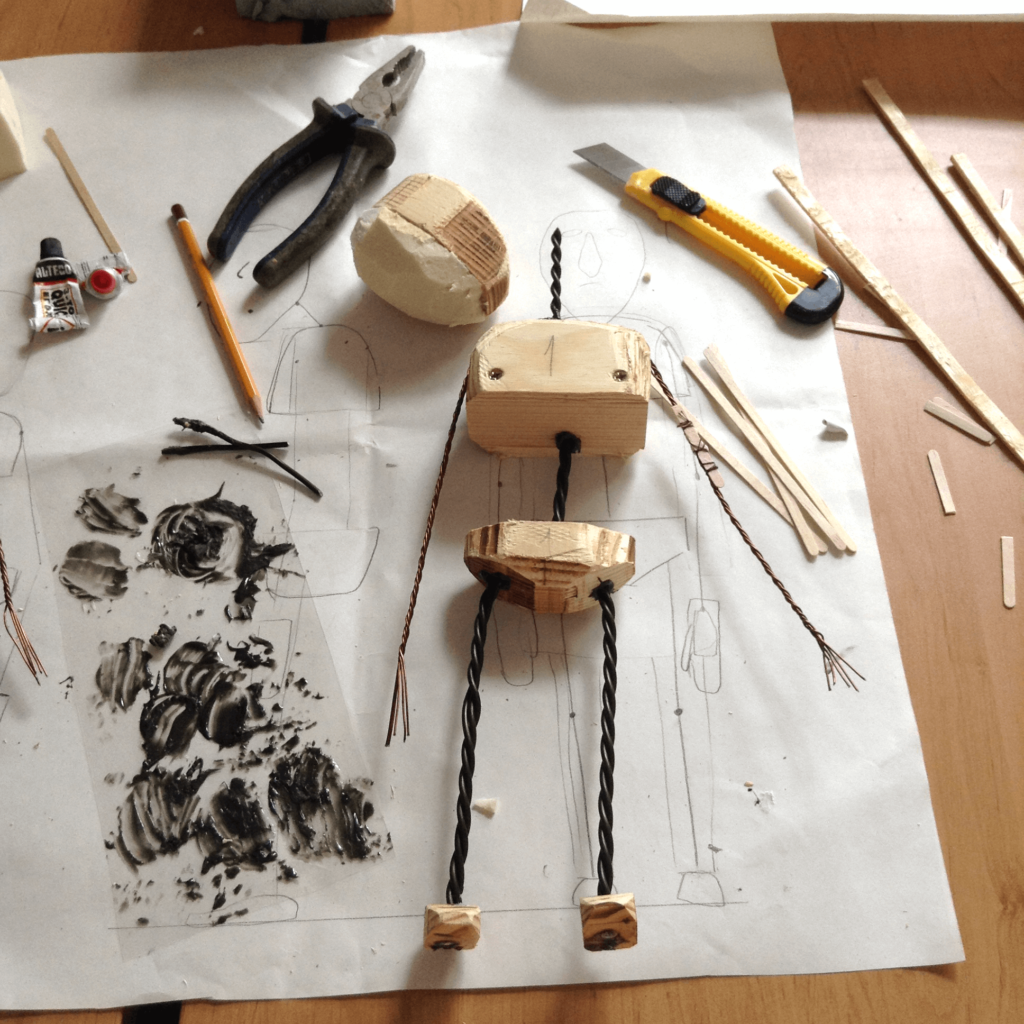 Still taken during Daria’s animation phase. This is the body for one of the stop-motion puppet characters

Miniflix: How much of the creation of this film was practical vs computer generated or enhanced?

Daria: I tried to make everything that I could in front of the camera. In the edit, we of course had some color grading. I also edited in a blur to create this blurred movement, because with stop-motion, each frame is incredibly sharp, almost too sharp for the eye. I also did a little bit of stabilizing certain camera movements, but only a little bit. Post production was quite fast. My husband [Alexander Kashcheev] is an editor, so we worked as a team on this. He was editing while I was animating. It worked out great, because we’d know if we had all the shots we needed before I was done with a scene. Post production was only about two months.

Miniflix: And how long did it take to shoot everything?

Daria: Animation took four months. Very painstaking. I animated the characters and sets all by myself only, because I didn’t know in the beginning whether I’d understand the camera. I couldn’t yet tell someone else to do this or that with the camera. The principal production lasted a year and a half.

Miniflix: What inspired the story behind this film?

Daria: When I was writing the script, I was really interested in this topic of childhood and how relationships work between children and their parents. I was interested in how adults could influence us. I was looking for answers for myself too, about my past and my childhood. So I started trying to remember specific moments of my childhood and bringing that to the work. I mean, I never actually brought a dead bird home or anything like that, but I used it for metaphor.

For me that was more about remembering moments when we needed more attention from our parents and we were offended by their not paying attention. I thought that this feeling might be quite common.

Still from the 2020 Oscar-nominated short “Daughter”

Miniflix: Did you always plan to have little to no dialogue and to rely primarily on gestures and other visual cues? Was there ever a version of the script with more dialogue?

Daria: I never could really imagine how I’d get paper mache puppets to speak. Also, because of the topic of the film, I realized that sometimes we have misunderstandings when we feel like we can’t talk with each other. You know, if something has happened and we feel like we can’t talk about it honestly…that’s why I was cautious about making sure these characters did not talk.

Miniflix: Can you talk about how you got a bachelor’s thesis project to become a festival hit around the world?

Daria: It actually started by playing at the festival in our school. During production, we were actually working against a deadline for submitting to Annecy [International Animation Film Festival]. The school actually submitted it to Annecy when it was done and we waited to hear back. Of course, it was a dream to be at Annecy. After that, we were getting contacted by a lot of festivals. So I had help from my school and also did some submissions by myself, and now that we’ve actually made distribution, I’m really happy that they will work to make this seen by more people around the world.

Learn more more about Daria and see past work here.

See Daria at the Oscars on Sunday, February 9th on ABC.