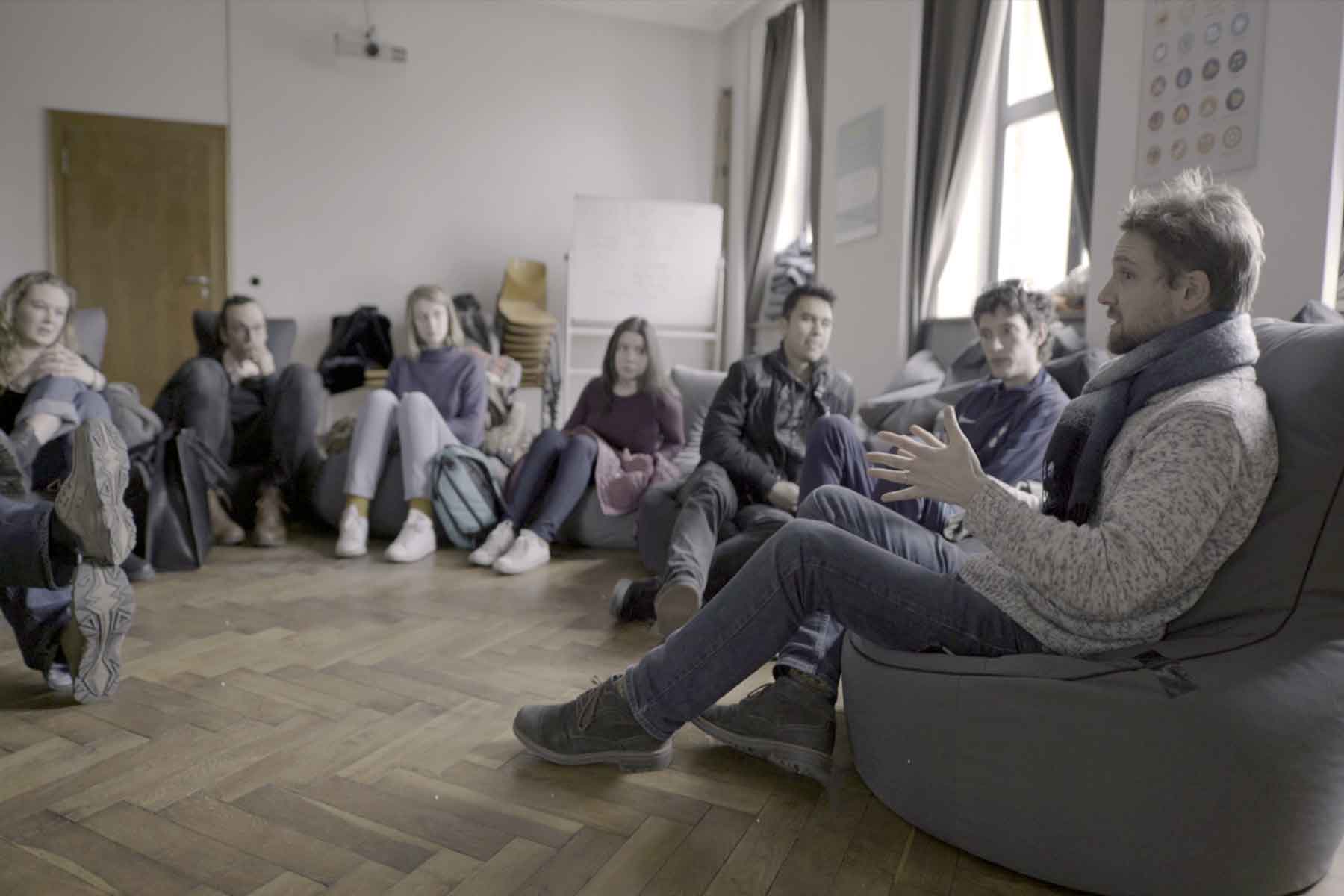 Mal Rempen left his undergraduate years at Chapman University feeling like he was on top of the world. His senior thesis, La Niña del Desierto, was making a serious festival run. However, when the momentum didn’t hold, Rempen realized he still had much to learn about the business of filmmaking and about honing the craft. Thanks to his years in Europe (he’s originally from New Mexico) and his fateful appointment with the dBs Film Berlin production program, Mal has been able to improve his storytelling abilities while helping dozens of new students become great, creative filmmakers in their own right.

In this interview, Mal talks with us about making films as a kid, the importance of limitations and why more film directors should learn marketing.

Miniflix Interviewer: How did you discover the film medium and when did you know you wanted to be a filmmaker?

Mal Rempen: I knew I wanted to be a filmmaker when I was ten years old and saw Star Wars, like almost everyone else in the industry. I started making films immediately after that point with action figures. Then when I was in high school….I tried doing some live action stuff. My friends and I were like 15 at that point and we thought we could do better than what was being made in the cinema. So we got a crappy camera and we started getting involved in the local film scene. I’m from Albuquerque, New Mexico, so it’s kind of a small film scene and it was pretty easy for us to get involved in it.

We ended up making a film that won a Best Film award at UNM [the University of New Mexico] film school. And then they were like, ‘wait, you guys aren’t college students?’ So for me, that was major encouragement to go forward.

Miniflix: Can you talk about your time at Chapman? How did going to Dodge College help prepare you as a filmmaker? Was there any element of that experience that left something to be desired?

Mal: It was actually the only film school I applied to. Because I did a lot of research and was very picky about it. The reason I only wanted to go to Chapman was that, at the time, no other film school would give you a camera on day one…I felt like I’d already been making films for years and so I just wanted to do that more. That’s how I was going to get better, and my experience of learning was just by doing it. Chapman was the only place doing it that way. It was instrumental for me growing as a filmmaker. You know, I was quite a pushy student, but they fed into that and kept encouraging me.

And I certainly left there very prepared. My senior film did really well and it won festivals all over. So at that time I felt like I’d had it made in terms of my career but that isn’t really how it happened. What they hadn’t taught me was how to get work and make a living. I had to learn those things from scratch. But what they did prepare me for was an entrepreneurial spirit, which is very critical. 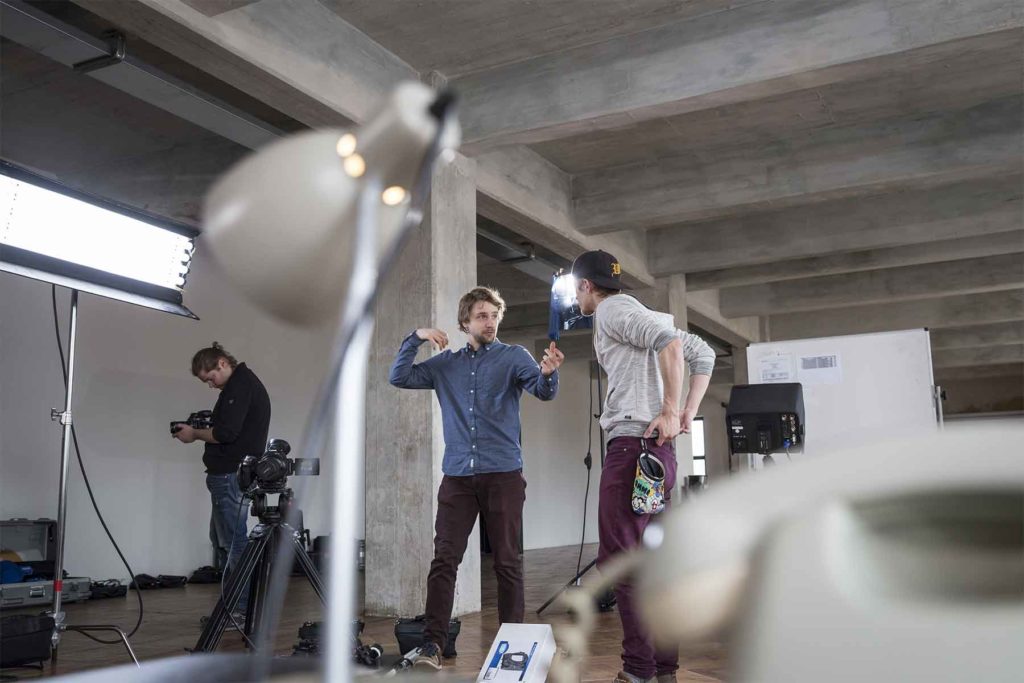 Miniflix: From there, how did you get involved with dBs Film Berlin?

Mal: I’d been already living in Berlin for a few years when I first applied to teach there. They originally hired me as a storytelling and camera tutor. So my first year there was actually the first year of the entire program. dBs is originally a strong music production school. In that first year, I was very vocal about ways in which I thought the film program could continue to grow and change into the future. So after one year, they were like, ‘okay, let’s actually make it your program now so you can help us make it better’. To this day, a major part of what I do here is as program lead for film production.

Miniflix: What sort of changes were you hoping to make to the program?

Mal: This was very inspired by my time at Chapman. In the original program, students were only making five films total, among the entire group. So I just knew that that wasn’t going to result in a robust learning experience. You know, when I was a teenager, I was making one a week. That’s the only way I got to where I was when I was starting college.

So I thought if there’s going to really be a film school that teaches how to make films, they’ve gotta make a whole lot of films. You don’t get good after one. You also won’t be good because you’ve been given a great camera and a lot of money. I think that’s what a lot of people think they need to go to film school to do…

…What I injected into the program was this really intensive turnaround for the program where they are making films constantly. Sure, it’s exhausting. But there are the people who love that. I think it’s good to learn that if you find filmmaking too intense or too difficult, and you find you’re not able to manage that kind of production, then film’s not for you. Because it’s not going to get any easier just because more money is thrown into a production. If anything, it’s going to get more stressful. It’s a good learning experience both for just finding out if filmmaking is right for you and for learning how to put a film together with limited resources under stringent limitations.

Another thing I do with my program is discourage them from making a good film their first year. Because that’s not the point. The point is to start by making complete films. I worry about good films later. I call the briefs they are given impossible briefs because I put extra limitations on their projects, that are already limited in time and resources. I also give them challenges they have to meet…it gets them used to failure, to outputting and getting feedback and going out and doing it again and again and again.

I think that’s a really healthy habit to have as a filmmaker and as any kind of creative producer. 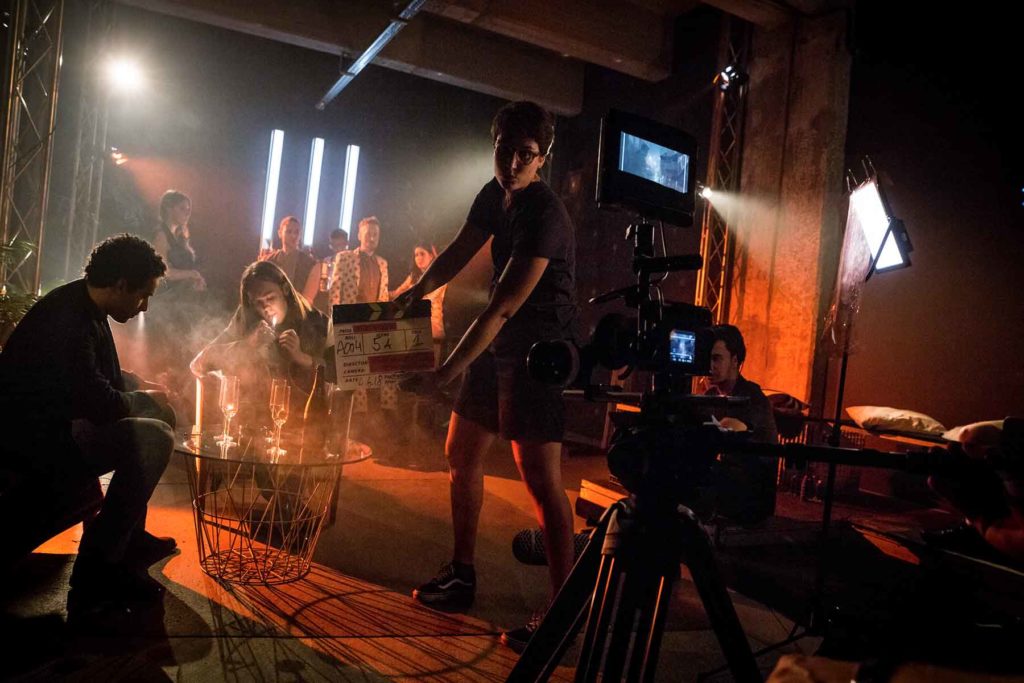 Miniflix: Can you walk me through the entire three year program? The first year is about making films under ‘impossible’ circumstances. Do Years 2 and 3 slow down at all, or change focus?

Mal: So the program can actually be taken as three years or as one year. Because of that, the first year does have its own kind of arc. The first year is really about quantity, about production and about feedback. That’s a really important part of it. We have a really structured feedback format that we use to train people to get and give creative feedback.

The second year, we look at quality. We explore what it means to write stories that resonate. Things like craft, cinematography, mise-en-scene, editing, direction. We basically take each of those areas apart and we look at the pieces at a very micro level.

Then the third year is really very focused on how the film is landing, who is going to see it, and also where they want to take it. Third year students provide a proposal for a project they’re going to pursue for that year. It’s almost a Master’s degree level course. It’s very intense and we take it very seriously.

Miniflix: What do you most enjoy about teaching?

Mal: Several years ago, when I was first applying, I was really struggling with storytelling. It was one of the things that I just didn’t feel like I got enough training on. Even though we did have a lot of classes on it, I didn’t end up taking it as seriously as I thought I had. Once I got out of school and started pitching and submitting, I felt like my work was not at a professional level. And I didn’t know why for the longest time.

When I got this job opportunity, I realized that a great way to learn something well was to teach it. That’s why I push to teach storytelling, and still do to this day, because it’s one of the things I’m passionate about. There’s no better way to clarify for yourself what you know and what you don’t know than by having to teach it to a bunch of people.

Miniflix: Where do you see film schools heading in the next 5–10 years? Will they have to change or adapt in significant ways?

Mal: Absolutely. Back when I was working more as a filmmaker than I am now, what’s changed in the last five or seven years is social media. I know that sounds like such a cliche, but nobody knew that this could happen — that you could be your own PR agency and you could gather your own audience. For the filmmakers who are coming into this program, I need to think of a way to teach them how to start building a brand and to start building a presence and growing an audience for their work. That’s where they’re going to be successful in the future.

If I’m trying to equip the largest number of people to be creatively successful in this industry, that’s where we’re headed. It’s not really about getting keys to the kingdom anymore. Rather, it’s about leveraging all of these skills, including marketing and psychology. We need to bake those things much more into the program, so that it’s not just about making stuff but it’s about connecting with people immediately. As soon as you come in, being on the internet, receiving feedback from complete strangers. That way, you’re already building a brand, doing crowdfunding, all of that. That should be the program. That’s where I’d like to take it.

That’s where I see a film school like ours, having a progressive mindset, heading and having to adapt. Otherwise, you’re just talking about how films were made. That’s just a history class. We’re looking at how films will be made.

Miniflix: What is one of your favorite short films? 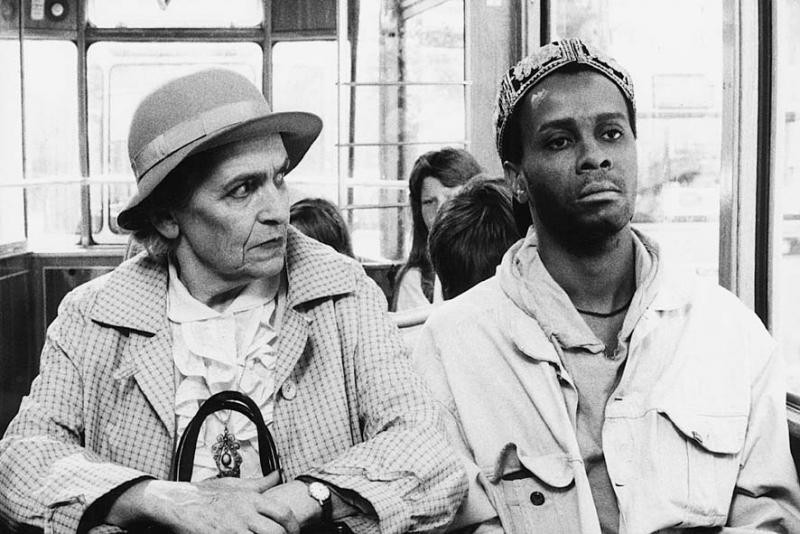 Mal: There’s a short film I saw when I was first taking German classes. It won an Oscar and is called Schwarzfahrer or Black Rider. Schwarzfaher means someone who is taking the tram without a ticket…but it also means someone who is black who is riding the tram. It’s a great play on words and a great short film. I brought it back this year because even though it was made twenty years ago, the subject matter felt very relevant. It’s about racism but done in a comedic way. Also the style, the way that it’s made, feels kind of antiquated but also kind of avant-garde. There’s a lot to unpack there and it sparked a really interesting discussion with our students.

Watch ‘Black Rider’ on Miniflix today, either on iOS or Android.

To learn about dBs Film Berlin, go to https://www.dbsfilm.net/.