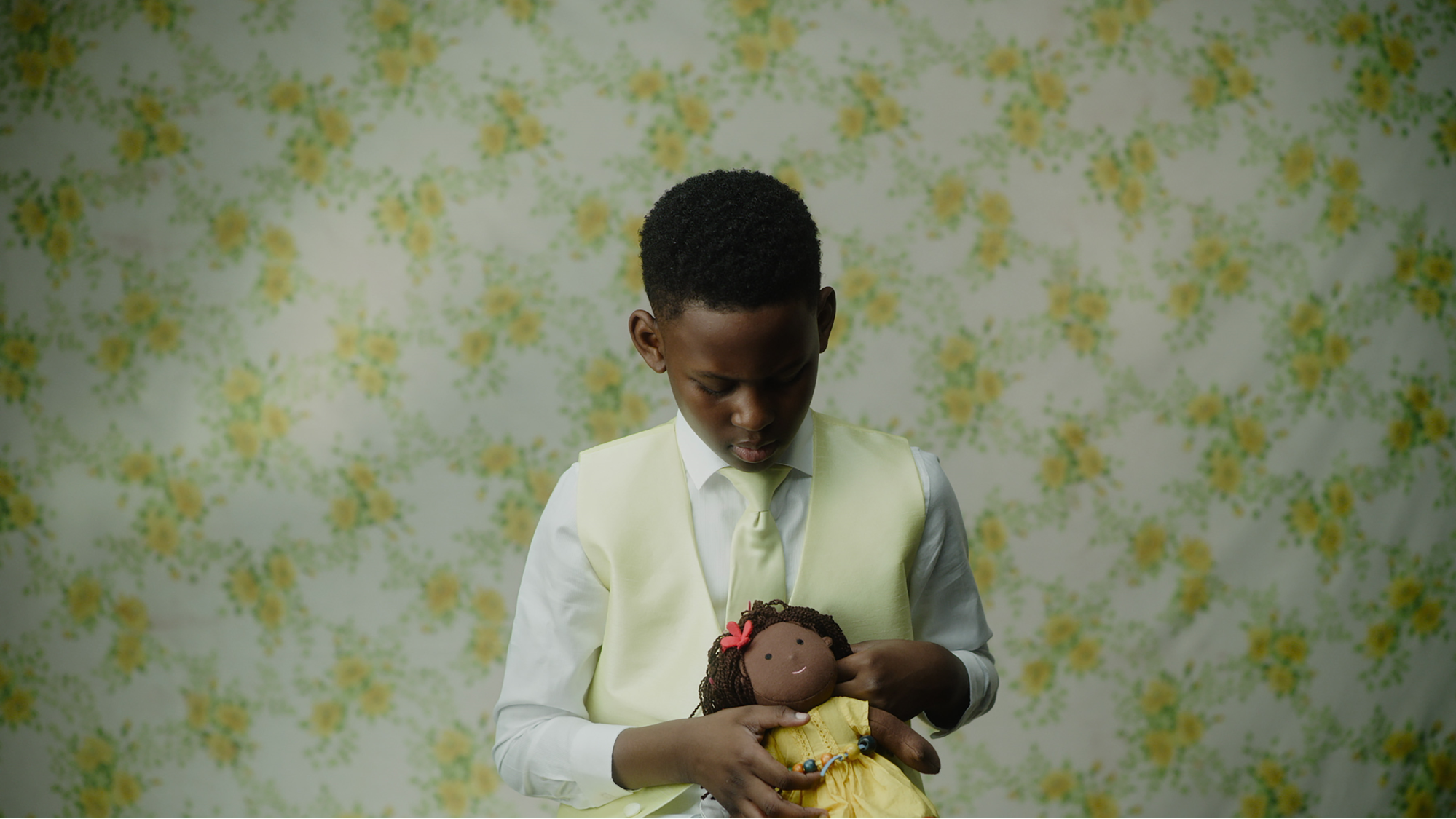 Martina Lee has been an artist for as long as she can remember. It started when she was growing up and taking a lot of art classes, particularly interested in painting and drawing. Despite not yet being a film major, Lee first truly got into the artform as an undergraduate in college. She was finding films that influenced and touched her in a deep way, as well as learning to read this particular form of visual language in the same way she did fine art.

After a few years, she returned to school but this time to learn the craft of filmmaking. She started all the way in Singapore (through NYU Tisch Asia), but once the program was discontinued she found herself having to re-apply all over again. She got into the prestigious USC film program for her graduate degree. Her most recent short, “Black Boy Joy”, comes two years after graduating from USC and becoming a full-time part of the film industry. This film, produced by Film Independent Project Involve in 2019, follows three generations of black men as they deal with the sudden loss of a family member and the struggles of raising an autistic boy.

Martina Lee talks with us about how “Black Boy Joy” came about, her filmic influences and the unexpected journeys that happen along the way of any film project.

Miniflix Interviewer: What was the genesis of “Black Boy Joy”? Did Michelle Sam bring the script to you, did you develop it together, or did it come together in a different way?

Martina Lee: Film Independent has a fellowship program called Project Involve. They pick  directors, writers, cinematographers, editors, producers and creative executives to work on films together. The program actually works as a mini-studio system. The writers pitch story ideas to the creative executives. Then the creative executive would pick the project they liked most and the writers would start writing them. Producers would then get attached to those projects and the directors would get to pick two projects to pitch on.

The writer of “Black Boy Joy”, Michelle Sam, and myself had personal connections to the story. The layers of specificity are what attracted me to her script. We both wanted to explore toxic black male masculinity through the loss of a loved one and raising a black boy with Autism.

Miniflix: Portraying someone with Autism can be tricky and a challenging role. What were the conversations like with yourself and Evan Alex about developing this character?

Martina: It was really important for Michelle and myself that Selim be on the mild to moderate side of the spectrum. The more research I did, the more I realized I needed to make a clear decision about what Silem’s sensory meltdowns were going to look like. Selim’s attachment to the doll in the script had to be connected not just because his mother gave it to him, but also because hearing and feeling the beads on the doll gave him comfort.

Once I figured out the specifics of his character, I was able to talk to Evan about it. However, when it came to actually acting, it came down to the physicality of the character. My approach to directing the sensory meltdowns was all about establishing levels to the behavior.  We established these levels in rehearsal and practiced a few times. Once we got on set we had a shorthand. Evan is the complete opposite of that character. He’s so outgoing and very much loves connecting with the other actors, so I had to remind him that Selim doesn’t make eye contact with people.

Miniflix: Color seems very important to this film. Yellow seems to be a dominant motif, particularly for Selim’s character. How did yourself and the production designer arrive at what colors to emphasize or de-emphasize?

Martina: When I first start a project and think about its visual language, I always start with the color palette and connecting it to the storytelling. It’s probably because I used to be a painter.  When I thought about the characters as I was reading the script initially, and then when I made my pitch during Project Involve, I specifically had these color palettes – Selim was yellow. Miles was green. Otis was blue.

I chose those colors specifically because it was a gradation of not just characters, but of where each person’s minds are in terms of masculinity. It made sense that Otis, the grandfather, was blue, because it very much connected with male identity.  Miles was a combination between Otis and Selim, which gave me green. For Selim, it was really important for him to be yellow.  He represents the future potential of what masculinity could be. 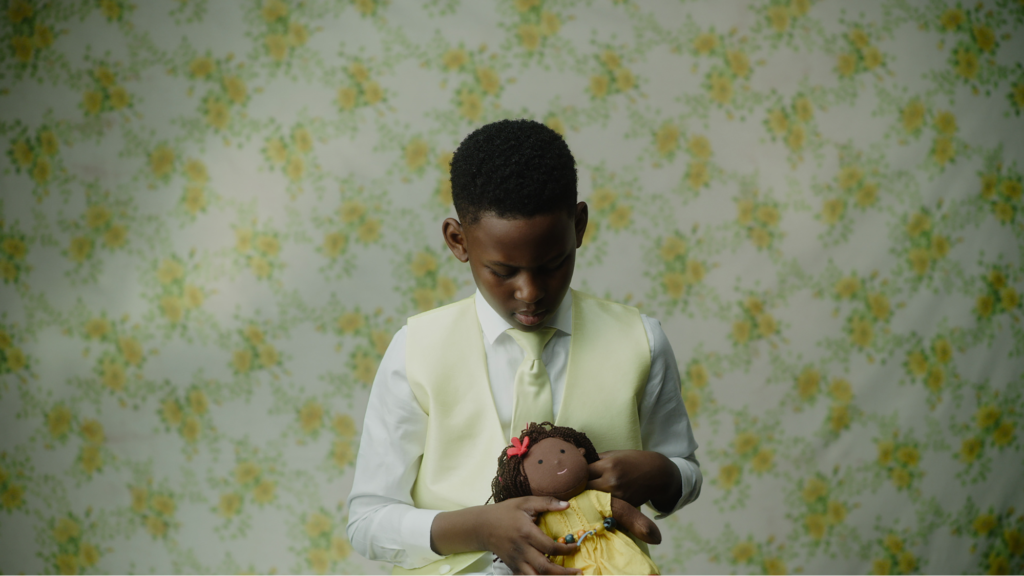 “Black Boy Joy” uses a yellow color motif to represent Selim and his conception of masculinity.

Miniflix: This is your first credited short since film school. In what ways did USC help prepare you for your first short on your own? What was something about the production process that surprised you this time around?

Martina: USC was a really great education for me. I produced multiple thesis films while I was in school.  It taught me a lot about what it takes to bring all the elements of a film together and how to navigate professional relationships.  It also gave me a really good sense of what the world was going to be like after graduation.  By the time I left USC I knew that only ten percent of my time was going to be spent directing.  The rest of the time was going to be spent trying to get the project off the ground.   I knew meeting my professional goals was going to take some time and I had a lot still to learn.

I wrote, directed, and produced my thesis film, Blueberry.  It was challenging to wear so many hats.  I knew for my next short I wanted to focus on just directing.  So, when I was presented with “Black Boy Joy”, it felt great to have a team of people that wasn’t just passionate about making the film but also brought their A-game. From the cinematographer to the writer to the editor to the producers, we all came together in a way that we all had agency and had stake in the game, which ultimately made the film better.

Miniflix: What does the future look like for “Black Boy Joy” right now?

Martina: We do have a couple of festivals still coming up this summer. We were accepted into Blackstar Film festival and nominated for Best Short Narrative. We are also nominated  for Best Director, Best Performance (Will Catlett) and Best Drama at the Cordillera International Festival.  The big one that we’re really excited about is ABFF (American Black Film Festival). We are a finalist for the HBO Short Film Competition. We’re up against four other phenomenal filmmakers and Black Boy Joy could air on HBO, which would be amazing!   I think it is safe to say, we are very excited about how things are going.

You can watch the trailer for “Black Boy Joy” right here.

You can also learn more about Martina Lee.