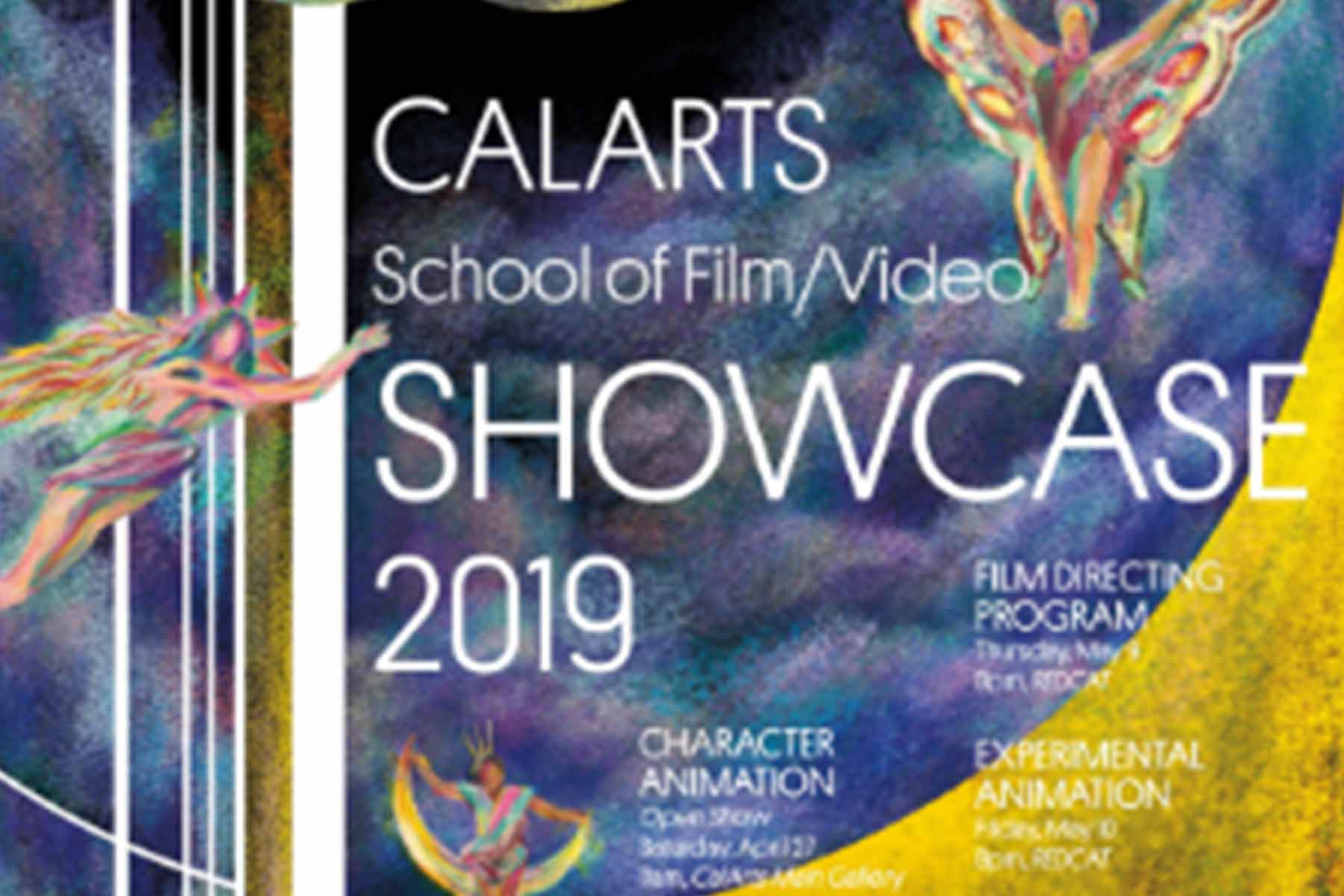 Quickly becoming one of the great film school destinations for international filmmakers, CalArts is really doing things the right way. Originally started in 1961 by Walt and Roy Disney, the California Institute of the Arts now helps artists in just about every major medium hone their skills and then go out into the world with great success.

The CalArts School of Film/Video has their own annual showcase, with sponsors ranging from Disney to Netflix to Warner Brothers and more. Unlike many film schools, who only showcase their graduate-level programs, CalArts invites student work from every program they offer (BA in Character Animation, BFA/MFA in Experimental Animation, BFA/MFA in Film and Video, MFA in Film Directing).

With screenings in key Hollywood locations, major representation tends to come and see what the best of this year’s student group has to offer. While many films were screened in 2019’s showcase, we highlight six in particular here.

~All of the 2019 showcase films can be seen in their entirety here.~

Logline: An experimental work featuring a man who dies and has an autopsy performed on him in which a jewel is discovered. More trippy stuff happens from there. 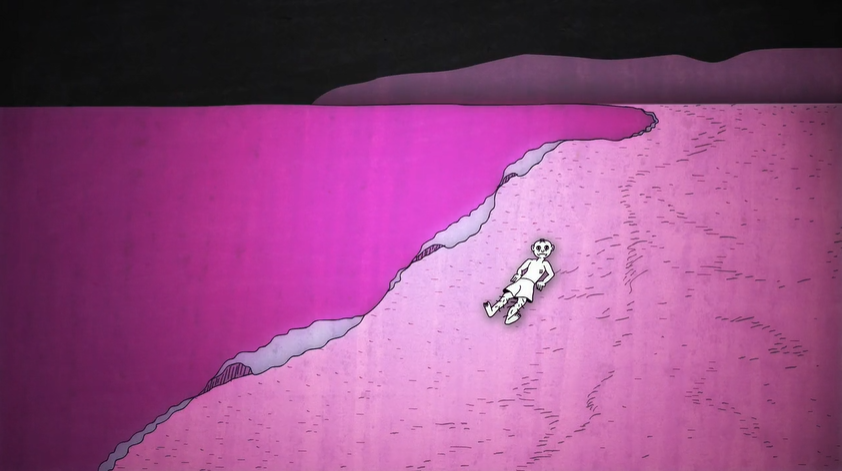 In just two and a half minutes, Isabel Higgins manages to create an experimental short that is vivid, resonant, and quite moving. Though impossible to locate what exactly it’s about, the film certainly shows Isabel’s capacity as a filmmaker to fully transport you, and make you buy into her created world. A 2018 graduate, Higgins is now using her talents for Adult Swim — she is a staff member on the show “Mr. Pickles.” We recommend watching more of her work, including the anti-gun satire, “The Right To Bear Love.” She uses her animation to bring a biting social commentary to light.

Logline: Sophie goes to a party in the hills of Los Angeles and has an existential crisis that fractures her reality. She hides in the bathroom only to find a deeper consciousness lurking in the mirror, desire cracking through the tiled floor, and fear made tangible in the overgrowth of the garden.

This gothic-soaked cell animated short uses surreal imagery and themes to put the viewer in Sophie’s frantic point of view. Paranoia, desire, and the uncanny await you at every turn. This is an example of a short that feels so fully-realized, brimming with detail not usually found in student animation projects. Each new moment brings with it unexpected imagery, dynamic movement, and a true sense of hallucinatory perspective. Yet the film always feels cohesive and singular, a testament to Anna Cangellaris’ vision at work. Her other work, including inventive GIFS and short episodic material, picks up where “Sophie” left off in its critique of the Hollywood hills reality TV lifestyle.

Logline: A robot tells us what exactly ‘this film’ is. 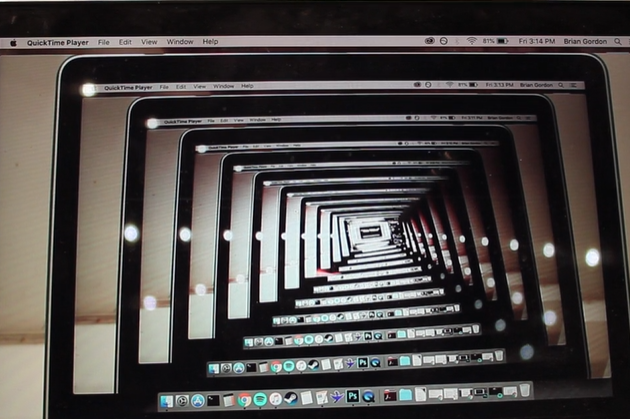 “This Film” is a playful but perhaps prescient warning about what a posthuman society (and a posthuman art) could look like. The central conceit is that the screen continues to mirror itself, retracting further and further back into a horizon line. Meanwhile, a robotic voice explains all of the objectively factual attributes of the film we are watching — what it was shot on, how long it is, the class that inspired the making of the film. More than mere gimmick, Gordon makes other subtle moves that cause serious reflection, including an ambient soundtrack of human voices in a hallway that remind us of our humanity. Plus there’s an ending we just can’t give away! Gordon had two shorts screen at the showcase this year, the other being his CGI meditation, “Part I: Stonehenge”.

Logline: A man visits someone in the hospital, but ends up reflecting on much more. 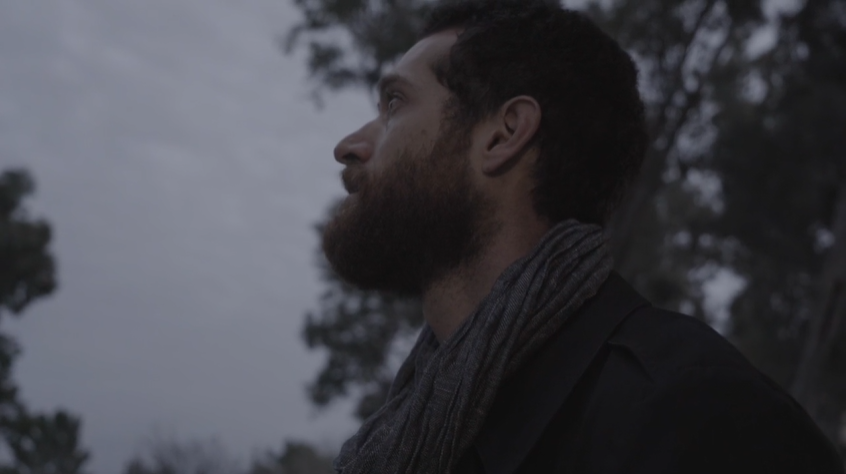 “Music For Hospitals” uses a free-flowing camera to follow our unnamed subject through shadowy hospital corridors. Irene Gil Ramon, like a Terrence Malick or Wong Kar Wai, looks to be waiting for something to happen — an accident or maybe a miracle. Yet, no matter how many times the camera comes in and out of focus, or delays a movement one or two seconds after its subject, the film always feels incredibly precise. No one speaks a word, and no one has to. Everything is communicated by the interplay between Irene Gil Ramon’s cameraplay and Nicolas Savignano’s inspired performance (who also works at CalArts as a videographer/editor). This quiet, contemplative film seems to exemplify Gil Ramon’s own interests in nature and the constant human seeking for rest and contentment.

Logline: A look at rural China through a personal lens. 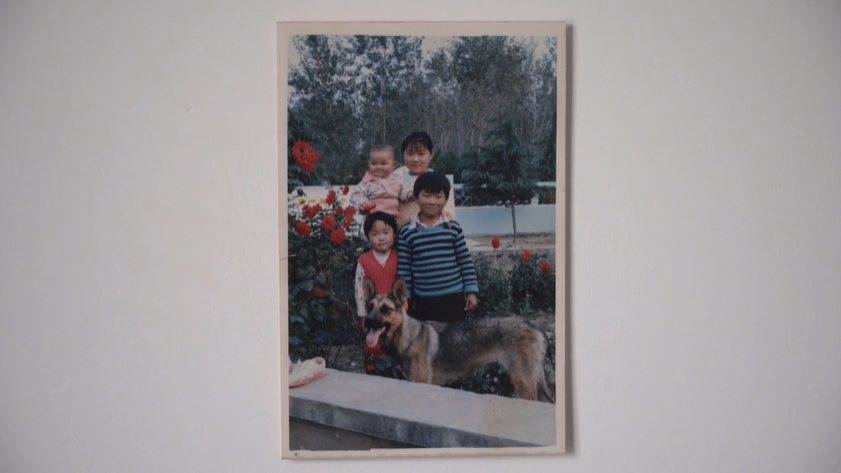 Yannan Huang was a long way from home when honing the filmmaking craft. First it was from Beijing to Chicago to study at the School of the Art Institute. After the completion of this BFA program, it was on to CalArts, where Huang continues to perfect a sharp documentarian eye. “The Place I Call Home” avoids all the trapping of the usual documentary (talking heads, lots of set-up and context) and instead lets you live with this Chinese family and see the people of this region as they live their day to day lives. Interspersed are narrative observations and reflections, but they only exist to add allure and inherent cinematic intrigue rather to “explain” anything. Huang has a strong humanistic touch throughout — and at 27 minutes, the film truly has a chance to breathe and exist in its environment. Huang has a very diverse register though, so we recommend seeing the past work as well.

Logline: A rancher and his son have a complicated relationship, which is revealed in a hybrid of documentary and avant-garde filmmaking. 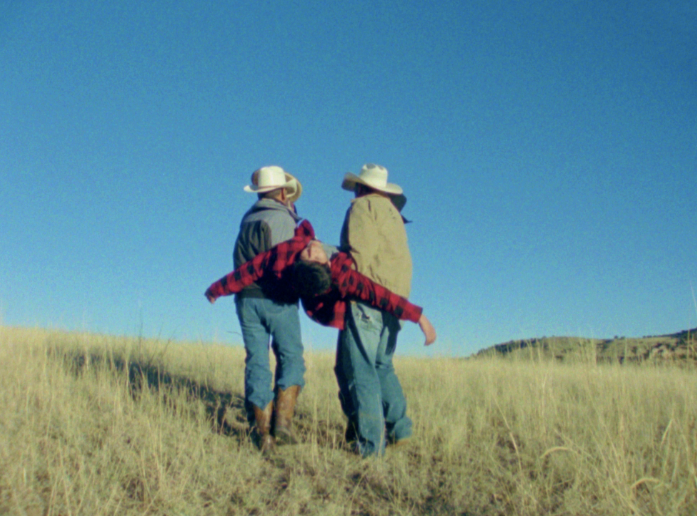 The only film on this list to have been shot on 16mm, “Alejandro & Miguel” (now titled “No Sé” on Horwitz’s personal website), is a gorgeous and mystifying experience. With a unique blend of cinema vérité and modern documentary techniques, Horwitz wastes no time in showing us the central tensions between its father and son subjects. The father only wants to provide for his son, but wishes he could do more. The son just wants to “fly away” (represented in a very moving shot) and become a filmmaker. Horwitz blends cinematic forms and genres to provide an intoxicating experience that feels both grounded and transcendent. His love for film can be seen in his filmography, with no less than four films on Super 8, and one other on 16mm.