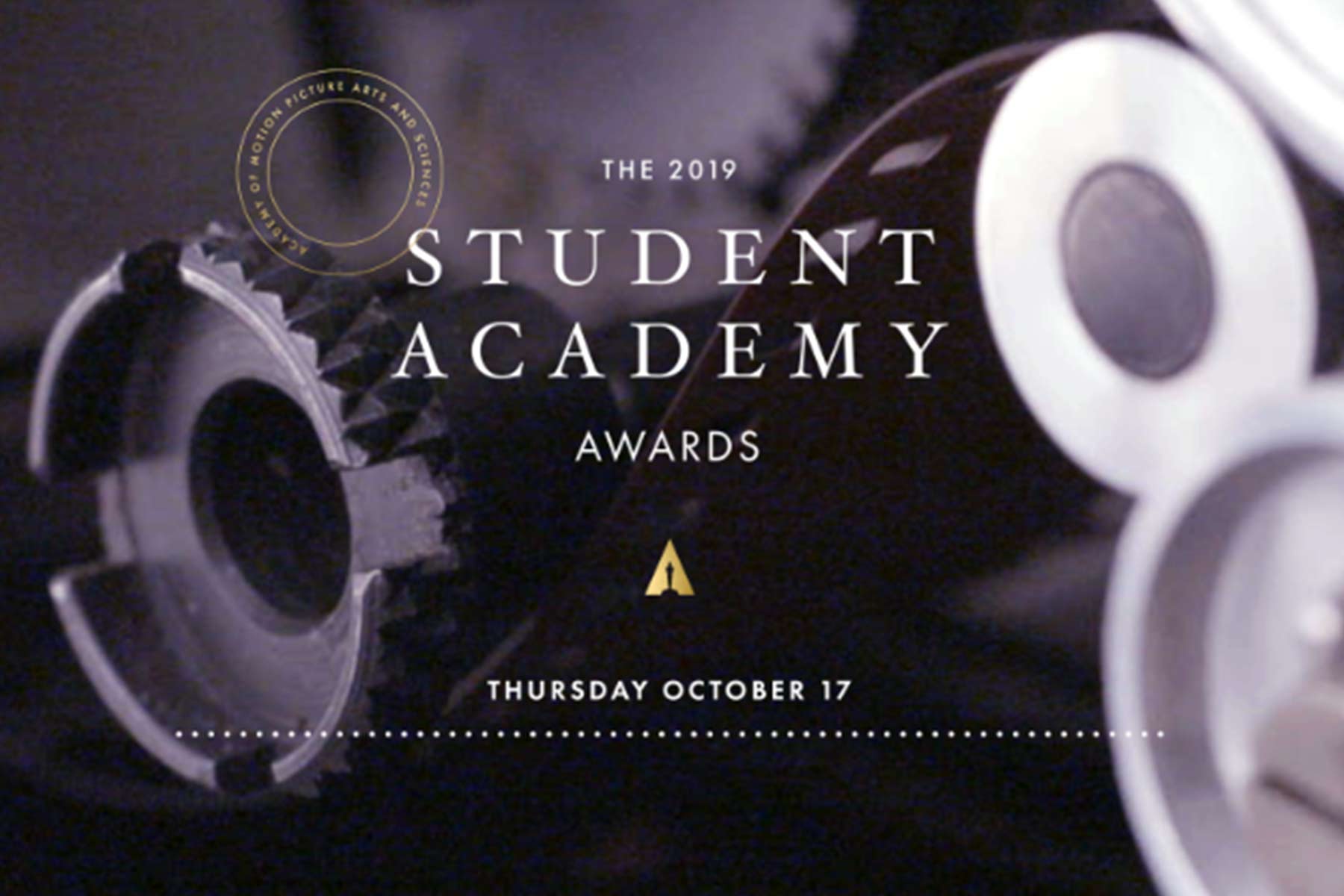 ~It’s the biggest film awards day of the year…for film students. The Academy of Motion Picture Arts and Sciences announced their list of Student Academy Award winners. Deadline’s got the full list of winners with many of the world’s top programs very well-represented.~

~Here’s a win for short film journalism! The University of Maryland, Baltimore County’s student newspaper featured a wonderful article by Angelica Mansfield. In it, she explores what makes short films really special, especially compared to features. At the heart of short filmmaking Mansfield finds “a kind of poetry” that “can speak to the soul and the mind if people look hard enough.”~

~Director Colin Trevorrow is hard at work on Jurassic World 3…but in the meantime, he’s surprising the world with a short film in the Jurassic universe called “Battle At Big Rock”. If you have FX, you can see the premiere on September 15th.~

~HBO Visionaries, a short filmmaking initiative that we’ve covered in a previous Film School Roundup, is finally opening up for submission later this week. If you are of Asian or Pacific Islander descent and have a 10–15 minute short ready, this could be the competition for you!~

~If you feel like making one or two short films a year is exhausting, you should meet John Morena. Cartoon Brew interviewed the 40-year-old animator who made one film per week…for a year. Yes, you read that right. See how it did it in the link.~

~The indie powerhouse distributor A24 has been on a roll. Now they’re partnering with Syracuse University to help bring A24-branded film screenings to the university clubs. Hiring on student interns, A24 hopes to bring a revival to film school screenings as cultural event. We hope it sticks — and expands.~

~Robert Downey Jr. may be retiring from the Marvel Universe (we think??) but he’s staying busy in other ways. The A-list actor is going to be honorary chair of “Searching for Sherlock: The Game’s Afoot” a project in collaboration with UCLA’s Film and Television Archive to discover and restore lost or incomplete Sherlock Holmes’ silent films.~

~Besides the Student Academy Awards, there was plenty of award-winning short filmmakers announced this week, with many major festivals winding down. First there’s LA Shorts Intl., who gave Best of Fest to “Esta Es Tu Cuba”. Then there’s Venice, with the winners of Best Short Film coming from student filmmakers at Columbia University. Then to Toronto, where we won’t get the announcement until Sunday.~

~Speaking of TIFF, there was plenty of great coverage regarding the Wavelengths section, with screenings comprised of short experimental and narrative work. Filmmaker Magazine and MUBI gave their thoughts on this year’s lineup.~

~The National has a great profile on Dean Archibald-Smith, a UK film festival programmer who is doing what he can to promote incredible worldwide short films that often don’t get a chance to be seen.~

In a world that worships the Almighty Eye, two siblings find themselves escaping from sacrifice, only to discover their world is not what it appeared to be.

Maestro give the voice to the animals, for a memorable symphonic performance.

In Virginia, Scarface started Streetbeefs in his backyard to combat gun and knife violence in the area. Soon it turned into something much more.