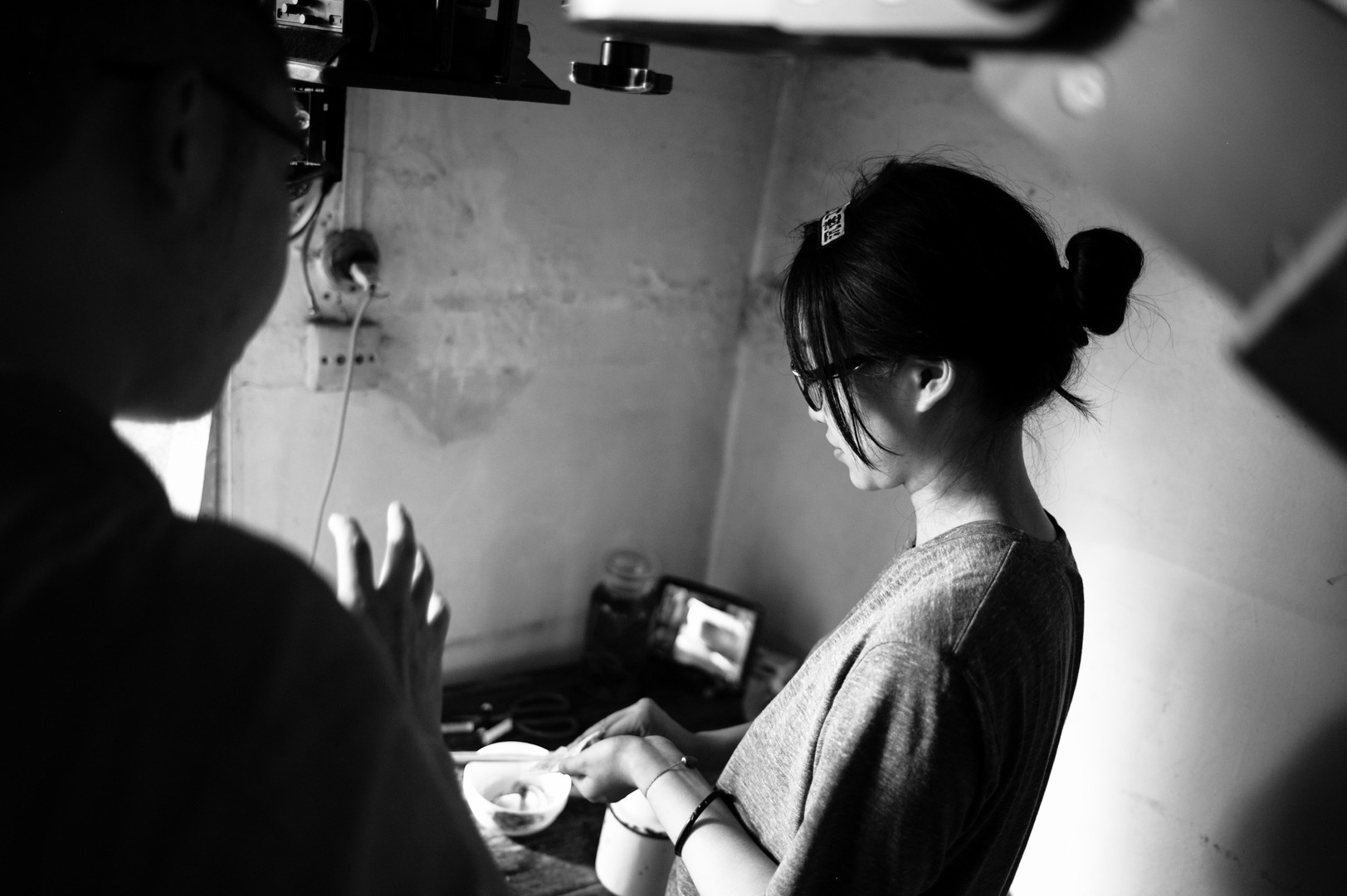 Each Film, An Evolution: A Miniflix Interview With Carol Nguyen 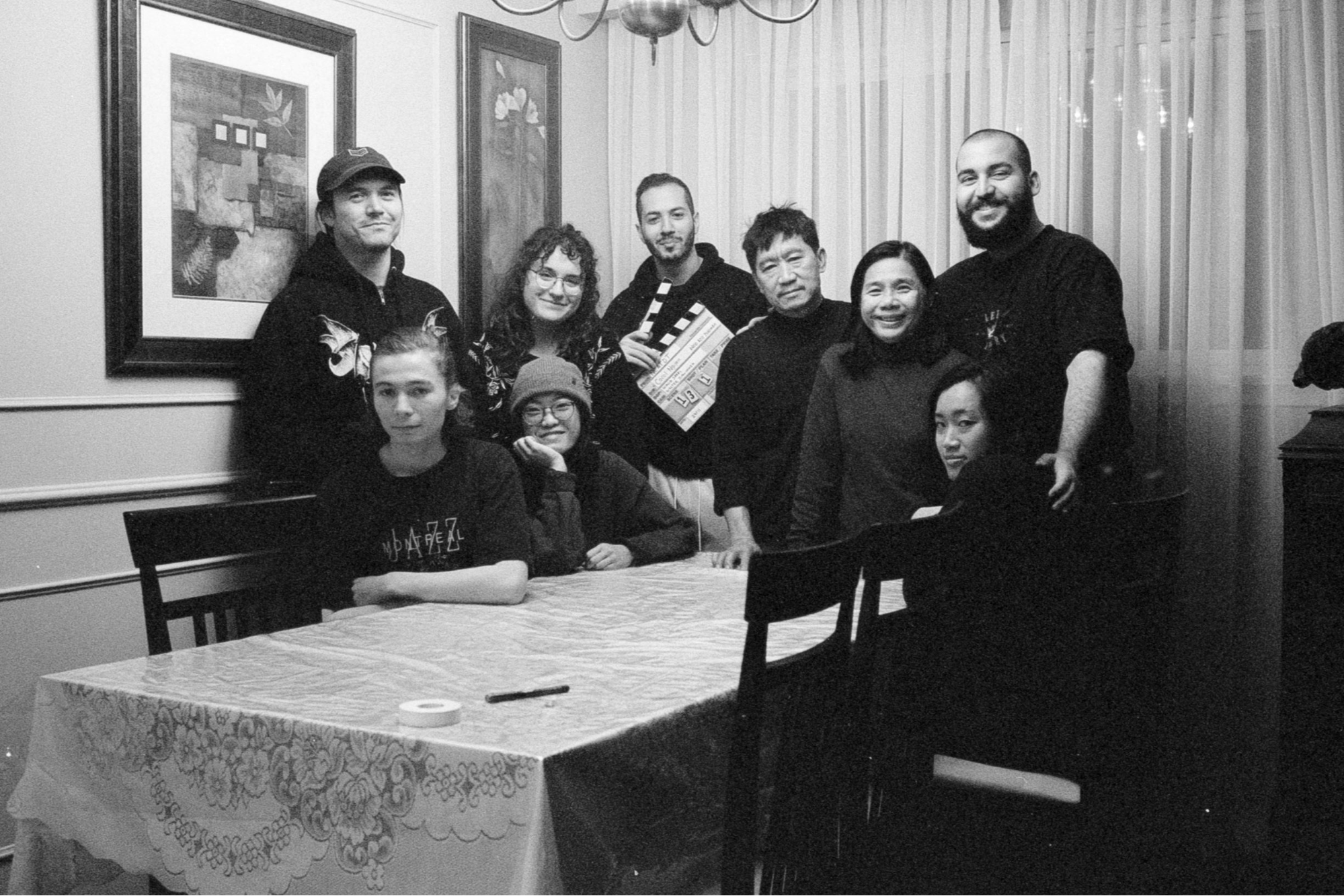 Each Film, An Evolution: A Miniflix Interview With Carol Nguyen

Few contemporary filmmakers in the short film space are exploring family history, trauma and intergenerational relationships as intimately and self-consciously as Carol Nguyen. With her latest short film, “No Crying At The Dinner Table,” (a TIFF 2019 Premiere and recent winner of Best Documentary Short at SXSW), Nguyen uses her parents and sister as the film’s main subjects to unearth family secrets and reveal the desire for greater love and connection that each one of us share. However, this isn’t her first short to deal with these themes. Over her last several films, Nguyen has been finding new ways – whether experimental, dreamlike or indirect – of cinematically reckoning with family dynamics and the real weight of living through one’s own history.

She talks with Miniflix about making “No Crying At The Dinner Table” and finding the inspiration to experiment with form and subject matter from her film school and from watching the films of other auteurs.

Miniflix Interviewer: With your previous three short films, you were already exploring family history, trauma and the memory brought about by sensation. How did you know, with “No Crying At The Dinner Table”, that you were ready to go to the source of the trauma so to speak, and to record actual interviews with your family?

Carol Nguyen: I didn’t intend to make this film actually. I wanted to make a narrative with a similar theme – how love assimilates over generations. Things like having to figure out what it means to write ‘I love you’ or interacting with my parents for Valentine’s Day or Mother’s Day. We had to navigate that kind of thing alone and learn that there’s different ways that love is expressed, that it is also a cultural nuance and not universal.

I was already interested in exploring that, and the way that I research for all of my projects is that I go to the people I know, then I go to articles and do research. It’s very methodological and mathematical in that sense…So I went to my parents and sister for their experience and their input, but our conversation ended up going deeper. I learned things that I never knew about them before. It really struck me, because it felt like since then I also carried a lot of secrets or burdens of my own, things that I never expressed to my family before because of the cultural conflict, the language barrier, the generational barrier.

So discovering that I knew this would be a bigger story than a simple narrative about love and assimilation of love was how “No Crying” first came to be.

Miniflix Interviewer: What was the process like for finding and recording the “portrait” shots of your family to juxtapose with the interviews? For example, your sister in the bathtub or your mother in the kitchen cutting up fish. Did those visual ideas come organically or in conversation with your family?

Carol: I wanted to keep those portraits as natural as possible, so I thought of what my mom or dad would be doing right now if they were at home. For my mom, that is cooking. For my dad, it would be him in the living room reading the newspaper or praying, which are images that I see of him alot. For my sister, it had been so long since I’d lived with her. So I really wanted to find a moment that she had privately to herself where my parents could not invade. That was her smoking in the bathroom. That was interesting for me, because her moment of smoking acted not only as a moment of stress relief but it was also a secret that she hid from my parents. I tried to make those moments of solitude as close to the real person as possible.

Miniflix Interviewer: Your family members were on-screen collaborators in other shorts, even before “No Crying At The Dinner Table“. Did this relationship of directing your family members start out of necessity? What is the dynamic like in having your mother, for example, not only be a central subject of a documentary but also be the lead in a narrative short (“Tundra”)?

Carol: It was definitely out of necessity first. When you’re a film student, you don’t have a lot of options for actors, so my parents and family would be there out of necessity. But then as I started to develop more of the stories I wanted to tell, it felt right to cast them for a film. For “Tundra”, as an example, I actually auditioned many Vietnamese-Canadian women. In the end I couldn’t find anyone, but the character I’d written was based off of my mom. So I decided to audition my mom, figuring “what can I lose at this point?” I used a crying scene, what I thought was the hardest scene of the film, as her audition piece. Once she started crying, she couldn’t stop and then I knew it would be her.

Even up until this point, I sometimes think to myself how weird it must seem to use my family all the time, that my mom has been in the past three films of mine. I don’t think it’s weird at all, because you can use the same subject to tell the same point but you can hit a new angle every time. I see each film as an evolution of me as an artist, filmmaker and daughter. Even though they are portraying themselves or a different character, it changes through who I am as a person. When I have those doubts, I also look at filmmakers like Hirokazu Kore-eda, one of my biggest inspirations. He uses the same lady to play the same character of the mom in all of his films. So I know that I can do it. It just so happens that the lady is my mom too. 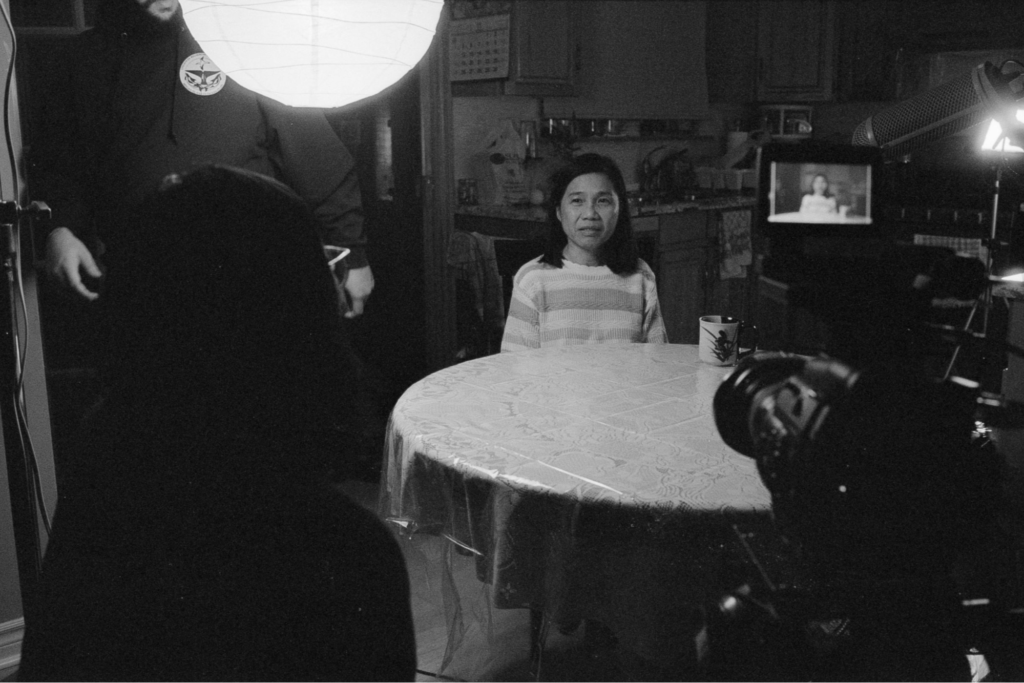 Miniflix Interviewer: Any particular documentaries or filmmakers that inspired this latest film?

Carol: There’s three documentaries in particular. One is Minding The Gap by Bing Liu. That was at Sundance two years ago. Another is The Stories We Tell by Sarah Polley. In both films they interview their parents. I definitely don’t see them as standard documentaries, because they play a lot with time and editing. Then there’s also a film called After Life by Hirokazu Kore-eda. It was made in 1998 and it’s one of my all-time favorite films. It merges documentary and narrative together very seamlessly. Up until I’d watched that film last year, I’d never seen a film that plays with genre-blending so well.

Miniflix Interviewer: Did you ever consider making this into a feature? In a way, I feel like this film, “Every Grain of Rice” and “This Home Is Not Empty” could all work as a thematic trilogy, or even somehow come together as a feature documentary.

Carol: I don’t think I would want to turn any shorts I’ve made into features. I think I would explore blending those styles together in a feature, perhaps. I am in the development phase of my first feature now and it will be blending experimental narrative and documentary, so in a way, yes.

Miniflix Interviewer: I understand that you have recently completed film school at Concordia University in Montreal. If you could only choose one thing about film school that helped you specifically with your filmmaking craft, what would it be?

Carol: Yes, I’ve recently finished school – just awaiting a graduation ceremony, unless that will be cancelled too, due to the virus. Film school has helped me a lot. I think the first thing is having good mentors and professors. There are two in particular that really helped me embrace my voice and encouraged me to tell stories that wouldn’t be told in a conventional way. The second is that Concordia itself is a very auteur-focused film school. So it’s not commercial – they don’t really train students to fulfill a particular role. They really allow you to mix and explore the roles. I never felt restricted to the idea that I could only be a director, or only be an editor or a grip or whatever role. I got to try different things and really find my way in a safe environment. The flexibility that that particular film school offered has allowed me to play and to do trial and error – sometimes that’s all you need. 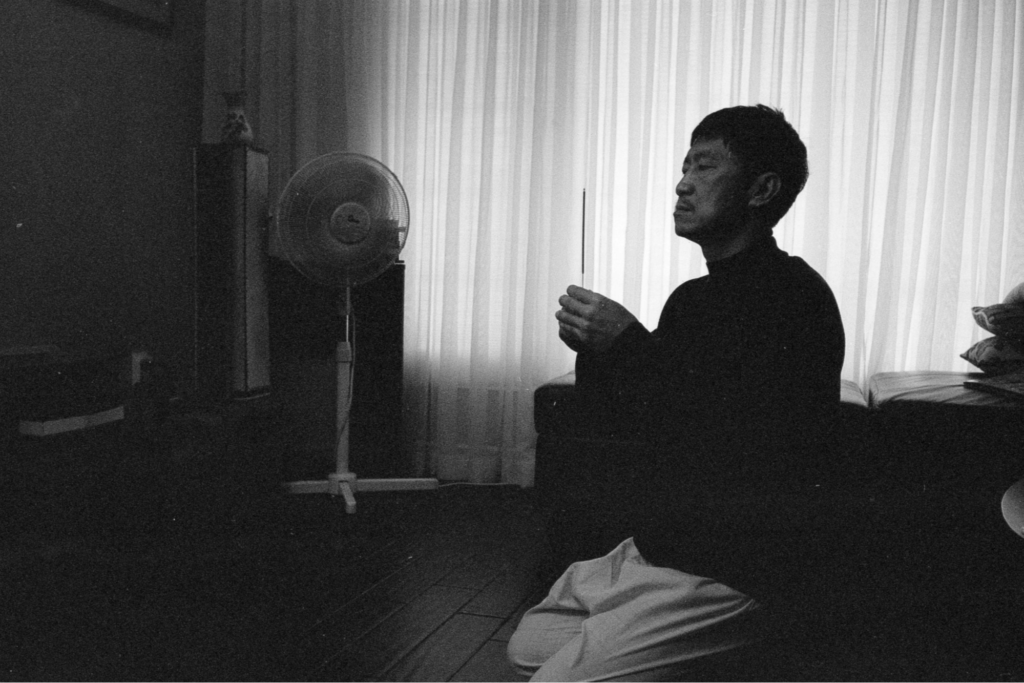 Miniflix Interviewer: Were there any particular stories, moments or surprises that came from the festival reception to “No Crying At The Dinner Table”?

Carol: I initially thought that this film was going to resonate particularly with Asian audiences – and it does, because a big part of the film is culturally specific. But I didn’t expect such a wide audience to feel impacted and to relate. It makes me realize how imperfect families and family dynamics are. That’s something that’s universal.

Miniflix Interviewer: Any short films that you’ve seen recently and would like to shout out?

Carol: I’m going to shout out some of my friends who also have South by Southwest Festival shorts on Mailchimp.

To Watch “No Crying At The Dinner Table”, go to https://mailchimp.com/presents/sxsw/no-crying-at-the-dinner-table.