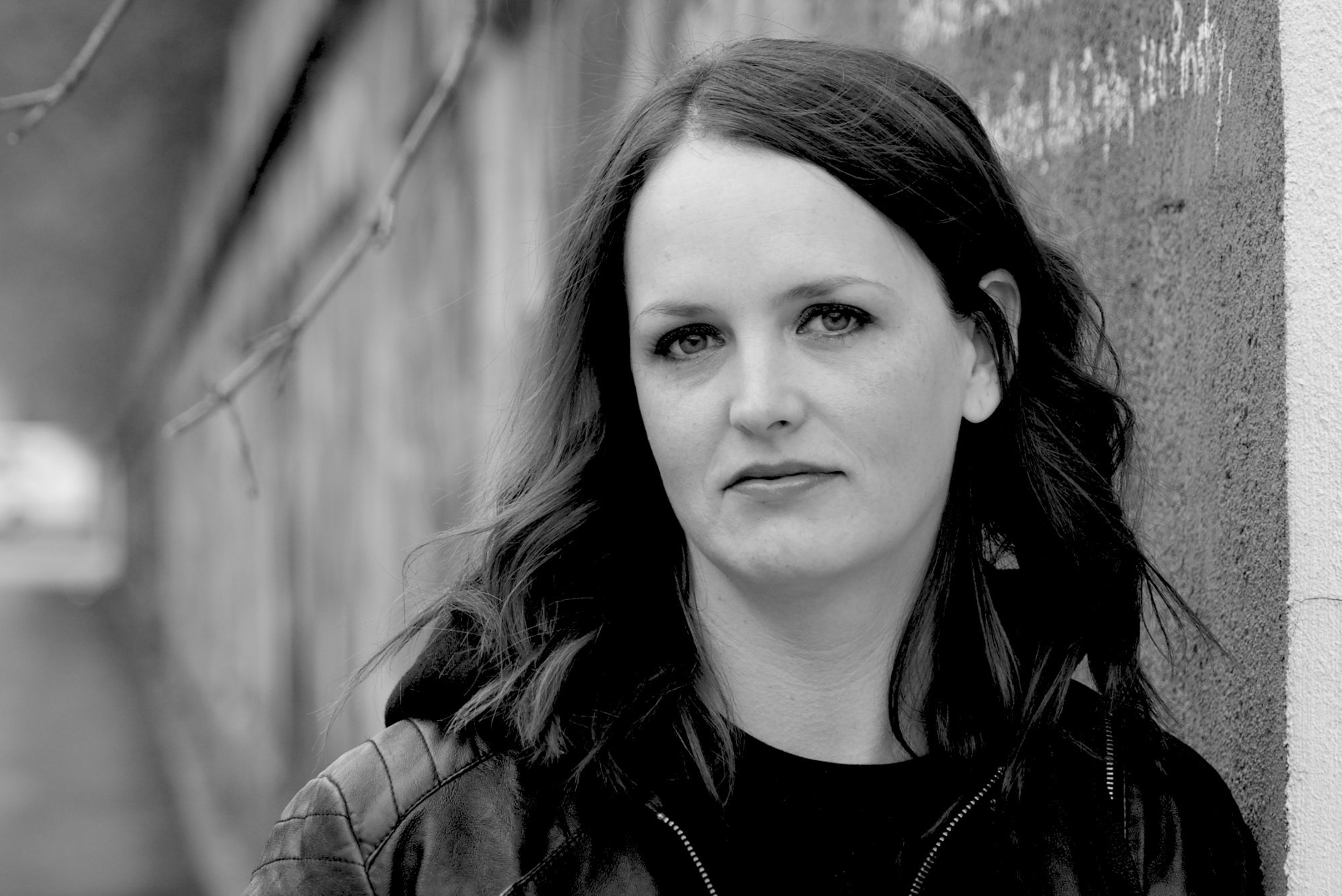 Creating Cinema Out Of History: A Miniflix Interview With Jennifer Boles

Creating Cinema Out Of History: A Miniflix Interview With Jennifer Boles

Many filmmakers know they want to make movies since childhood; for Jennifer Boles, however, the realization came deep into a different budding career track. She discovered the formal and rhetorical possibilities of filmmaking for the first time while getting her PhD in history. The art of film inspired her to try and transform archival research and historical investigation into something more visceral and accessible than the average academic article. Her newfound passion, combined with a global recession and a shrinking market for new academics, led to Jennifer dedicating herself fully to a new kind of experimental documentary short. Particularly in her two most recent projects, “Hall of Fishes” and “The Reversal”, she relies on archival footage and unique sound mixing to re-investigate history through cinema.

Jennifer talks with us today about research, working with large institutions while keeping your own voice and creating incredible mood pieces out of historical facts.

Miniflix Interviewer: I’m very curious about what your research process is like. In particular, I’m thinking of your two most recent films, “Hall of Fishes” and “The Reversal”. Both rely on archival film footage and photographic evidence, which I must imagine was a painstaking and involved process. Both deal with the human and ecological toll that industrial development and powerful deal-makers can bring. Where do you start when you approach projects like these?

Jennifer Boles: That’s a good question and one I think about often. “Hall of Fishes” was actually sort of accidental. I wasn’t even looking for anything like that. I often go looking for weird, obscure archives and not really knowing why. So it was very accidental how I found that set of videos in the Field Museum archive. It spoke to a lot of things I’d been thinking about at the time, but I wasn’t actively searching these out.

For “The Reversal”, I was researching the Chicago River for awhile already. But I had no idea that the project I was working on would be archival. I just spent a lot of time learning about this interesting urban river and also learning about the city. I spent time working with the Metropolitan Water Reclamation District. I’d go on little trips with them to the Sanitation departments. We’d also go on little boat tours on the river and toured some of the underground plants. Again, this was more experiential work at first. I was just trying to be there and perceive and understand and discover all the intricacies that allow this crazy urban river to work, and not work.

So the guy I was working with at the Metropolitan Water Reclamation District gave me a collection of files and images related to the river’s history, knowing that these archives might help me out. That’s when I discovered the photo archives, a vast collection of thousands of images taken over several decades by the city to document the reversal of the river and the ongoing construction of the vast network of man-made canals, tunnels, plants, etc.

At first, I didn’t know how the hell I was going to piece it together. I didn’t really even know what I was looking at half the time. But then I decided I was going to put aside all the other work I was doing and just really dig into this archive. The challenge for me was to make something moving out of it. 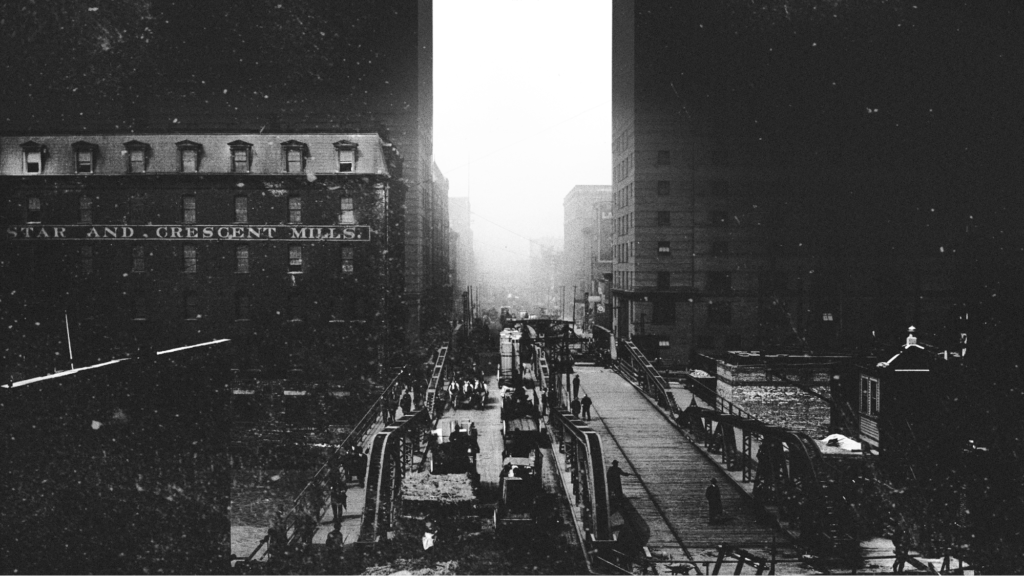 “The Reversal” animates thousands of archival photographs with an original soundscape composition to experience the formative years of our contemporary planetary crisis through the history of an urban river.

Miniflix: With a photo archive so large and so detailed, how did you finally decide on a structure?

Jennifer: The path that I chose was all through a process of being immersed in the archive. I’d narrow things down then bring them back up, then narrow them down and bring them back up again. I’d look for patterns, for ways to try and find movement with them. Thankfully, the archive was organized by year. There were even some notes that the photographers had taken, so I was able to know where we were in time during a particular photograph.

At first, I thought I was going to get really specific and detailed about time and place. But then I realized that I was being too much like an historian in my thinking. So I stopped doing that and started to go more with my gut and what I thought would fit together in different kinds of ways. I’d start to throw time  out the window, then space, then place.

I started to think about the film through the lens of movement and shifting notions of time and space, both in the past and in our present. Since I didn’t have a built in structure, narrative, or any kind of soundtrack to drive the edit, it helped me to think about the film as if I were creating a musical composition out of the thousands of fragments, both visually and sonically. I started to assemble it with the local history in mind, but what drove me more was thinking about it allegorically, as an allegory of relentless capitalism and empire.

Miniflix: As an archivist who is also a filmmaker, are you ever worried about being allowed to say what you want to say about society while using an institution’s historical artifacts? In the case of the Field Museum and the Chicago Sanitation department, you are offering an unsparing critical eye.

Jennifer: It’s a good question because in both films I am being critical. So, sure, I was nervous about that. With “The Reversal” especially, being a much more ambitious project. I didn’t know how they would respond, but I ended up just giving them the film. I did need their permission to use the footage obviously. I was terrified, but I was very open and transparent with them. They actually responded very well to it.

With “Hall of Fishes”, I think one or two people watched it but they were just glad someone was using their archive. That footage was from such a different time period, so they’re probably just as critical of the practices depicted as I was. 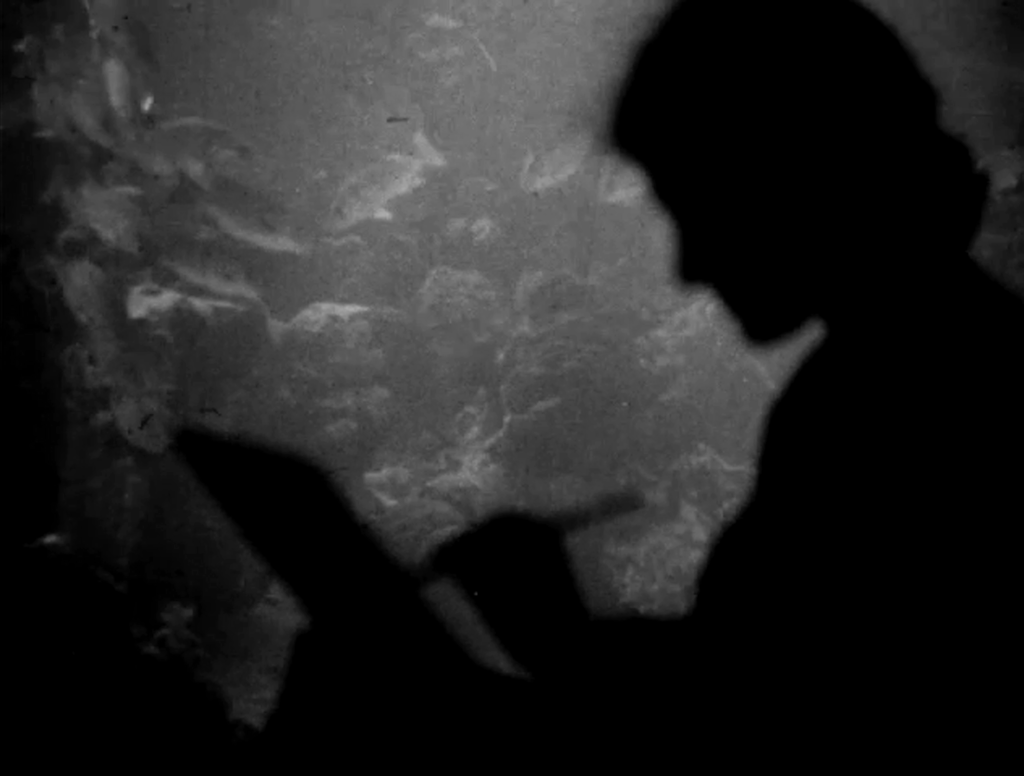 In “Hall of Fishes”, The earliest moving images of the ocean floor are recomposed to illuminate the colonial webs of power shaping desires to see and know the ocean.

Miniflix: What’s your background in sound recording, editing and mixing? Some of the most distinctive parts of your work come in your detailed and layered soundscape, so I’d love to learn how you developed your sound effects.

Jennifer: I learned most just by doing. I was always very interested in sound, especially as I got less interested in the idea of making films with much exposition. So sound to me has always been very important. Really starting with “Cowboy Town”, I tried limiting myself to just using field recordings of the space. Then I would go in and make them sound hyper-real and use that as a way to try and drive the narrative.  In “Hall of Fishes”, I used underwater field recordings by an incredible sound artist, Jana Winderen. She gave me access to a bunch of her compositions, so I mixed them. The whole first part of the film was really a mix of underwater recordings; then I added layers of my own recordings after that, including some foley. That film was more mixing and less production on my end.  With “The Reversal”, the goal there was to put limitations on myself and really make the film driven by field recordings that I’d do in the Chicago area as well as by old archival sounds that were taken in the same time periods and settings as the photographs. I did a lot of wandering around Chicago and listening, experiencing Chicago in a sonic way. Very little of the sound was produced in-studio. I started doing the mix for it but eventually handed it over to my collaborator, Suli [Stuelpnagel], who is just a genius. This was the first time she’d done a project quite like this. She usually mixes more conventional work; this was her first experimental sound design. I’m continually learning more about sound. I took a lot of classes on sound, but besides that, I didn’t really have a background in it.

Miniflix: Do you have a favorite or most influential short film?

Jennifer: The most inspiring short, the short that really helped me to imagine archives in a more experiential and visceral way was Bruce Conner’s “Crossroads”. I was lucky to see that in the theater for my first time viewing, and it blew me away. I had been thinking about different ways of dealing with archives, but I hadn’t seen something before with so little exposition, that instead used the power of repetition and sound design to create meaning.  To learn more about Jennifer’s work, visit https://www.jenboles.net.
Love1191
0
Love1191 Share Tweet Share